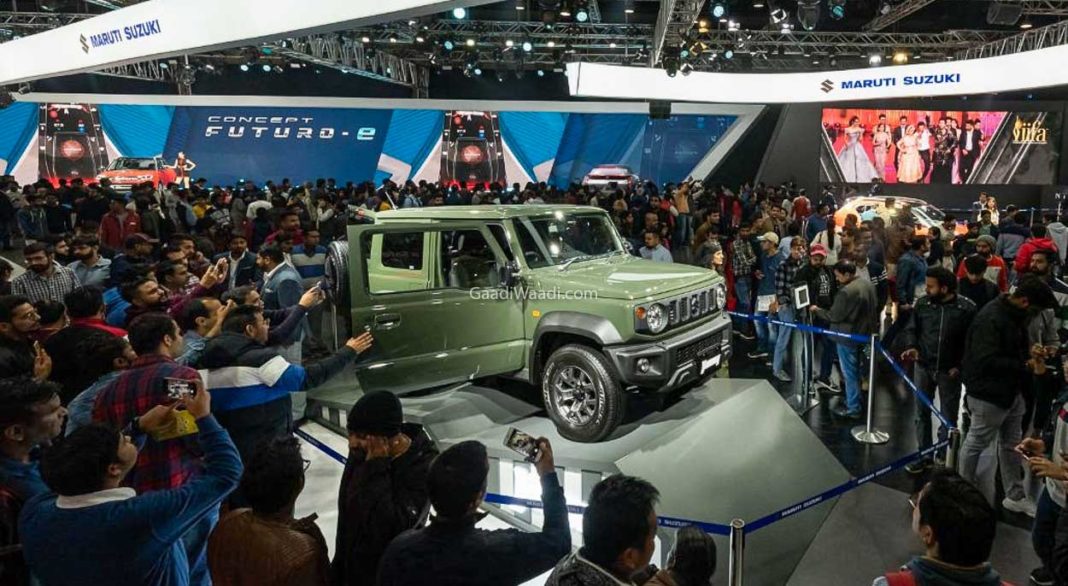 There are not many new motorcycles at the ongoing 2020 Delhi Auto Expo but as many as 7 cars, including Maruti Brezza facelift and Jimny, turned out to be major crowd-pullers

The latest edition of the Auto Expo is underway at India Expo Mart, Greater Noida from 7-12 February. Most motorcycle manufacturers have decided against attending the latest motor show, which is somewhat of a major disappointment for enthusiasts. However, there are as many as seven four-wheelers that have turned out to be huge crowd-pullers.

The first of these is the Maruti Suzuki Jimny, which was put on show on the second public day of the motor show. The Jimny should launch in India by 2022 and will be a logical successor to the Gypsy. It is based on the HEARTECT platform and carries a 1.5-litre petrol engine. Another Maruti model that managed to grab enough eyeballs is the facelifted version of the Brezza. The refreshed model will launch in India in the coming days and will be available only with a petrol engine.

Another show-stopper at this year’s Expo is the second generation of the Hyundai Creta. The all-new SUV shares its platform with the Seltos and will be available with the same 1.5-litre engine options. It will also offer pretty much the same set of features, including an electric parking brake and a wireless smartphone charging pod.

Another interest new car from South Korean is the Kia Sonet, which has debuted in a concept form. It will spawn out a Maruti Vitara Brezza rival in future. The Kia Sonet will share aplenty with the Hyundai Venue and will have the same engine and platform. One of the most interest models at the Expo is the Tata Sierra concept.

The new version of the company’s iconic SUV is designed as per the IMPACT 2.0 theme and will give birth to a Hyundai Creta rival in the future. Currently, it has an EV powertrain but petrol and diesel variants should be available once the new SUV goes on sale. Another crowd-puller at the Expo is the MG Gloster, which will soon become the flagship product from the Chinese-owned British car marque.

The MG Gloster is based on the Maxus D90 and will rival the likes of Toyota Fortuner and Ford Endeavour. The last model in our list is the Skoda Vision IN, which is a concept car that will give birth to a Hyundai Creta and Kia Seltos rival very soon. It will be underpinned by the much-anticipated MQB A0 IN platform.