Tata Motors is working on plenty of new electric vehicles for the Indian market, and here, we’ve listed all Tata EVs that are slated to launch here

Tata Motors is currently the leader in the Indian electric car market, thanks to Nexon EV and Tigor EV. To maintain its top position, the homegrown auto manufacturer is planning to expand its electric passenger car range in our country. For fans of the brand and of electric mobility, this is exciting news!

Here, we have listed all EVs that Tata Motors is confirmed, as well as speculated, to be working on right now.

Tata Motors is working on an update for the Nexon EV, likely to launch in the coming months. The electric SUV will get a long-range version, expected to be powered by a 40 kWh battery pack, which will be sold alongside the current (standard range) version. We expect a few changes to the exterior and interior design, along with a few additional features.

Tata Tigor EV was spied during a road test recently, giving rise to speculations that the electric sedan will get a long-range version as well. Details about the technical specifications are a mystery right now, although we’re sure that the Tigor EV long-range will be significantly more affordable than Nexon EV long-range.

Tata Altroz EV was showcased in India in near-production at the 2020 Auto Expo, but it is yet to launch. The pre-production version had a target driving range of around 300 km, and it was identical to the regular (IC engine) version of Altroz in design, but with blue highlights on the exterior and interior.

Tata Punch was launched in India just a few months ago, and it has already become one of the most popular SUVs in our market. The homegrown manufacturer is considering introducing an electric version of its micro-SUV, which could be the most affordable EV in Tata’s lineup when it launches. The technical specifications are unknown at the moment.

At the 2020 Auto Expo, Tata Motors had also showcased the Sierra EV concept, which attracted a lot of attention from the attendees. Development of Tata Sierra EV has now commenced, and it is expected to launch by 2025. It will be underpinned by the brand’s ‘Sigma’ platform, which is dedicated EV architecture based on the ‘Alfa’ platform. 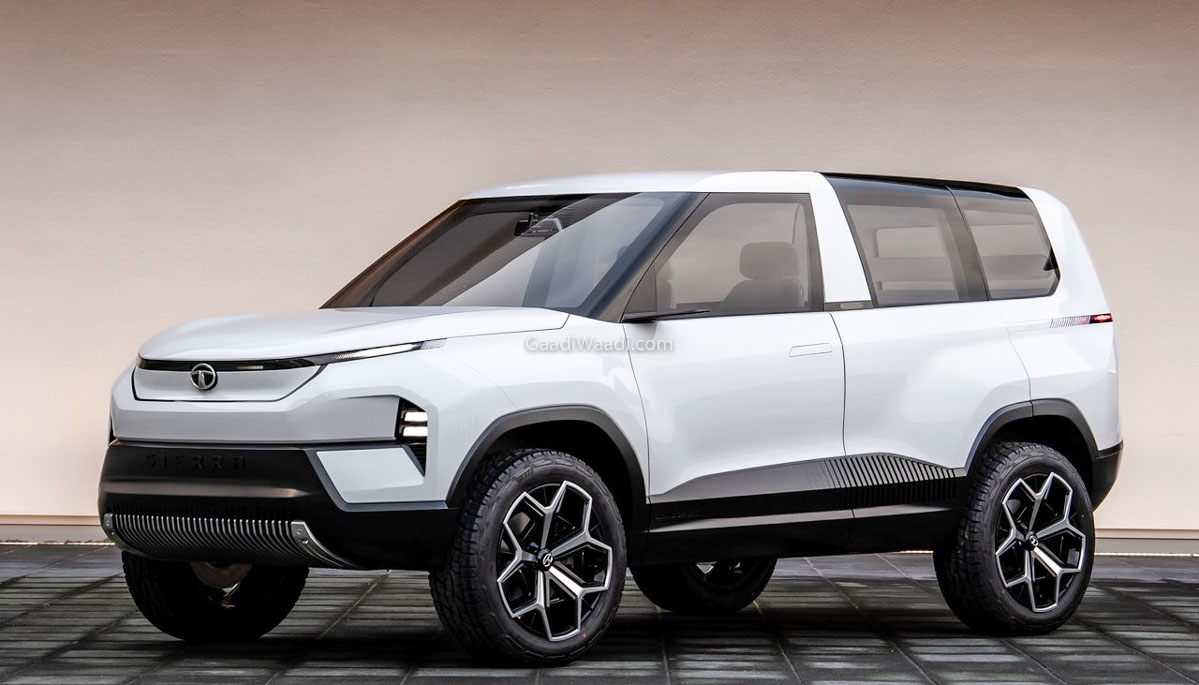 Tata Motors is working on a new midsize SUV for the Indian market, based on an altered version of Nexon’s platform. This upcoming SUV will first go on sale with an electric powertrain (with the IC engine version arriving later), expectedly sometime next year. It will likely get a 40 kWh battery pack, the same as expected on Nexon EV long-range.