Skoda has officially revealed the 2020 Rapid in Russia, and the next-gen of the C-segment sedan will be brought to India in 2021

The current-gen Skoda Rapid has been on sale in India since 2011, with only one mid-life refresh in 2017 along the journey. The Czech carmaker has unveiled the second-gen Rapid in Russia, and the car will make its way to the Indian market in 2021.

In terms of design, the 2020 Rapid borrows a lot of styling cues from its sibling, the Scala hatchback. The wider front grille with piano black inserts and chrome outlining, triangular headlamps with LED DRLs and the slimmer fog lamps can all be attributed to the Scala.

The silhouette of the previous-gen model has been retained, but expect the car to grow a few inches longer and wider than the outgoing model. The base model will ride on 14-inch wheels, while higher trims will get 15 or even 16 inches. 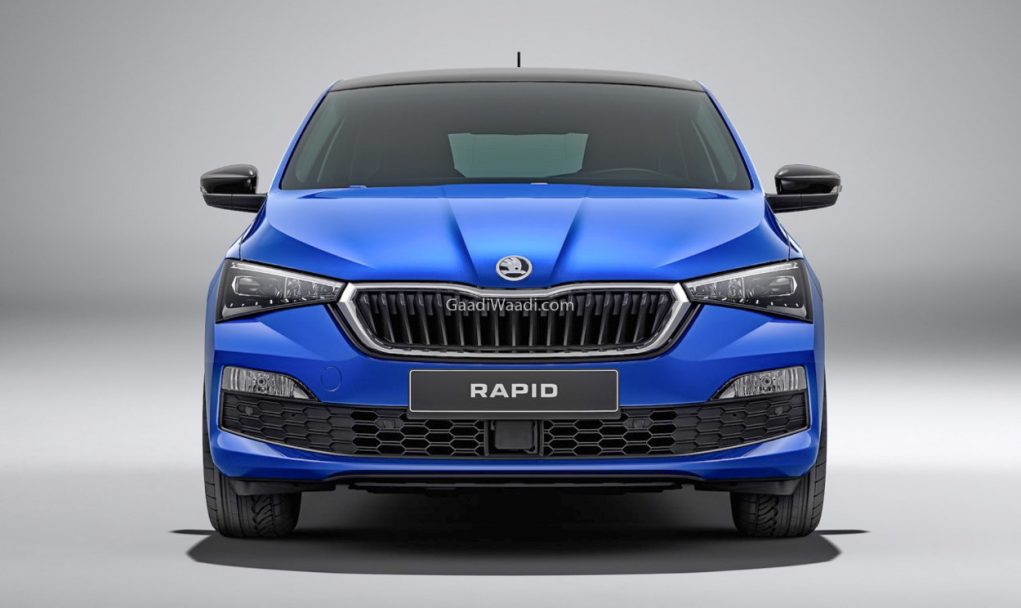 At the rear, the 2020 Rapid sports boomerang-shaped tail lamps similar to that on the Kamiq SUV. The SKODA lettering is placed on the tailgate, which is now a notchback unit like the Octavia and the Superb. The C-segment sedan also sports a rear wiper along with a lip spoiler, but the former will likely not make it to the India-spec Rapid.

The inspiration from the Scala continues inside the cabin, albeit in an all-black theme. It gets an 8-inch floating touchscreen infotainment system which will, of course, be integrated with smartphone compatibility. However, Scala’s climate control dials have not been carried over to the next-gen Rapid.

Apart from the large fully-digital multi-info display, Skoda also confirmed that the 2020 Rapid will get an optional heated two-spoke steering wheel, which could resemble the one on the new Octavia. The Russian-spec Rapid comes with LED headlamps and tail lamps as standard, while Front Assist System, front and rear parking sensors are optional. Under the hood, the 2020 Rapid will be powered by a naturally aspirated 1.6-litre petrol engine in two states of tune – one with the output of 90 hp and the other producing 110 hp. The said engine will likely come paired to a 5-speed manual gearbox. The car will also be equipped with a 1.4-litre TSI engine rated at 125 hp and mated to a 7-speed DSG.

In India, the next-gen Rapid will be based on Volkswagen’s MQB A0 IN platform. The 1.5-litre diesel engine on the current-gen Rapid sold in India will be discontinued once the BS6 emission norms come into action. However, a new 1.0-litre TSI engine will be introduced with the new Rapid in 2021. The second-gen Rapid will start reaching dealerships in Russia in the first quarter of next year, however, as mentioned earlier, we will have to wait till 2021 to get our hands on the new-gen model of the C-segment sedan.

As of now, Skoda retails the car in India between Rs 8.81 lakh and Rs 14.25 lakh (ex-showroom). Expect the base price of the car to go up once the Czech carmaker brings the next-gen model to our country. Skoda has priced the 2020 Rapid in Russia at a starting price of 8,29,000 Rubles, which converts to Rs 9.27 lakh (approx.) in Indian currency. Even though the new-gen Rapid will retain its rivals in the Indian market, the competition will be tougher considering the fact that Hyundai is readying a launch of the Verna facelift, which will likely make its debut in the country at the 2020 Auto Expo next year. Also, Honda recently revealed the fifth-gen City in Thailand, which will be brought to India late next year.