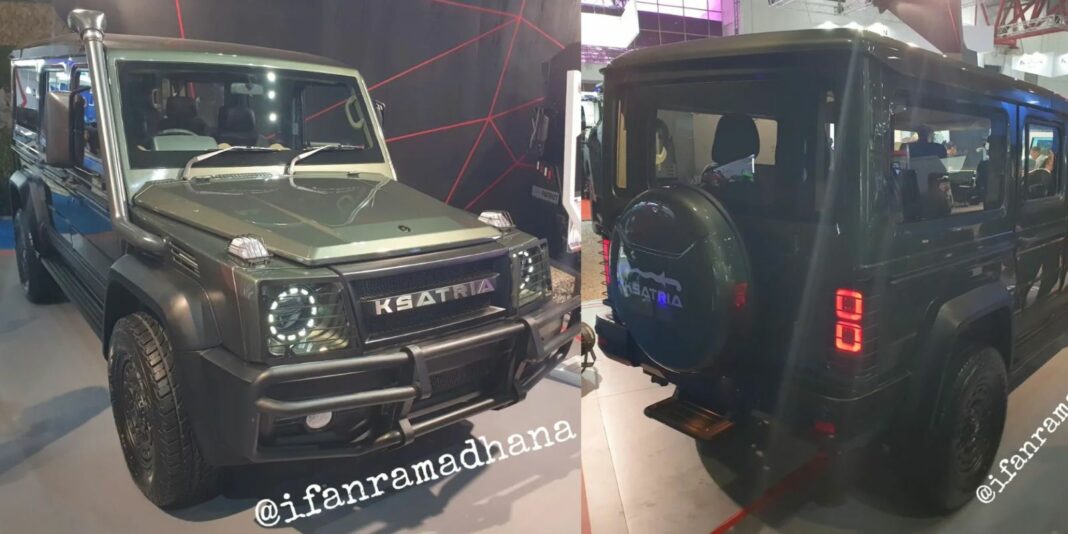 Republik Motor has displayed the Force Gurkha based Ksatria SUV and a pickup truck at the Indo Defence Expo and Forum in Jakarta. They are based on the five-door version of the Gurkha, which is yet to make its official debut in India. A double-cab pickup truck based on the same architecture opens up plenty of opportunities for the homegrown manufacturer.

The rebadged five-door Force Gurkha and the pickup truck will be available for government based agencies before private customers getting their hands on them. They will be locally manufactured in Indonesia in the near future. As for the exterior, the Ksatria is identical to the upcoming five-door Gurkha except for the naming at the front and a few other changes.

The Ksatria SUV gains a bull guard alongside the headlight and the turn signal guards while the circular-shaped LED headlight unit, upright front grille and muscular bumper have been carried over. It also features different styled alloy wheels while the rear comes with notable updates including LED taillights with a grille and a spare wheel cover. 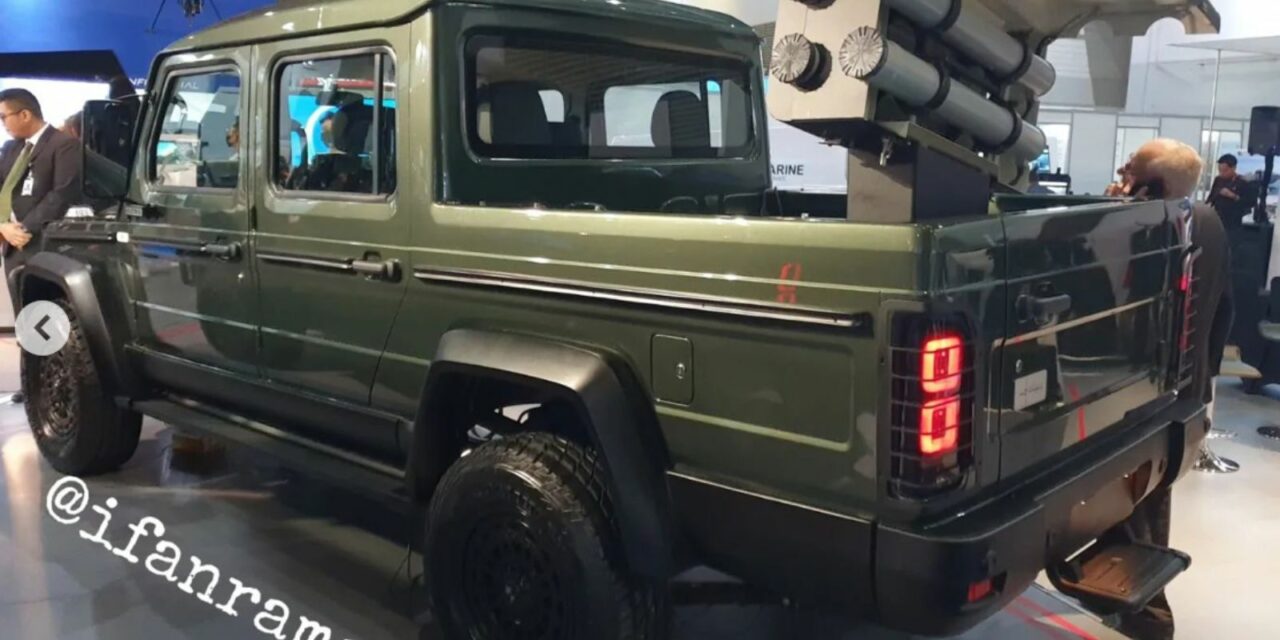 Since it will be used by government agencies, the Ksatria pickup truck is fitted with a missile launcher positioned on the truck bed. The interior has significant changes compared to the local model as it comprises a two-tone black and beige cabin theme and more premium seats. The display model was equipped with a six-seater configuration with a middle-row captain seating arrangement.

A bench seat was given at the rear and the AC vent is mounted on the roof. As for the performance, the familiar 2.6-litre OM616 engine sourced from Mercedes-Benz is utilised. The diesel mill kicks out a maximum power output of 91 hp and 250 Nm of peak torque and is paired with a five-speed manual transmission sending power to all four wheels as standard. 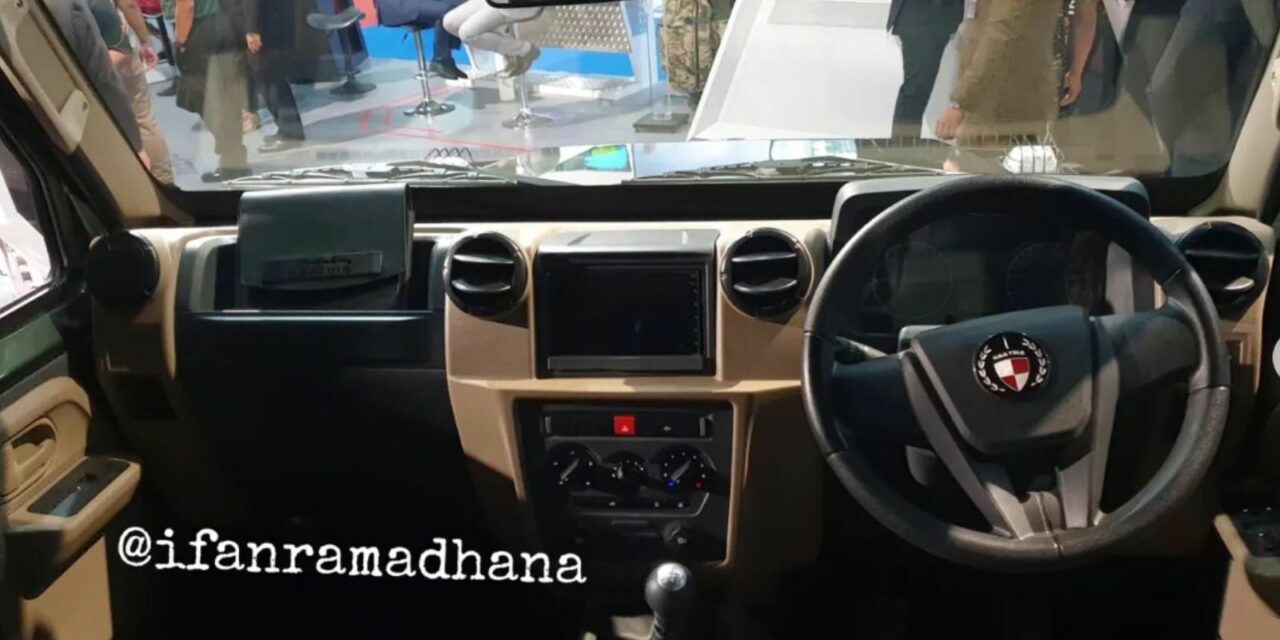 The four-wheel drive system has low range and mechanically locking differentials at the front and rear. The five-door version of the Force Gurkha is expected to launch before the end of this year in India and it will take on the upcoming five-door Maruti Suzuki Jimny and five-door Mahindra Thar.