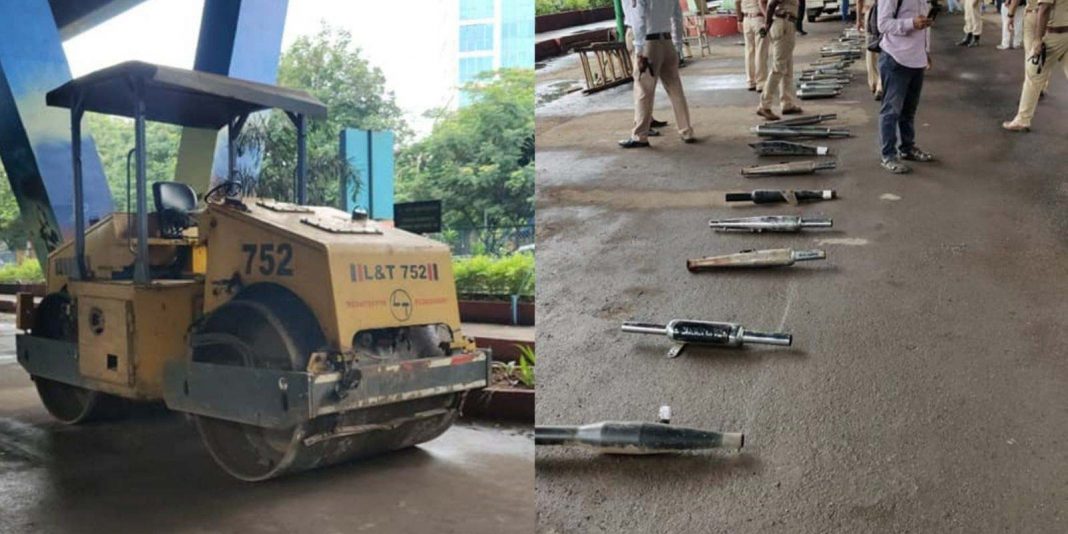 The illegal aftermarket exhaust systems and pressure horns caught by police were run over by road roller in Thane, Maharashtra

The aftermarket scene has truly exploded in recent years in India. As the cars and motorcycles become premium than they used to and the new-age customers wanting to personalise their vehicles sticking by their own taste, the modifiers/tuners and custom firms have grown in sizeable numbers. However, modifications do come at a cost and some are detrimental to the environment.

In particular, aftermarket exhausts are illegal in India unless they receive approval from the RTO. Only the exhaust units sold by the two-wheeler manufacturers as part of their authorised accessory list are legal and permitted on roads. They are in compliance with the mandatory regulations formulated under the Motor Vehicles Act.

Companies like Royal Enfield and KTM do sell their own range of high-performance exhaust systems and opting for them won’t be troublesome. But the majority of the motorcycles plying on road won’t go for that option and thus they violate the laws. While the exhaust systems do help in enhancing the performance of the motorcycle, they are specific ways to treat them and not everybody you see is an expert in this regard.

Moreover, the aftermarket exhausts are exasperatingly louder that crossing the permissible limit of 80 decibels make them illegal indeed. In recent months, we have seen police across major cities taking harsh actions against the offenders as the installed loud exhausts are removed and controversially crushed to create awareness or warning in that sense.

Would not levying fines stop this? It does not appear to be the case! In the wake of this, the Thane police have stepped on duties and begun a campaign against illegal silencers as several citizens have complained about the noise pollution created. The campaign ran between June 14 and 17 across 18 transport sub-divisions of Thane and as many as 190 two-wheelers were penalised.

In addition, 121 illegally modified silencers were removed from the two-wheelers and destroyed right away at Durgadi Chowk in Kalyan. The pictures of 350 loud exhausts and 125 pressure horns waiting to be run over by road roller at Cadbury Flyover are attached here and four-wheelers with black film on windows were also punished under the law.