MG Motor India will likely introduce the facelifted Hector in the domestic market sometime next month and is expected to be featured at the brand’s 2023 Auto Expo pavilion. We showed you leaked images of the undisguised Hector facelift from the United Kingdom recently and the SUV has been caught testing again in India wearing camouflage.

Despite wearing the test wrap, the changes involved in the exterior can be clearly noted. Compared to the outgoing model, the 2023 MG Hector gets a mildly revised front fascia but the interior comes with notable revisions with the inclusion of new features and technologies. The same changes are expected to be applied onto the Hector Plus facelift as well.

The exterior comprises a redesigned diamond mesh grille with chrome surrounds and it gives a more prominent look ditching the studded grille design. The updated front bumper has a large lower air inlet with a skid plate at the bottom. Other visual highlights include a chrome strip running along the width of the SUV at the rear. 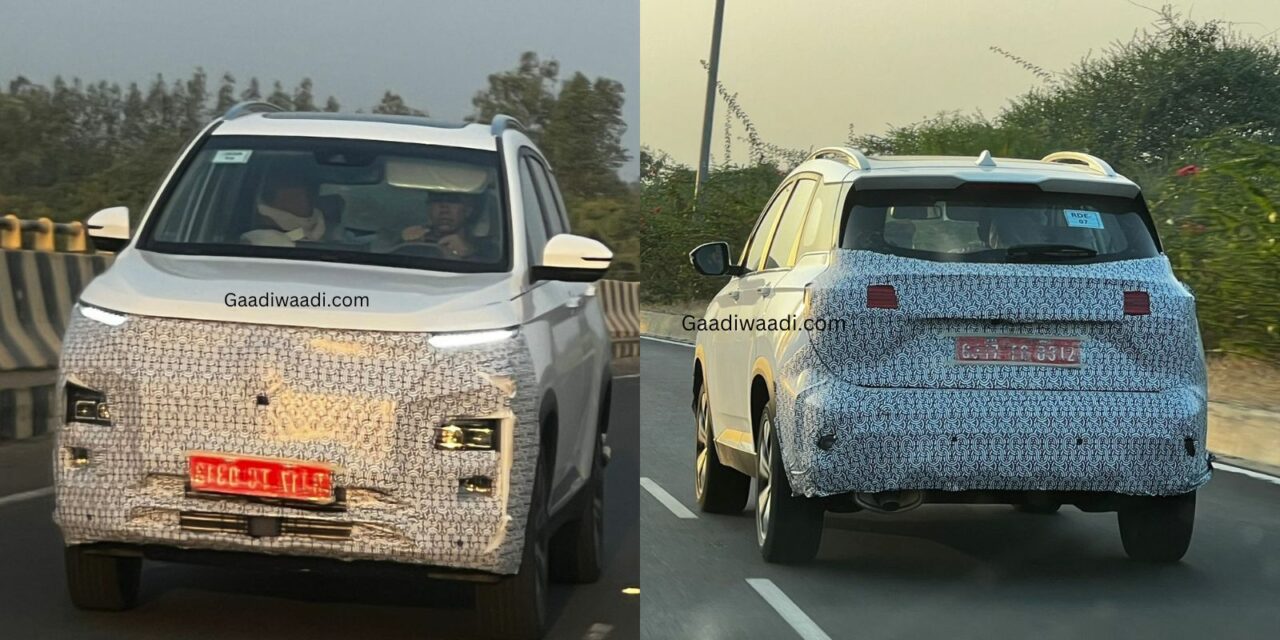 The 2023 MG Hector features a split LED headlamp unit at the front while the LED Daytime Running Lights, ORVMs with integrated turn signals as well as the tail lamps are identical to the outgoing model and the HECTOR wording can be seen on the bootlid. Simply put it, the revised front grille and the bumper are the only notable exterior changes.

Under the bonnet, a 1.5-litre turbocharged petrol engine in its mild-hybrid and non mild-hybrid guises will continue to be utilised while the solo 2.0-litre Fiat-sourced turbocharged four-cylinder diesel engine capable of 170 PS and 350 Nm will stay put. The transmission options will also be carried over in the upcoming model.