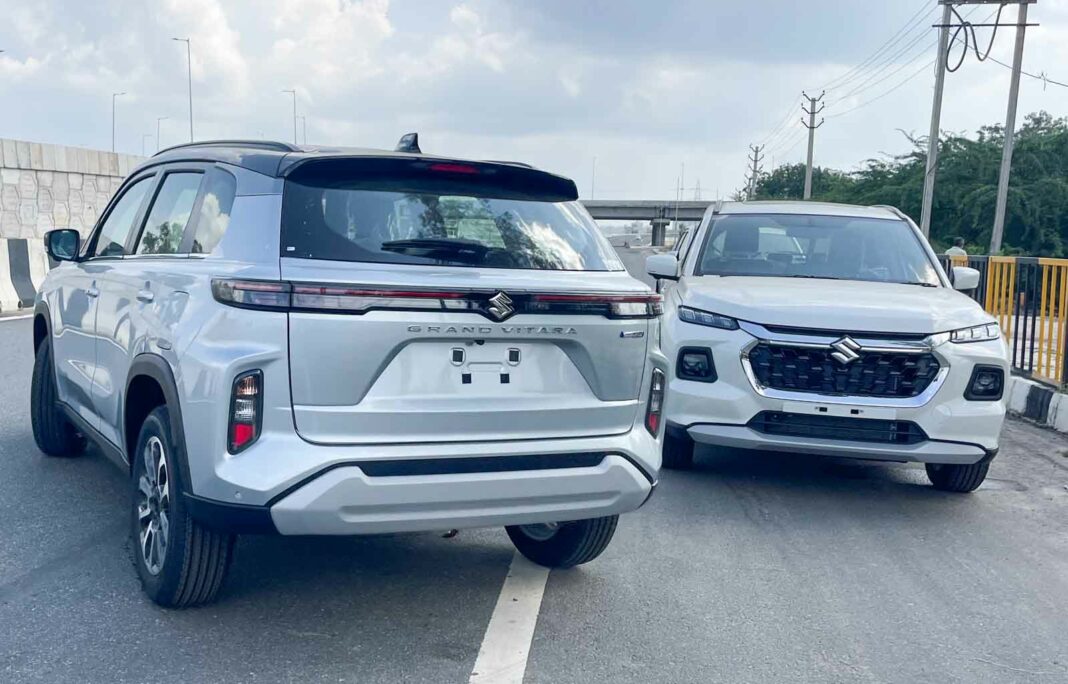 Maruti Suzuki India Limited (MSIL) has today announced the launch of the long-awaited Grand Vitara in the domestic market. The midsize SUV is priced competitively at a starting price of Rs. 10.45 lakh and it goes all the way up to Rs. 19.65 lakh (both prices, ex-showroom) for the range-topping model.

The Grand Vitara’s Dual Jet, Dual VVT engine has a claimed fuel efficiency of up to 21.11 kmpl and it gets a dual battery setup that offers brake energy regeneration, torque assist and idle stop-start function. The mild-hybrid range costs between Rs. 10.45 lakh to 17.05 lakh (ex-showroom).

The self-charging strong hybrid variant features multiple drive modes (EV, Eco, Power and Normal) that allow for seamlessly switch between the engine and electric drive modes. It comes with a standard warranty of 8 years/1.60 lakh km on the Li-ion battery pack. The strong hybrid version has a best-in-class claimed fuel economy of 27.97 kmpl.

It is now on sale in Zeta+ and Alpha+ variants with prices ranging from Rs. 17.99 lakh to Rs. 19.65 lakh (ex-showroom). It is available with a special introductory package consisting of an extended warranty till 5 years/1 lakh km and a PRISTINE Genuine NEXA Accessory pack worth over Rs. 67,000. The Grand Vitara can also be bought through the ‘Maruti Suzuki Subscribe’ subscription service with a starting free of Rs. 27,000. 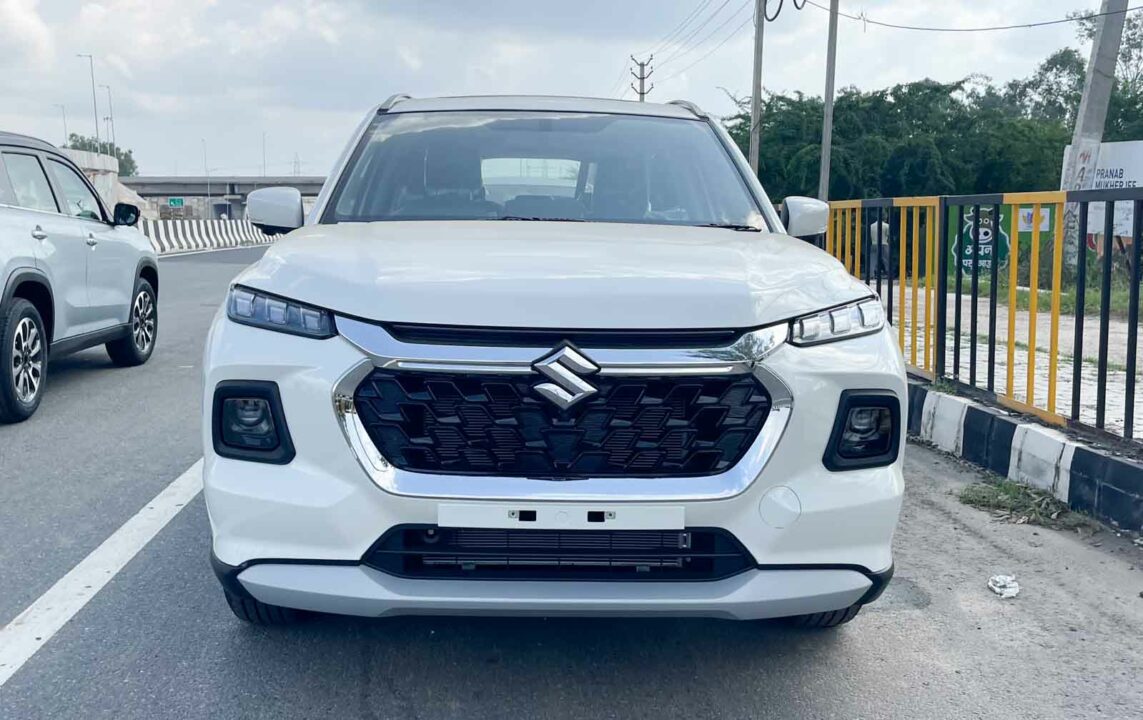 The five-seater competes against Hyundai Creta, Kia Seltos, MG Astor, VW Taigun, Skoda Kushaq, Nissan Kicks and others in the toughly contested space. It has a number of tricks up its sleeves as well. More importantly, the Grand Vitara derives power from a 1.5-litre three-cylinder Atkinson Cycle petrol engine working in tandem with an electric motor and a battery pack.

The combined power output of the strong hybrid system stands at 116 PS and is paired with an e-CVT only. It has a dedicated EV mode and it comes in handy during traffic and low-speed conditions to further improve the efficiency. The claimed fuel economy stands at close to 28 kmpl. The mild-hybrid variant of the Maruti Suzuki Grand Vitara uses a regular K15C petrol engine. 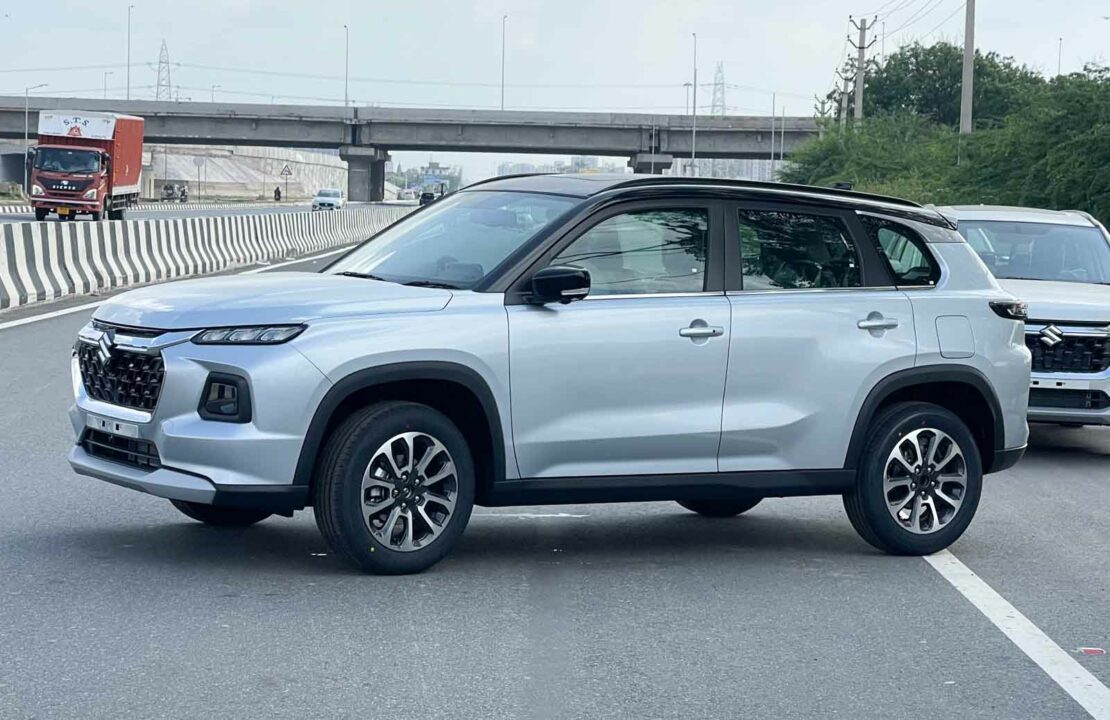 The same powertrain can be found in models such as the latest Brezza, Ertiga and XL6. Thus, the mild-hybrid version has been priced more competitively compared to the strong hybrid unit, which is sourced from Toyota. The in-house developed four-cylinder 1.5-litre K15C smart hybrid petrol mill makes 103 PS and 136 Nm of peak torque.

It is mated to a five-speed manual transmission as standard or a six-speed torque converter automatic unit as an option and a 4WD system will be offered only with this powertrain option. The Grand Vitara sits on the Global C platform and is the largest Maruti Suzuki vehicle to use this architecture making it the flagship model in terms of pretty much everything. 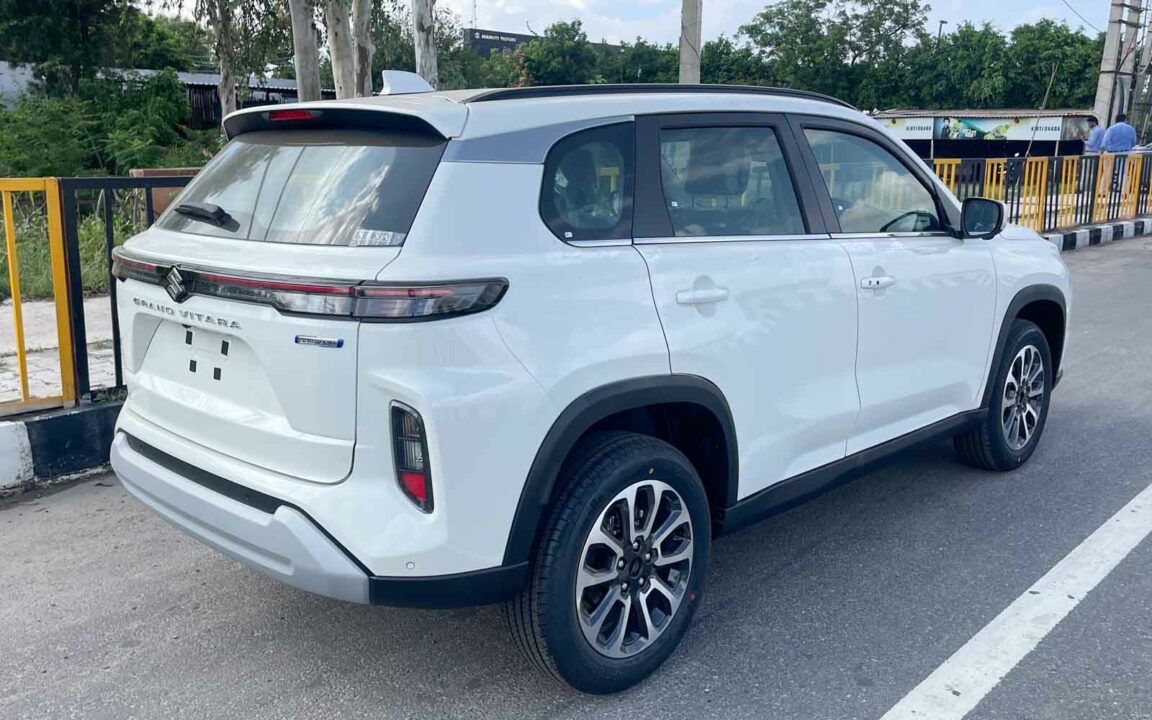