Maruti Suzuki has the Baleno as one of its best-sellers in the domestic market and it currently leads the premium hatchback space. However, the competition is on the rise as the Tata Altroz and Hyundai i20 are performing well in the monthly sales charts. Recent reports surfaced on the internet suggested that the Baleno is due a major update in response.

Standing in line with the speculations, the test mules of a new Baleno were caught on camera as the exterior will undergo a host of revisions. For the first time, the interior of the upcoming Baleno has been spied giving us some hints on what to expect. It gets a redesigned dashboard and centre console with the addition of a new floating touchscreen infotainment system.

The surface finishes and seat upholstery will be brand new as well with metallic accents. With the latest SmartPlay Studio compatibility, the 2022 Maruti Suzuki Baleno could get a raft of in-car connectivity based tech along with navigation and Bluetooth connectivity. It will more likely get cruise control, a new multifunctional flat-bottom steering wheel with mounted controls and a semi-digital instrument cluster. 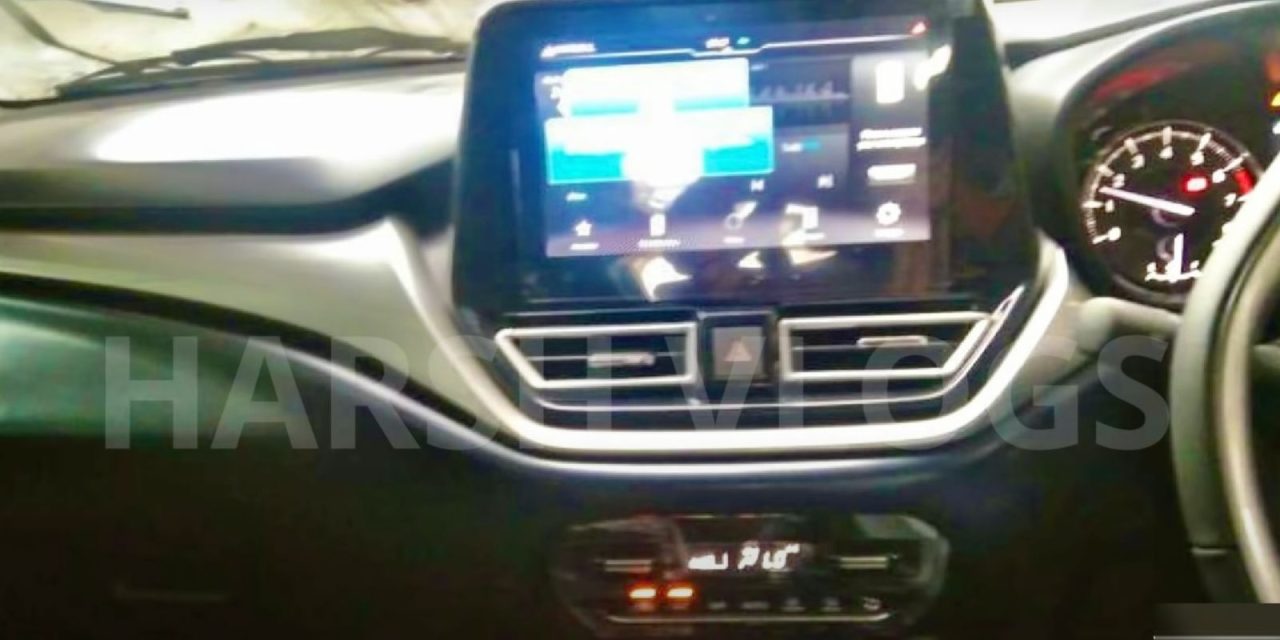 As for the performance, the 2022 Maruti Suzuki Baleno is expected to retain the existing 1.2-litre DualJet VVT engine producing a maximum power output of 89 bhp and 113 Nm of peak torque. A five-speed manual transmission will be standard while a CVT could be offered as an option. The Indo-Japanese brand may bring in a strong hybrid system to further improve the fuel economy in the near future. We can expect the heavily updated Baleno to reach showrooms in the early parts of next year and a number of updated models appear to be in the pipeline as well following the launch of the second generation Celerio next.