Maruti Suzuki India Limited (MSIL) is preparing to introduce a host of new launches over the next year and the list includes the facelifted Baleno, second-generation Vitara Brezza, third-generation Alto and updated Ertiga as well as XL6. The brand is also working on a midsize SUV in association with Toyota while another compact SUV and a seven-seater are reportedly in the development as well.

The Vitara Brezza compact SUV crossed seven lakh sales milestone only recently but the competition has certainly intensified in recent years leading to Maruti Suzuki having a rethink as a heavily updated model is in the pipeline for launch in early 2022. The 2022 Maruti Suzuki Brezza is internally codenamed the YTA and it was leaked in its production guise a few weeks ago.

It boasts a number of changes inside and out and could be based on the same Global C platform and thus the interior space and dimensions could remain identical to the outgoing model. Maruti Suzuki could drop the Vitara moniker as it might be reserved for the upcoming five-seater midsize SUV stretching around 4.3 metres in overall length to rival Hyundai Creta. 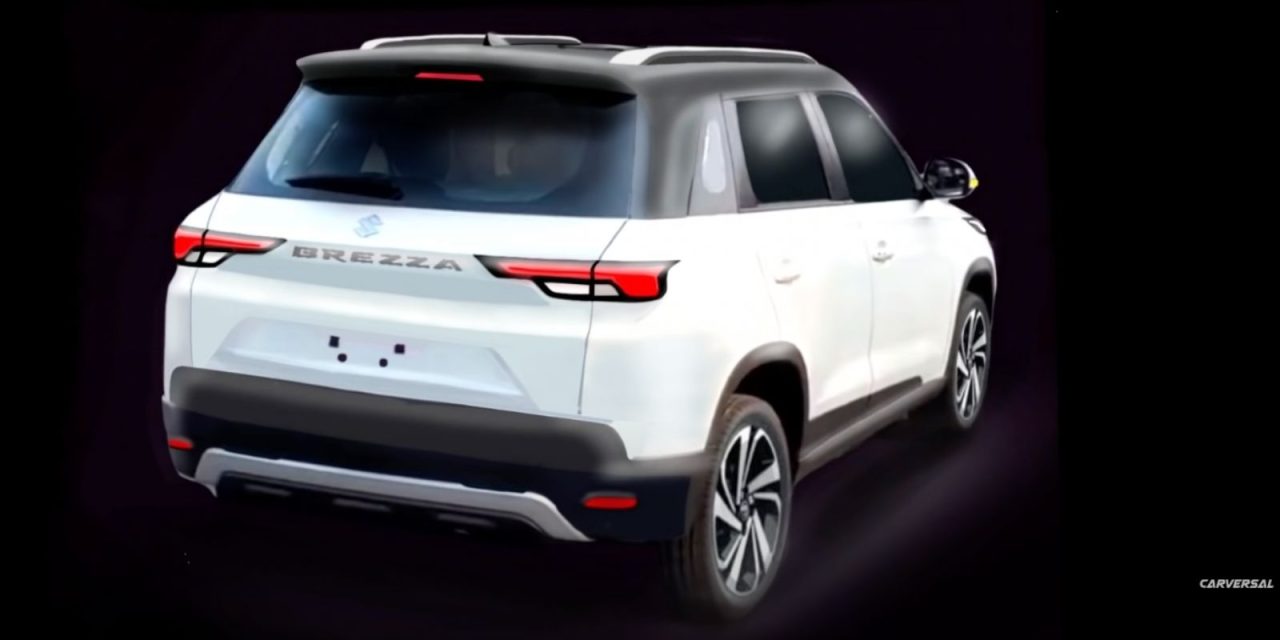 Just as the exterior, the cabin is subjected to a massive overhaul as it gets a new dashboard and centre console along with the use of more premium quality surface materials, a new steering wheel taken from Swift, an updated instrument cluster with a larger MID, a nine-inch floating touchscreen infotainment system with Apple CarPlay and Android Auto connectivity, etc.

The equipment list will likely comprise paddle shifts on the automatic trims, e-SIM connectivity enabling a host of new connective features, wireless charging facility, and a sunroof. As for the performance, the same 1.5-litre K18 four-cyl petrol producing close to 105 PS and 138 Nm could continue to be utilised with higher levels of hybridisation for improved economy.