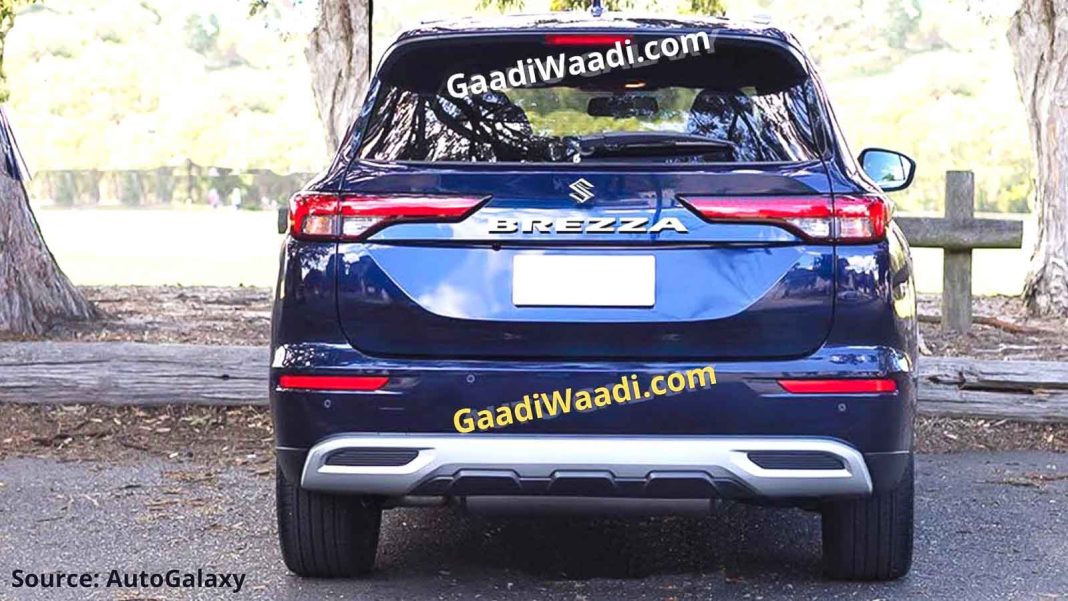 Maruti Suzuki India Limited (MSIL) is expected to launch the heavily revised version of the Vitara Brezza sometime next month or in early July 2022. It was spotted undisguised several months ago giving us a detailed look into the changes on the inside and out. Now, new spy pictures of the 2022 Brezza have come out as it was caught during an advertisement shoot.

The Vitara prefix is expected to be dropped as the compact SUV will go by the name Brezza and it will be powered by the 1.5-litre four-cylinder K15C petrol mild-hybrid engine found in the facelifted Ertiga and XL6. It develops 103 PS maximum power at 6,000 rpm and 136.8 Nm of peak torque delivered at 4,400 rpm. It will be paired with a five-speed MT or a new six-speed AT.

The automatic variant will get paddle shifting function and the range could further be expanded with the debut of the CNG variant in select trims – making it the first sub-four-metre SUV to do so. The interior will also be thoroughly revamped this time around. Here are the five key things you should know about the 2022 Maruti Suzuki Brezza from the latest images, mainly on the outside: 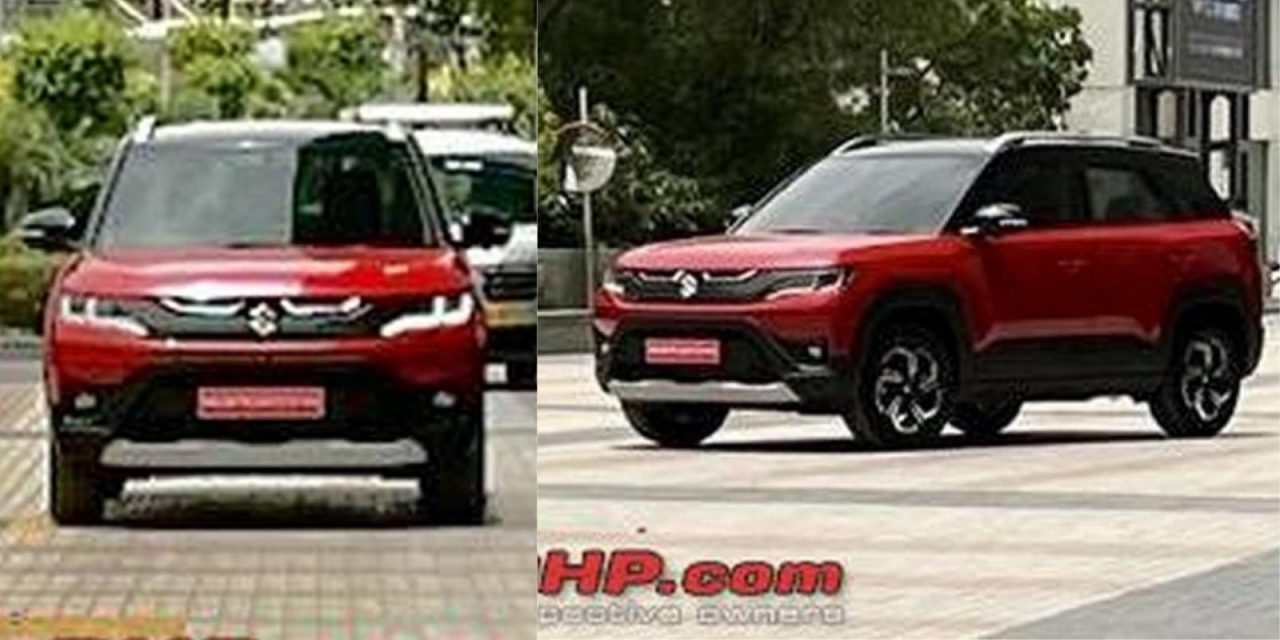 The upcoming Brezza is subjected to a completely revised front fascia with the presence of a new chrome front grille and the headlamps have been redesigned with a twin-pod cluster and LED lighting. The upright Suzuki badge sits on a horizontal black panel bringing a fresh vibe and the newly designed LED Daytime Running Lights add to the modernity.

The rear end gains newly designed wraparound LED tail lamps with a smoked out effect while the tailgate also looks to have been tweaked. You could also see an integrated spoiler with high-mounted stop lamps, shark fin antenna and sturdy grey roof rails. 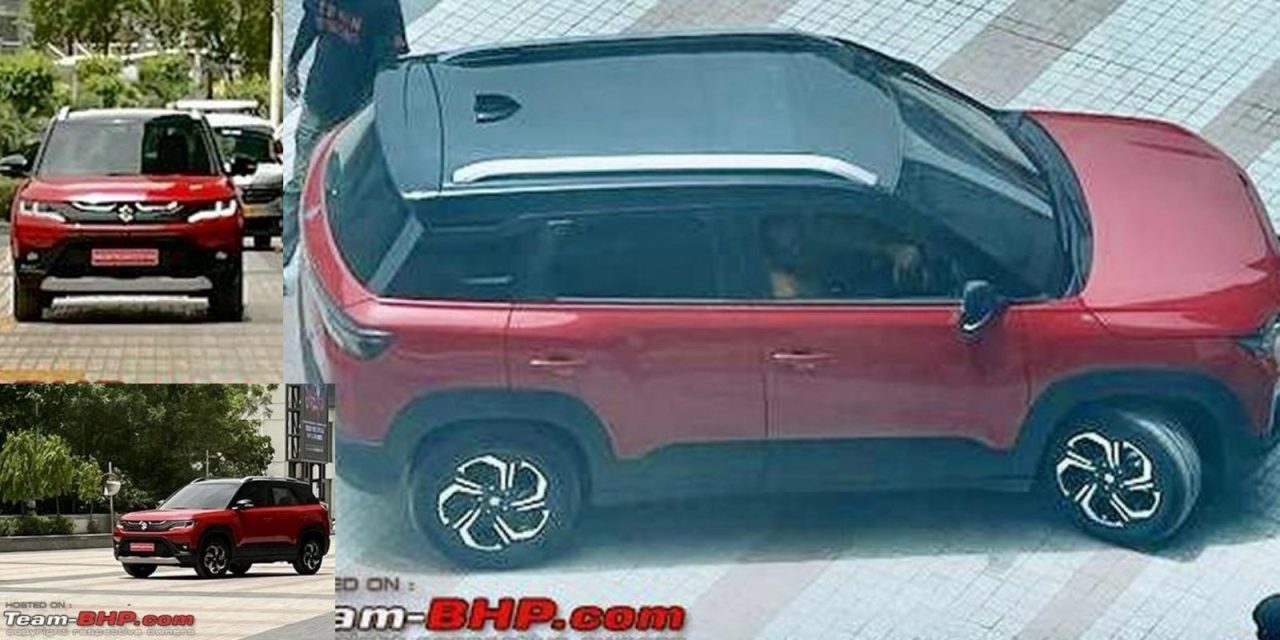 The alloy wheel design is also brand new in the 2022 Brezza and the spy shots show a dual-tone black and red exterior shade. We can expect new colour schemes to be made available as well.

The front and rear bumpers are also revised as the former gets new fog lamp housings and a prominent skid plate. The new skid plate is also fitted at the rear and the rear bumper features minor adjustments. It must be noted that previous spy images showed a sunroof too.

5. Not Much Changes To The Sides: