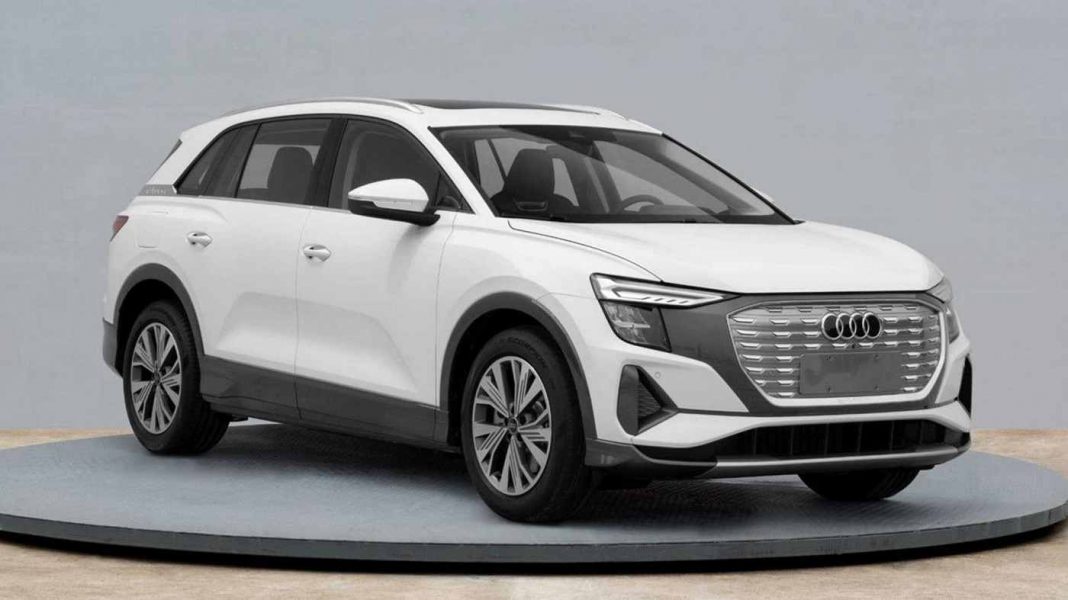 The upcoming Audi Q5 e-Tron electric SUV will soon be making its global debut in China. However, the images of the Q5 e-Tron have already leaked

Audi AG showcased the Audi Concept Shanghai at the 2021 Shanghai Motor Show. It managed to grab some attention with its rather interesting paint job. The images of its production-spec avatar have recently leaked. We managed to get our hands on them. The production-spec model’s pictures got leaked via the website of China’s Ministery of Industry & Technology.

These pictures were uploaded on the website as a part of the homologation process. As per rumours, the production-spec iteration of the concept model will be called the Audi Q5 e-Tron. Yet, it will hardly share any component with the IC-engined Q5 apart from the four-ringed logo. Although, it will have a lot in common with the Volkswagen ID.6.

It is easy to understand from the leaked images, the Audi Q5 e-Tron’s styling is rather conventional. It manages to adopt the family design language of Audi’s electric range, but it looks more practical than others. We can confirm – the Audi Q5 e-Tron buyers will have a slew of alloy wheel options to choose from. The lighting setup will be different on the various trims of the electric SUV. 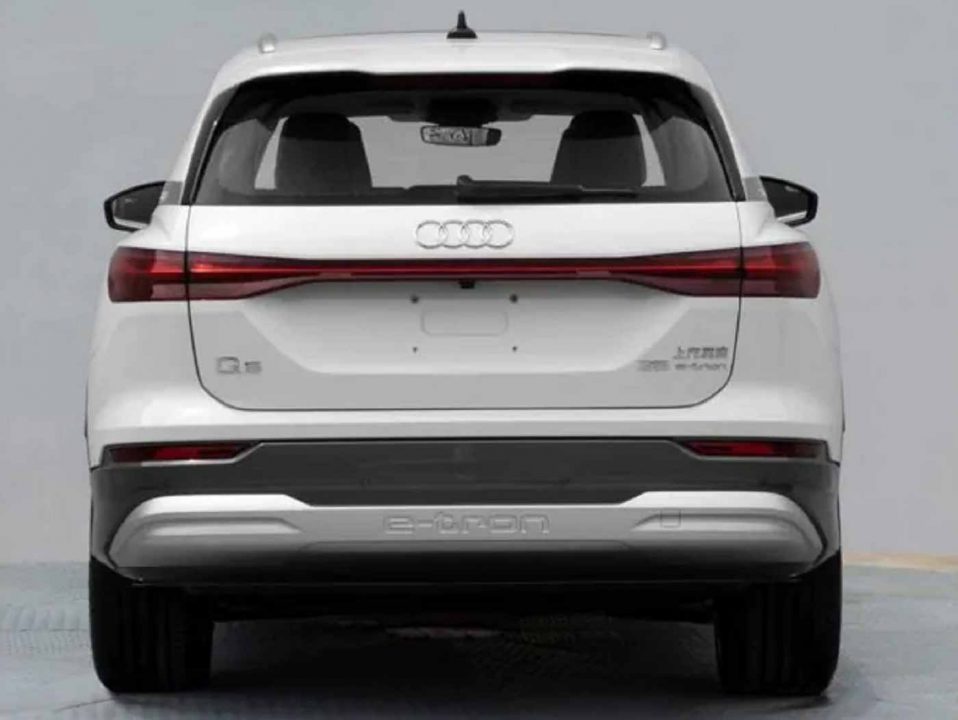 There will be three trims on offer – 35, 40, and 50 Quattro. The Q5 e-Tron will be available in either a single-motor layout or dual-motor layout. This variant line-up is like the Volkswagen ID.6, as they are both underpinned by the same MEB structure. In the 35 and 40 grades, the Q5 e-Tron will get an RWD layout with peak power outputs of 181 Bhp and 201 Bhp, respectively. 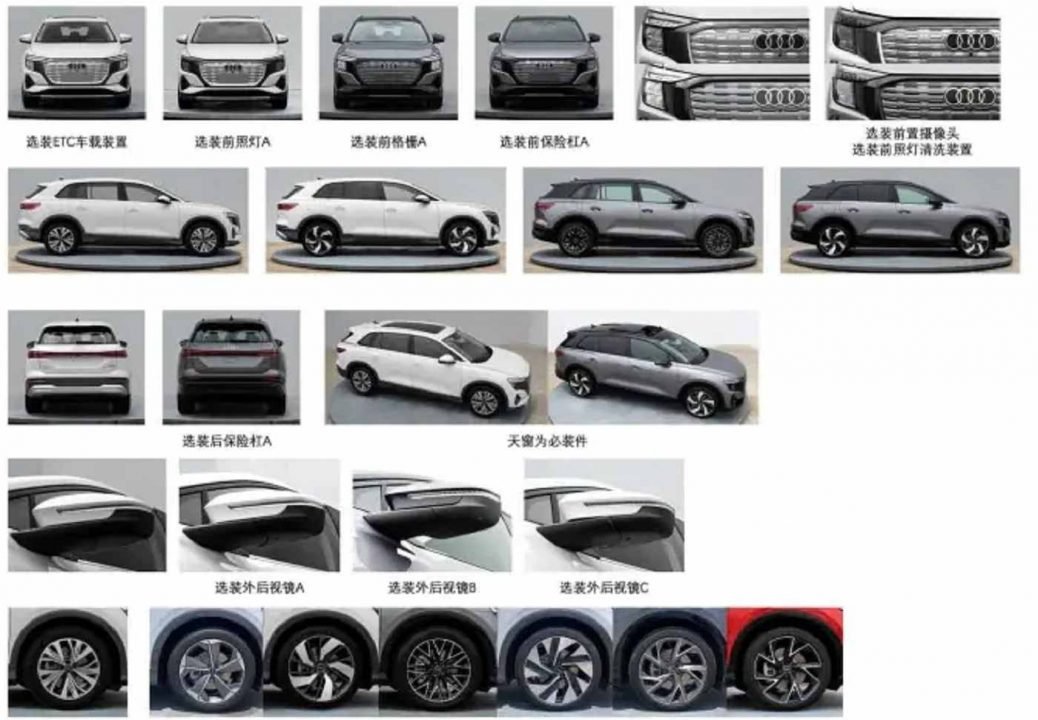 The range-topping 50 Quattro trim will get two motors fixed on each axle. This variant will have a max output of 302 Bhp. The electric SUV will do a 0-100 kmph whack in 6.6 seconds only, even after tipping the scale at 2,410 kilos. Soon, we might also get to see the Q6 e-Tron. The brand is working on a bigger and more powerful model than the Q5 e-Tron, which might shed veils by next year.