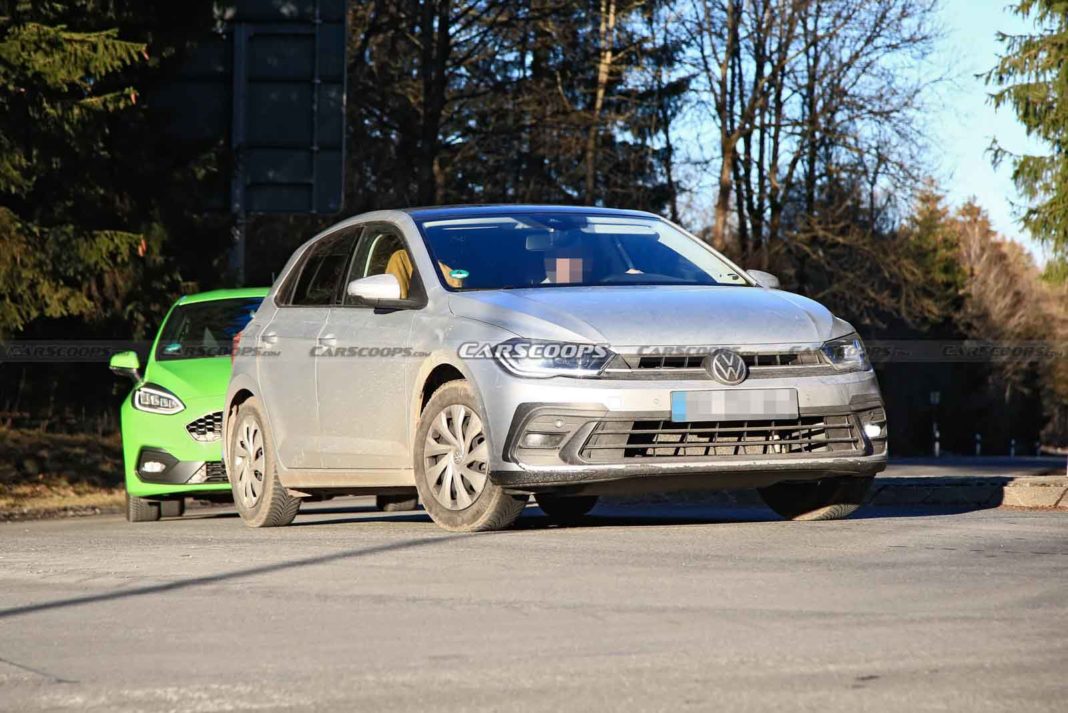 Volkswagen released the first official teaser image of the facelifted Polo yesterday giving us some key details. It is slated to be unveiled on April 22 and ahead of which, spy pictures of the supermini have appeared on the interweb with minimal camouflage. The updated model will stretch the lifespan of the seventh generation that has been in the business since 2017.

Bound for the international markets, the German manufacturer has incorporated an illuminated lighting bar covering the entire width of the vehicle while the headlamps are also redesigned with a sharper appearance. The light bar stretches into the headlamp cluster to form dual LED Daytime Running Lights and the VW badge sits right in the middle.

The reshaped front bumper has a C-shaped housing on either side with new horizontal LED fog lamps and a central air dam can also be clearly noted. At the back, the 2021 Volkswagen Polo gains newly designed LED tail lamps as in the latest Golf (even the light bar up front), alongside an updated bumper. 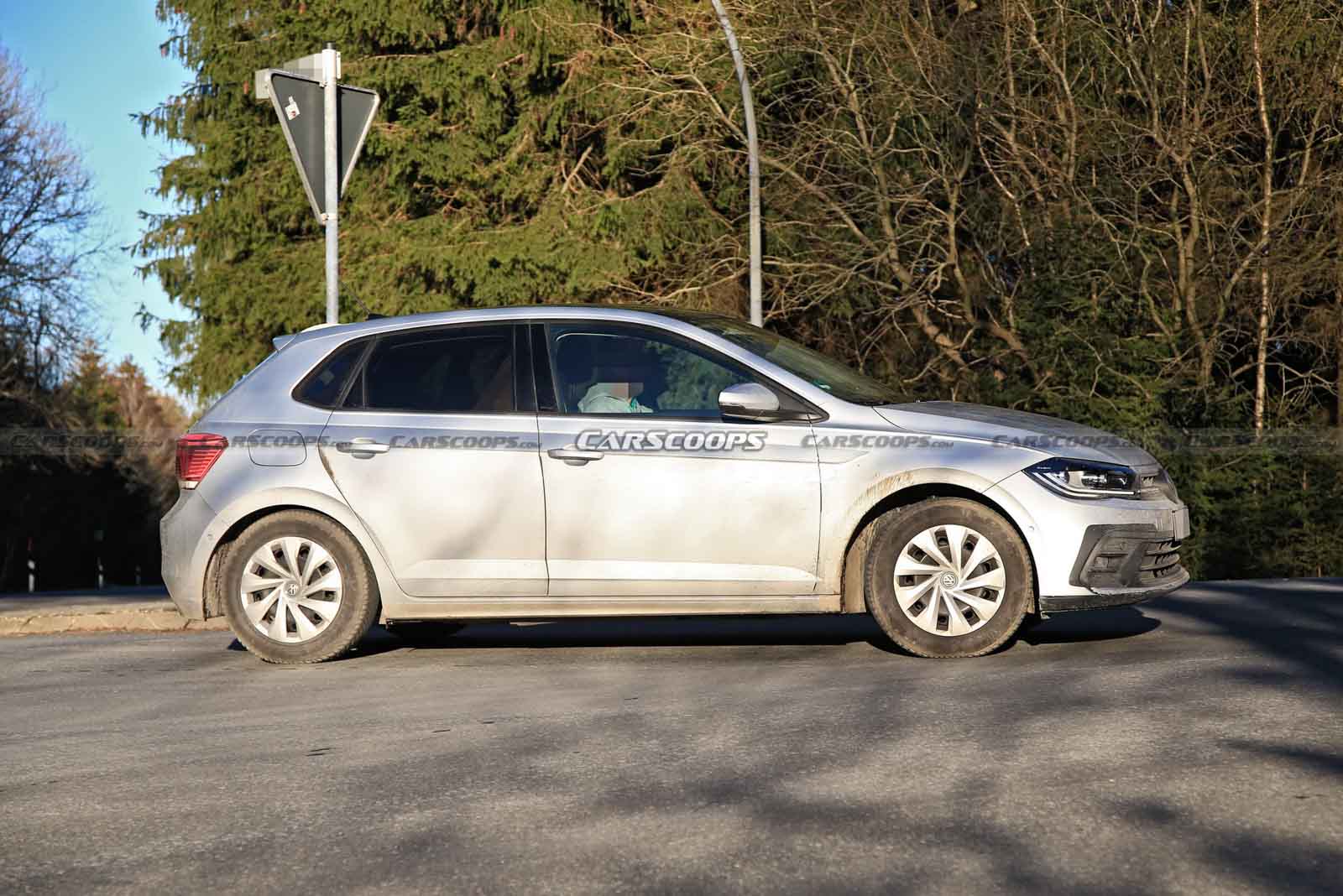 SEAT launched the facelifted Ibiza last week and it shares the platform with the VW Polo. Thus, some of the interior features will be borrowed into the Polo. In fact, the next-generation Skoda Fabia is also coming next month based on the same MQB A0 architecture. The updated Polo will more likely get a revised dash and centre console. 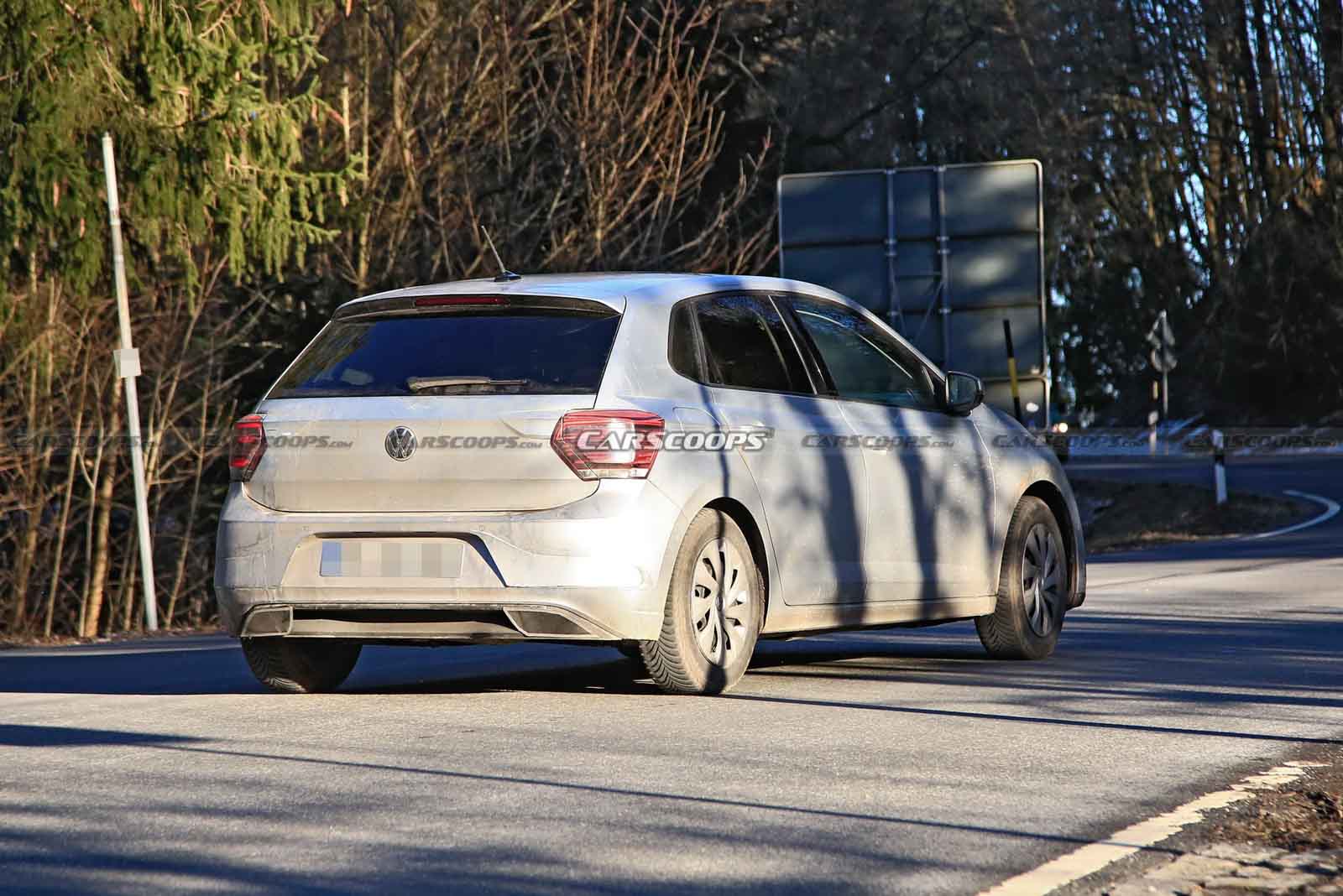 Under the bonnet, the performance-spec 2021 Volkswagen Polo GTI uses a 2.0-litre four-cylinder turbocharged petrol engine producing a maximum power output of around 200 horsepower, and is paired with either a six-speed manual or a seven-speed DSG. The powertrain range also comprises gasoline, diesel and CNG options. It must be noted that the next-gen Polo for global markets will likely influence an all-new model for India in the near future.