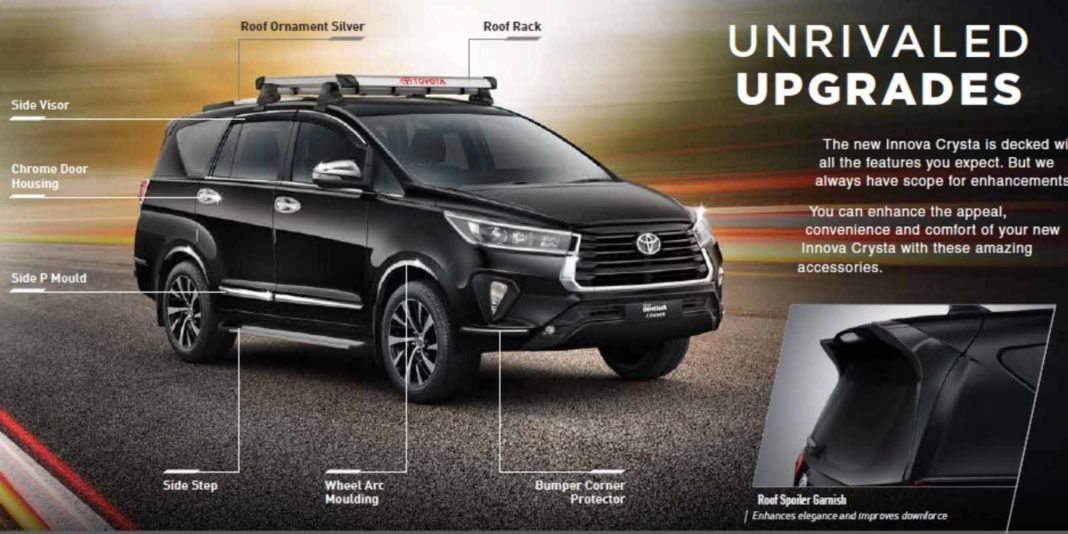 2021 Toyota Innova Crysta gets a range of exterior and interior add-ons including TPMS, wireless charger and bumper protectors

Toyota Kirloskar Motor (TKM) introduced the facelifted version of the Innova Crysta late last month and is priced between 16.26 lakh for the base GX variant and it goes all the way up to Rs 24.33 lakh for the range-topping ZX trim. Offered across G, G+, GX, VX and ZX trims, the updated Toyota Innova Crysta marks the first major update since the second-gen MPV went on sale back in 2016.

The Innova Crysta has long been the segment leader and it does not have any direct rival in the domestic market. It succeeded the original Innova that was on sale for more than a decade and more than 8.8 lakh units have been sold over the last fifteen years. The arrival of the facelift has resulted in increase in prices between Rs. 20,000 and Rs. 70,000.

On the outside, it gets a lager front grille with thick chrome surround with new slats, redesigned front bumper with larger turn indicator housings and round-shaped LED fog lamps along with a blacked-out chin section, and newly designed 16-inch diamond-cut alloy wheels. No other changes were made to the side profile and the rear as the facelift is an exercise to expand the lifecycle of the existing generation. 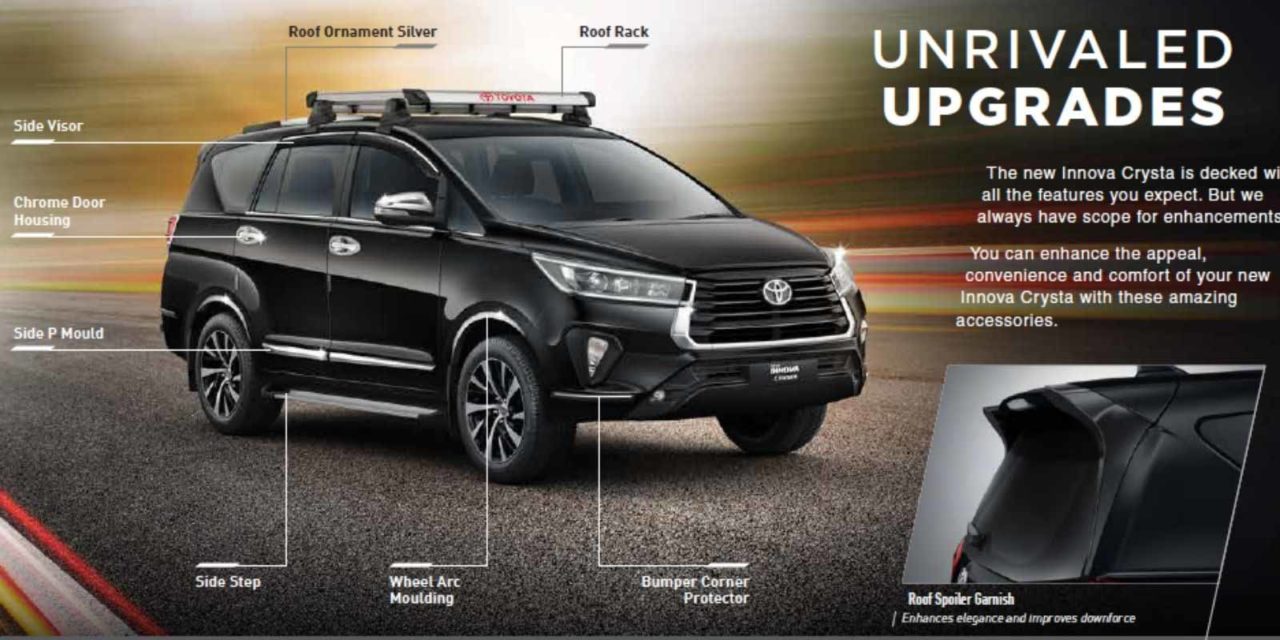 The cabin features leather seats, parking sensors, a touchscreen infotainment system with Apple CarPlay and Android Auto connectivity and it also gains dedicated buttons for volume and other functions. To make the offering more attractive, Toyota has presented a range of accessories for the facelifted Innova Crysta with abundant use of chrome all around. 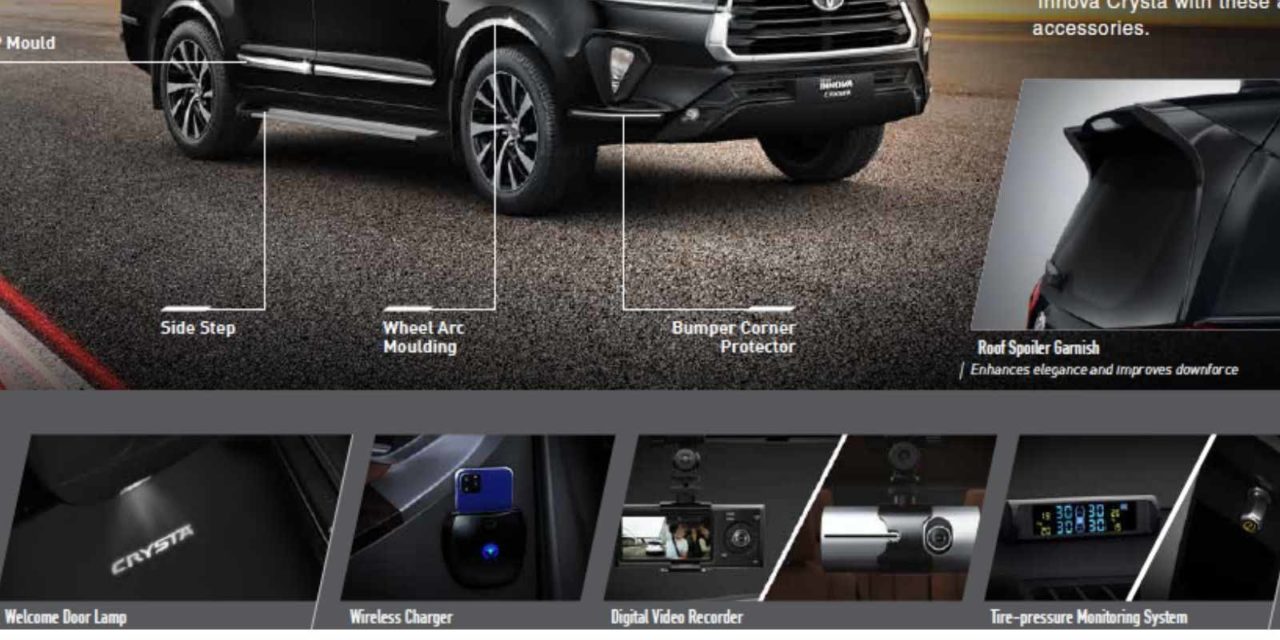 The 2021 Toyota Innova Crysta derives power from a 2.4-litre diesel and a 2.7-litre petrol engine. The former produces a maximum power output of 150 PS and 360 Nm of peak torque while the latter kicks out 168 PS and 245 Nm. The powertrains can be had with a manual or an automatic transmission.