Here, we have an on-paper comparison of the soon-to-launch Tata Safari and one of its closest rivals, Mahindra XUV500

Tata Motors recently unveiled the new-generation Safari in India, a little more than a year after the previous Safari was discontinued in India. The new Safari is essentially a 6/7-seater version of the Harrier, and will become the brand’s new flagship upon launch. Its biggest competition in the Indian market will be the MG Hector Plus and the Mahindra XUV500.

Here, we have a brief comparison between the Tata Safari and Mahindra XUV500, to see how they stack up against each other on paper.

Tata Safari has the same styling as the Harrier, with only a few differences here and there. The front grille is new, and the SUV gets a pair of roof rails as well. The rear section has been stretched a little compared to the Harrier, to accommodate the extra row of seats inside. The taillight design is slightly different as well, and the vehicle gets a ‘SAFARI’ badge on the tailgate. The Mahindra XUV500 was first introduced in 2011, and has undergone two minor facelifts since then. It still manages to look sharp and sporty, although a little dated. It gets a simpler, boxy silhouette with conventional headlamp design. The XUV500 is quite a handsome car despite its age, but the new Safari looks undeniably better due to its relatively fresher design. The new Safari is also slightly bigger than the XUV500 (based on the dimensions of the Gravitas), with the major difference only being in terms of the length. This upcoming Tata SUV is 76mm longer than its Mahindra rival, with a 41mm longer wheelbase as well.

The interior of the Safari, just like the exterior, has mostly the same design as that of the Harrier, including the same dashboard design. It gets the same semi-digital instrument cluster with a 7-inch TFT screen, an 8.8-inch infotainment touchscreen (expected) with integrated Apple Carplay and Android Auto, and even a panoramic sunroof. Other features include an electronic parking brake and connected car tech. The latter includes geo-fencing, live car tracking, iRA personal assistant (with Hindi, English, and Hinglish voice commands), vehicle health report, etc. The cabin of the Mahindra XUV500 falls a little short on the features front. It gets a smaller sunroof, a 7-inch touchscreen infotainment system (with Apple Carplay and Android Auto), and an analogue instrument cluster with a small digital MID. It doesn’t get connected car features, but it does get smartphone and smartwatch connectivity via Mahindra Blue Sense app, along with limited voice commands. The new Tata Safari has an FCA-sourced 2.0-litre, turbocharged, diesel engine under the hood. This motor is good for a peak power of 170 PS and a maximum torque of 350 Nm, and can be had with either a 6-speed manual or a 6-speed automatic gearbox. The vehicle will only be available in FWD format, although a 4×4 version could arrive later if considerable demand for it exists. 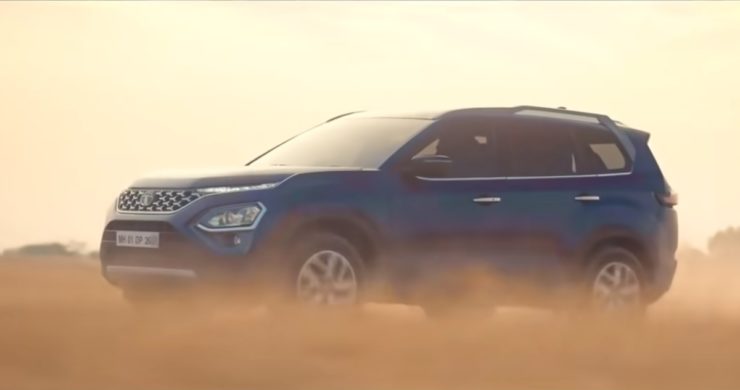 Mahindra XUV500 gets a 2.2-litre turbo-diesel powerplant, which belts out 155 PS and 360 Nm. Transmission options include a 6-speed manual ad a 6-speed automatic. Previously, the vehicle was available in both FWD and AWD variants, although the latter is currently discontinued. The next-generation XUV500, slated to arrive by mid-2021, is expected to re-introduce the AWD option.

The price of the Tata Safari is expected to range from Rs. 14.89 lakh to Rs. 21.75 lakh, while the Mahindra XUV500 currently costs between Rs. 13.83 lakh and Rs. 19.56 lakh. The latter is quite a nice pick, but considering all the features on offer and the relatively newer styling, the new Safari will likely be our pick upon launch. That said, the upcoming new-gen Mahindra XUV500 is expected to offer connected car features as well as autonomous driving aids. It will also undergo massive interior and exterior redesign, and could perhaps be slightly larger as well. The new-gen Safari against the new-gen XUV500 will be a fairer fight, and we’re waiting for the latter’s debut to happen.