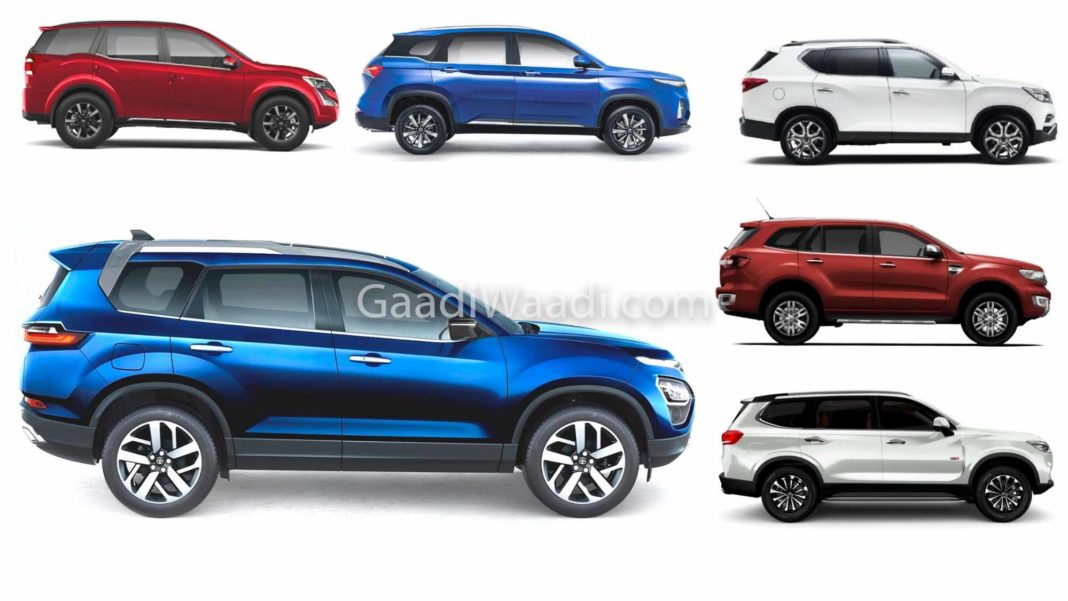 2021 Tata Safari will reach showrooms this month and it will be the seven-seater version of the Harrier powered by the 2.0-litre diesel engine

Tata Motors has the new Safari as its next big launch in the Indian market and official pictures have already been released. With the first vehicle rolled out from the production lines in Pune, the 2021 Tata Safari is all set to reach showrooms this month and its official debut will be held on January 26. The upcoming model has its roots back to the H5X concept, which spawned the Harrier.

The Harrier heralded the arrival of the Impact Design 2.0 styling philosophy and is the first model based on the OMEGA (Optimal Modular Efficient Global Advanced) platform. The homegrown manufacturer discontinued the Safari nameplate in 2019 and it has brought it back to create an emotive appeal harking back to the past as the moniker carries an iconic status within the brand’s fleet.

The 2021 Tata Safari is essentially the seven-seater version of the Harrier and thus has a number of similarities inside and out. However, unlike the three-row SUVs developed from five-seaters like MG Hector, Tata has given a separate identity to the three-row Harrier. As you could expect, frontal updates have been made like the tri-arrow chrome grille studs along with the addition of new alloy wheels to create a separation. 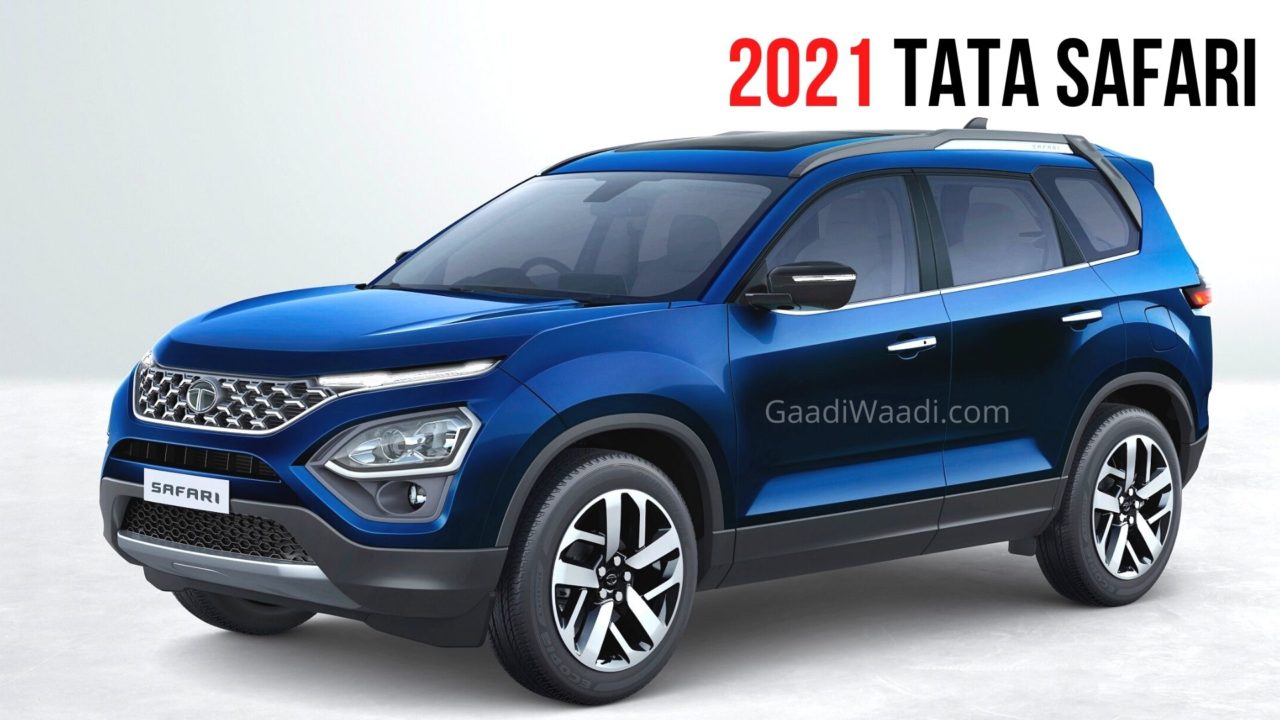 To accommodate the additional row of seats, the 2021 Tata Safari gets a longer rear overhang and is noticeably tally towards the rear courtesy of the roof bulge. To liberate more space, the overall length has been increased and the rear is redesigned with new tailgate, wraparound LED tail lamps and bumper. We do expect Tata to competitively price the new Safari to have an edge over its rivals.

Besides retaining the sturdy build and an expressive road presence as the Harrier, the cabin is as equally opulent. On the inside, it has a layered dashboard, floating touchscreen infotainment system, panoramic sunroof, automatic climate control, nine-speaker audio, digital driver’s display, multi-functional steering wheel, push Botton start/stop, etc. 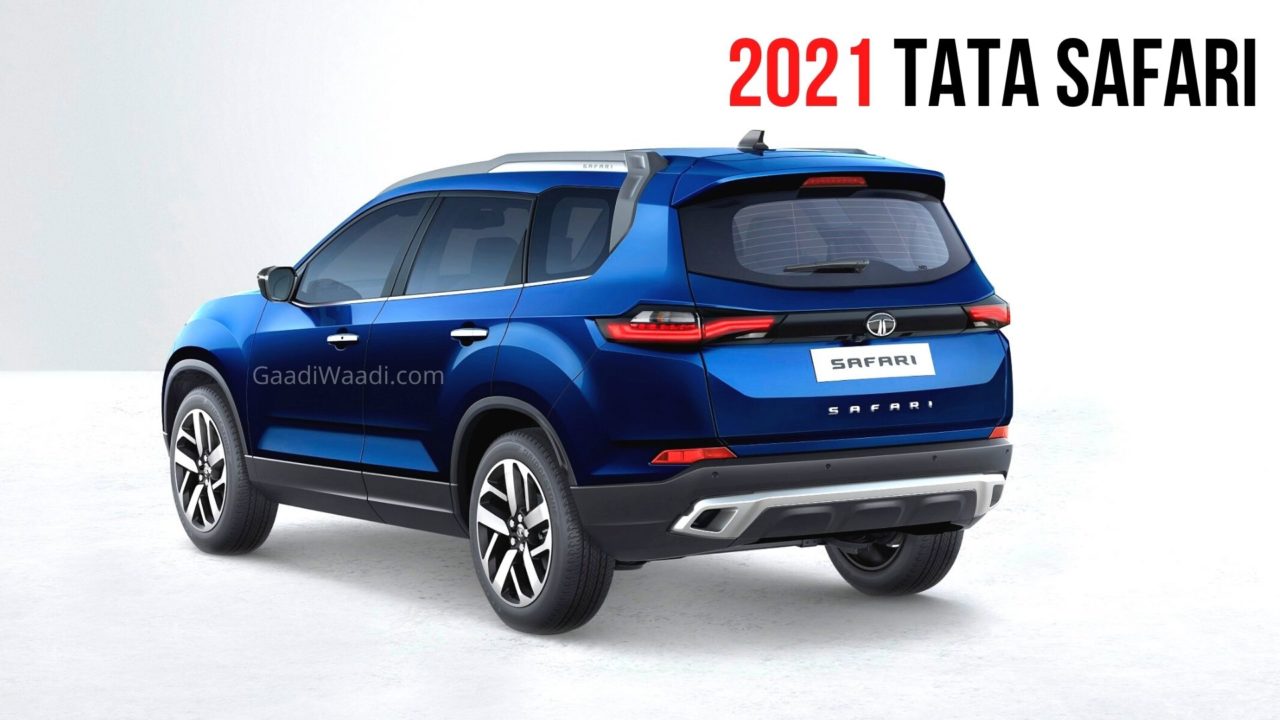 As for the performance, a 2.0-litre four-cylinder diesel engine will be utilised producing 170 PS and 350 Nm and is paired with either a six-speed manual or a six-speed torque converter AT. The 2021 Tata Safari will compete against a range of seven-seater SUVs like MG Hector Plus, new-gen Mahindra XUV500 and upcoming seven-seater Hyundai Creta.

Going by Tata’s strategy of aggressively positioning its models, the new Safari could cost around Rs. 15.5 lakh to Rs. 21 lakh (ex-showroom) in an expansive range. Utilising the popularity of the nameplate, the seven-seater’s range could be added with a 4×4 configuration in the near future as the D8 based platform could give it an edge in the off-road scenarios. With a host of new premium SUVs in the pipeline, the revived Safari will certainly be a key player to watch out for!