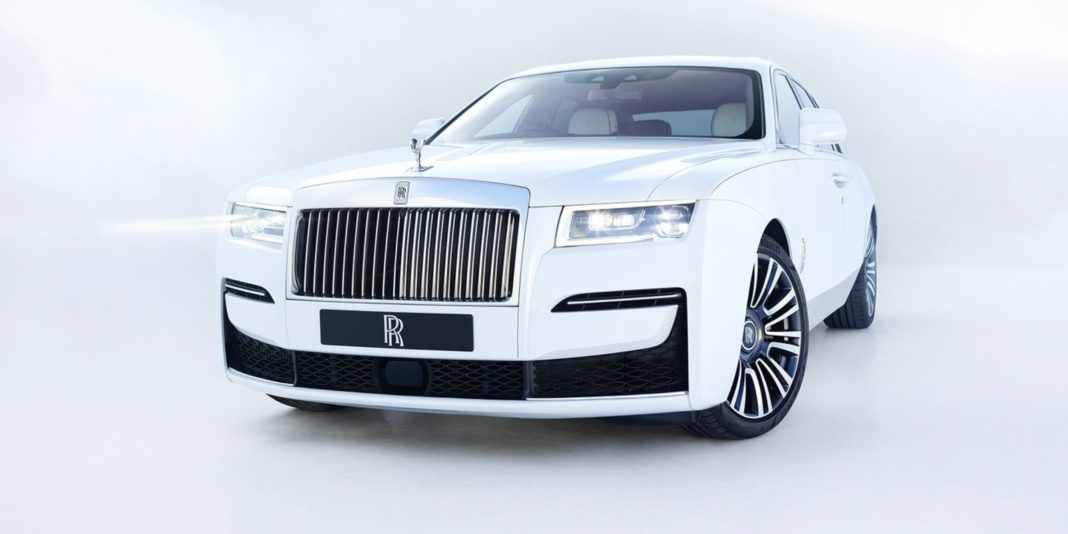 Here, we have a walkaround video, which showcases the interior and exterior of the second-generation Rolls-Royce Ghost

Rolls-Royce Ghost was first introduced back in 2009, and was one of the best luxury vehicles in the world. A little over a decade later, parent company BMW thought of introducing a new generation of the Ghost. But how do you improve upon perfection? Keep reading to find out!

At the front, you get laser LED lights (just like the latest BMW cars), along with a massive, illuminated chrome grille. The front bumper has been completely redesigned, and now has a much wider air dam. Of course, there’s a tiny statue of the spirit of ecstasy adorning the nose of the Ghost. At the side, we see a set of beautiful 21-inch dual-tone alloy wheels, and the signature suicide doors. The door handles are chrome-plated, and the car sports a chrome lining around the window as well.

The silhouette of the car remains unchanged; it has a long bonnet, a big cabin, and a relatively small tail section. At the rear, we see a pair of bespoke LED taillights, and on the rear bumper, the car sports integrated dual exhaust tips. The number plate housing is over-lined by a single horizontal chrome slat, with the Rolls-Royce logo in the middle. Overall, the design is quite minimalistic, yet the sheer size of the car gives it a lot of road presence.

Just like the previous model, the new Ghost gets umbrella holders in the doors. This particular model has white interiors, matching the white exterior paint. Like all Rolls-Royce models, you get a starlight headliner, along with reading lamps. There’s a central armrest with cup/glass holders and a chiller for wine or champagne, and individual touchscreen entertainment systems for both the rear passengers.

The dashboard gets a healthy smattering of wood all over it. You get a touchscreen infotainment system in the centre console, along with a lot of physical buttons. There’s a small physical watch integrated into the dashboard, which has become a tradition for the brand. Also, the dash gets a similar LED starlight as the headliner, which looks extremely beautiful. 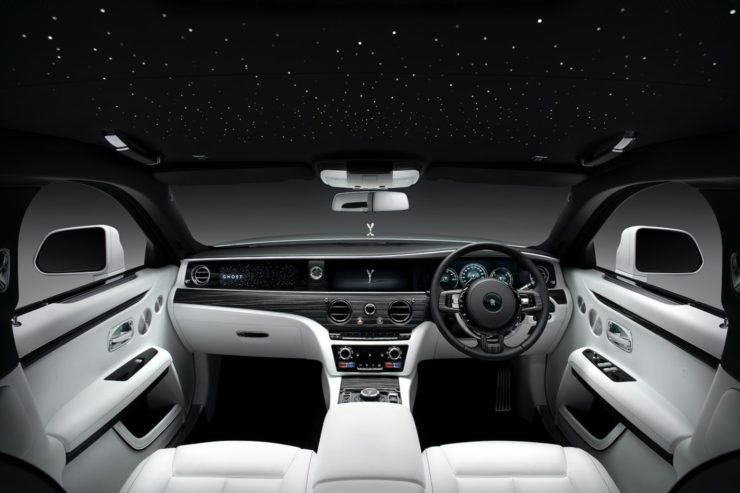 Under the hood is a 6¾-litre V12, which generates 563 HP and 850 Nm of peak power and torque, respectively. It gets an AWD system, but under normal driving conditions, power is sent only to the rear wheels. However, with over 100 kg of sound insulation, you don’t get to hear that engine inside the cabin!

Even though the Roll-Royce Ghost is the smallest car in the manufacturer’s range, it still is one of the finest automobiles in the world. In India, the vehicle has been priced from Rs 6.95 crore onwards, and adding accessories would inflate the price to almost twice that!