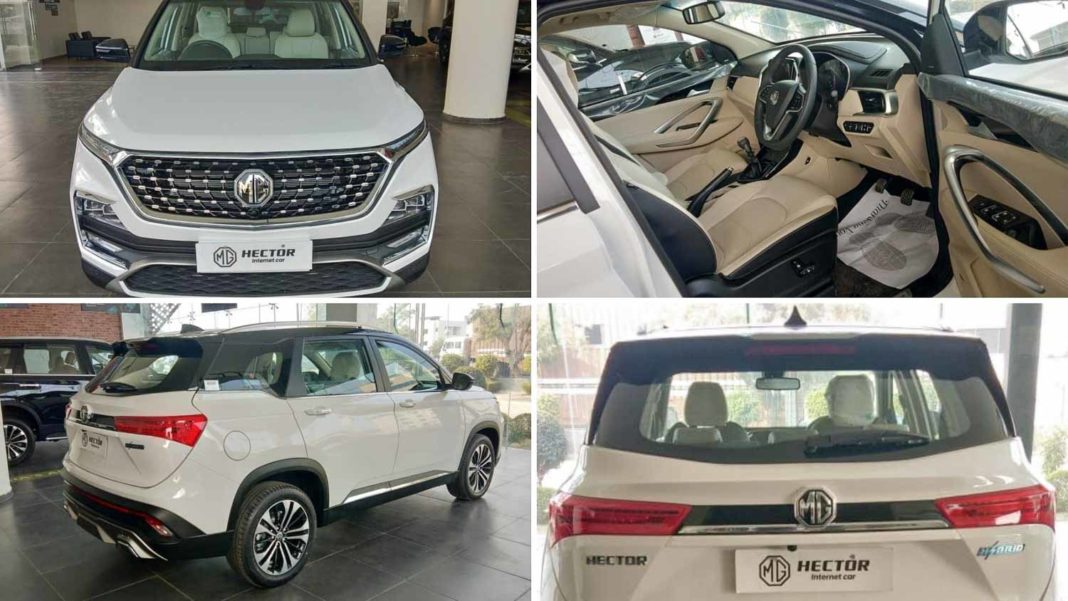 MG Motor India debuted in the domestic market with the Hector five-seater SUV. The SAIC-owned British manufacturer made an immediate impact in the premium space with many segment first features including a large touchscreen infotainment system with a host of connectivity based features, OTR updates, AI-based voice recognition and a number of app operated convenience bits.

The brand introduced the ZS EV as its second product for India but it does not sit in a volume space as the Hector. In July 2020, the three-row six-seater Hector Plus came to the fore with its price ranging from Rs. 13.49 lakh to Rs. 18.54 lakh (ex-showroom, New Delhi). A couple of weeks ago, MG officially announced that the seven-seater Hector will be launched this month.

MG knows the importance of the Hector nameplate for expanding market share locally and thus it is getting a mid-life facelift within two years of its initial debut. We here show you the facelifted Hector which appears to have reached showrooms ahead of the launch in the coming weeks. It must be noted that the top-end variants of the Hector could see further expansion as a 4×4 variant is also expected. 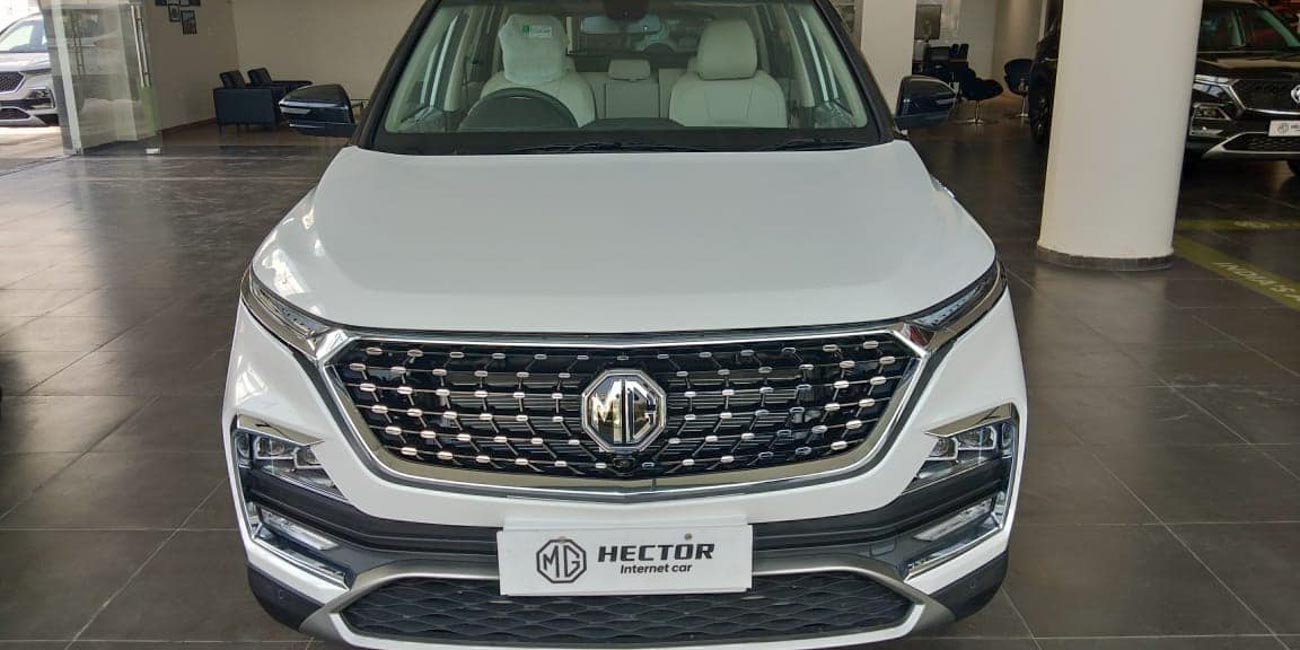 Moreover, the Level 1 radar-based autonomous technology introduced in the Gloster full-sized SUV could be part of the equation as well. Some of the key changes include redesigned front grille inserts, new two-tone 18-inch alloy wheels, dual-tone beige and black cabin, auto dimming IRVM, updated 10.4-inch infotainment system and so on. In addition, new colour schemes could also be introduced.

As for the performance, the same 1.5-litre petrol making 143 PS and a Fiat-sourced 170 PS 2.0-litre diesel engine will be used. The Hector is priced between Rs. 12.84 lakh and Rs. 18.09 lakh (ex-showroom) and it can be had with a six-speed manual or a dual clutch auto in petrol while the diesel motor is linked with only a six-speed manual transmission. 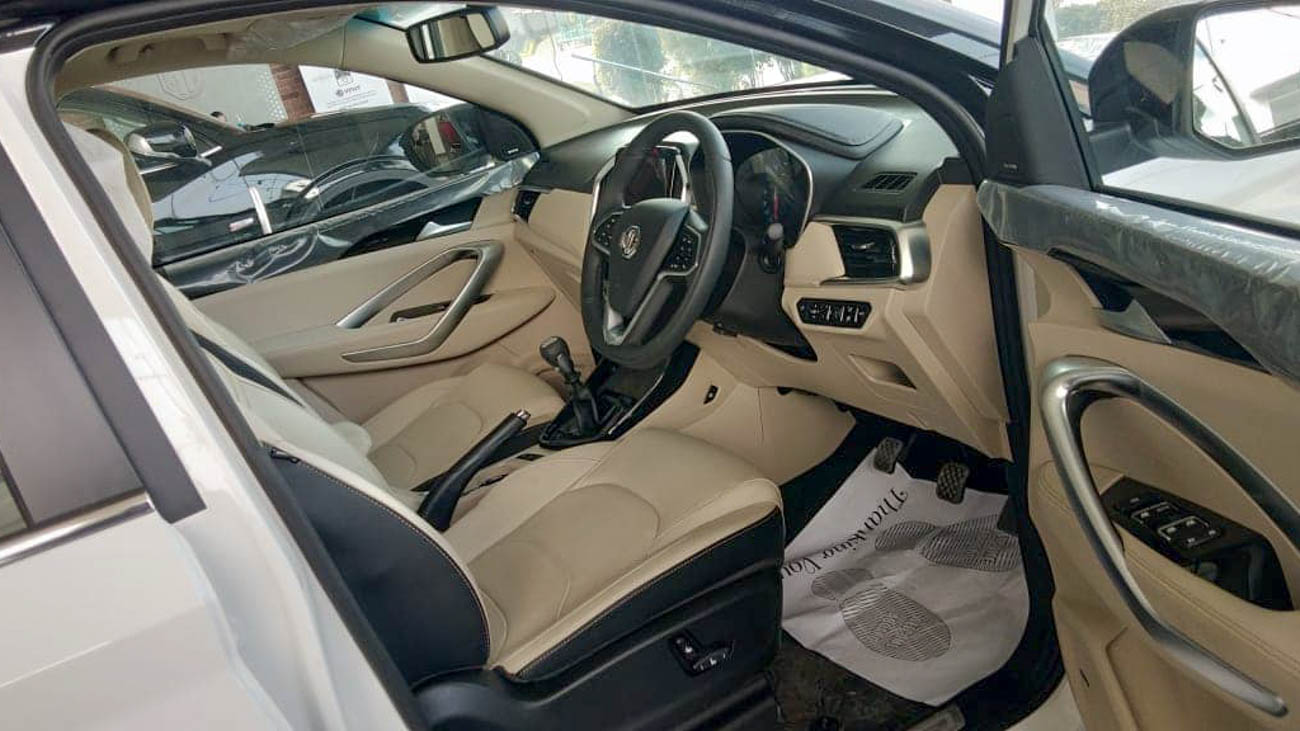 The facelifted MG Hector will compete primarily against the upcoming Mahindra XUV500 bound for early 2021 and a host of other premium SUVs.