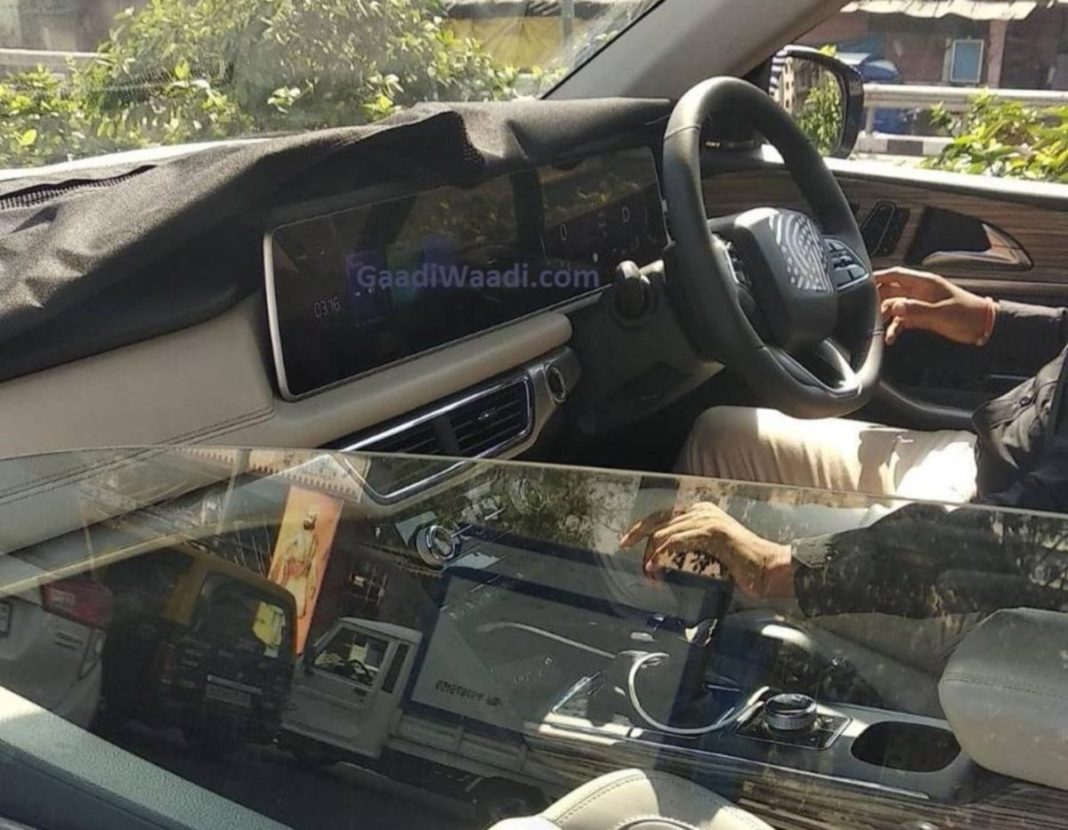 The next-gen XUV500 will have a Mercedes-Benz-inspired dual-screen dashboard, while the centre console resembles than on BMW cars

Mahindra XUV500 was first launched in India back in 2011, and now, almost a decade later, the manufacturer is planning to introduce its next-generation version. The next-gen XUV500 has been spied multiple times on road tests, and a lot of details have been known about the upcoming SUV through multiple spy pictures.

We recently got our hands on a new spy shot, which gives us a clear look at the interior of the next-gen XUV500. We were already aware that the SUV would get a dual-screen setup, resembling the one we see on a few Mercedes-Benz models, like the EQC. The setup includes a fully-digital instrument console and a large touchscreen infotainment system, placed in a joint housing.

Other than that, the new-gen XUV500’s interior also bears a small resemblance to BMW X1. The placement of the AC vents below the infotainment screen, the dual-zone climate control panel with physical controls below it and the music system controller near the gear lever remind us a little of the BMW crossover. These don’t seem to be inclined towards the driver though. In the spy picture, we also notice a lot of other details. 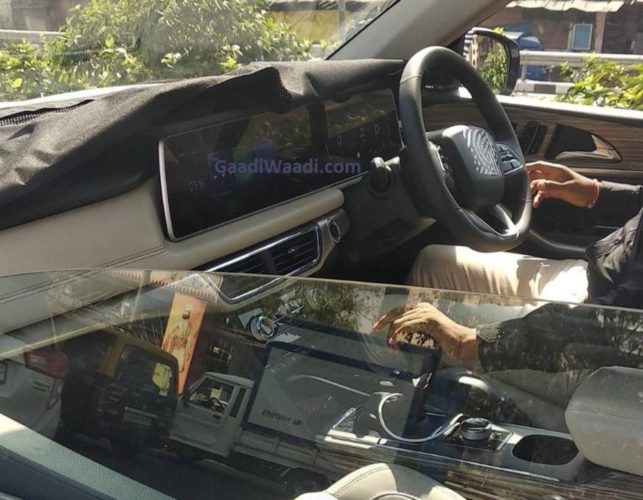 The dashboard is leather-wrapped, while the inside door panels get a wood finish. The door handles and door locks are made of metal and look stylish. We also see the controls for the power-adjustable front seats (either 6-way or 8-way adjustable) on the door trim, which will likely get a memory function as well. The start/stop button is placed near the centre AC vents, and the leather-wrapped steering wheel gets integrated controls for audio and cruise control.

We also see a leather-wrapped centre armrest for the front row seats. Other features expected to be offered on the upcoming SUV include a panoramic sunroof, an electronic parking brake with auto hold, and up to seven airbags. According to reports, the upcoming new-gen XUV500 will also get level-1 autonomous driving aids, like automatic emergency braking, lane-keep assist, etc.

Also, the vehicle is expected to be available in both 7- and 6-seat configurations, with the latter offering captain seats in the middle row. As for the powertrains, we expect the next-gen Mahindra XUV500 to be available with the same engine options as the Mahindra Thar – a 2.0-litre turbo-petrol and 2.2-litre turbo-diesel – but tuned to generate higher power output.