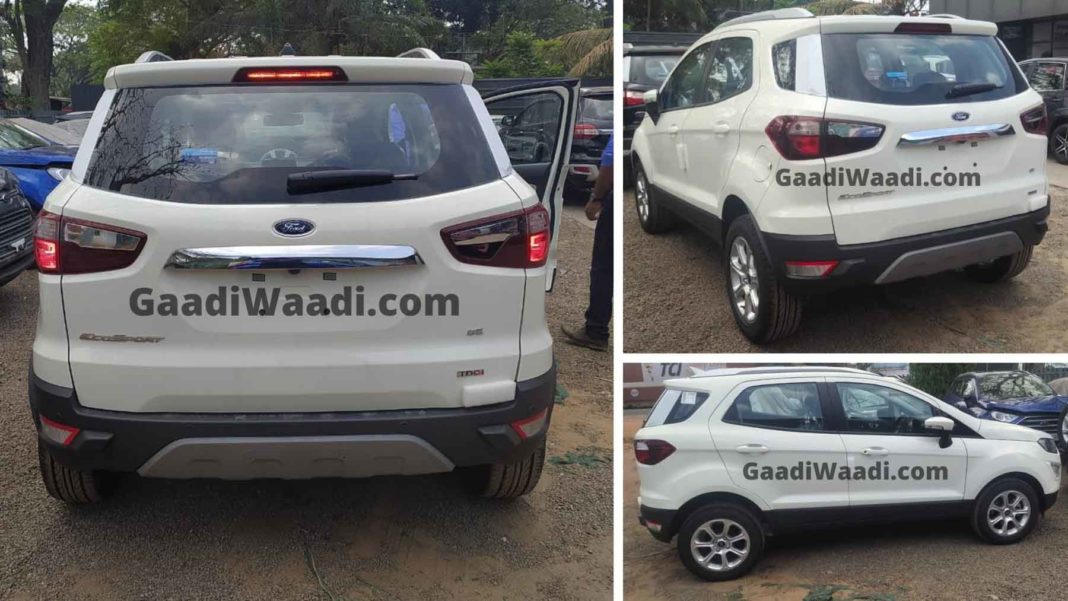 Ford is planning to add a new ‘SE’ variant to the EcoSport range very soon, which will ditch the boot-mounted spare wheel

Recently Ford EcoSport ‘SE’ variant was spotted arriving at dealerships, which leads us to believe that it will launch in our market very soon. The new model has now been spied once again, this time during a TVC shoot. The biggest change on the ‘SE’ variant of the EcoSport is the lack of a boot-mounted spare wheel, just like the international model.

The new ‘SE’ trim won’t get a spare wheel at all, but will offer a puncture repair kit instead. As per the Ministry of Road Transport & Highways (MoRTH), a spare wheel is not mandatory for vehicles in the ‘M1’ category (passenger cars with a total seating capacity of fewer than 8 people).

Also, the numberplate holder has now been moved to the tailgate, and gets a chrome slat just above it. The rear bumper now gets a faux skid plate, with silver finish, which looks quite elegant. The tailgate still opens sideways though, just like the current EcoSport models. The new ‘SE’ variant also gets projector headlamps and LED DRLs, along with single-tone alloy wheels. 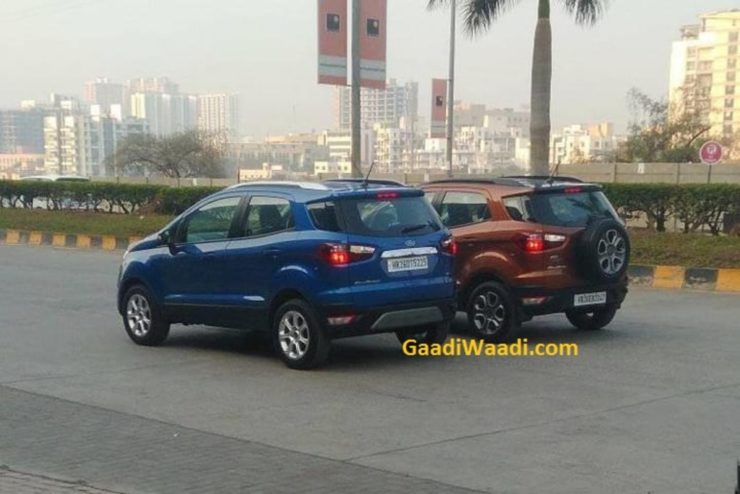 We also see a pair of silver-finished roof rails here, on the body-coloured roof. The overall design remains unchanged though, and we don’t expect any changes to the powertrains as well. Currently, Ford EcoSport is available with two engine options in the Indian market – a 1.5-litre petrol engine and a 1.5-litre diesel engine. 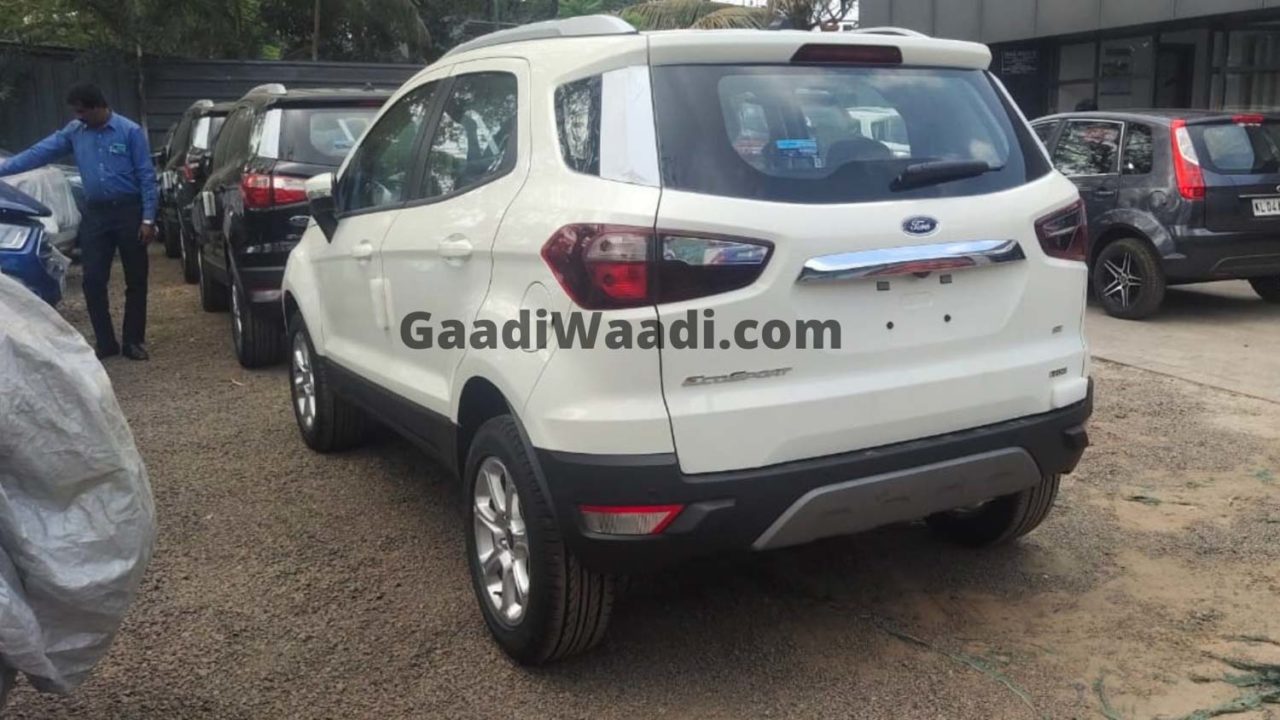 Ford was previously in talks with Mahindra & Mahindra, to source the 1.2-litre ‘mStallion’ petrol engine for the EcoSport, but that plan has now been put on hold. The current price of Ford EcoSport ranges from Rs. 7.99 lakh to Rs. 11.49 lakh (ex-showroom, New Delhi), and according to sources, the new SE trim will be positioned between the Sports and Titanium trim.