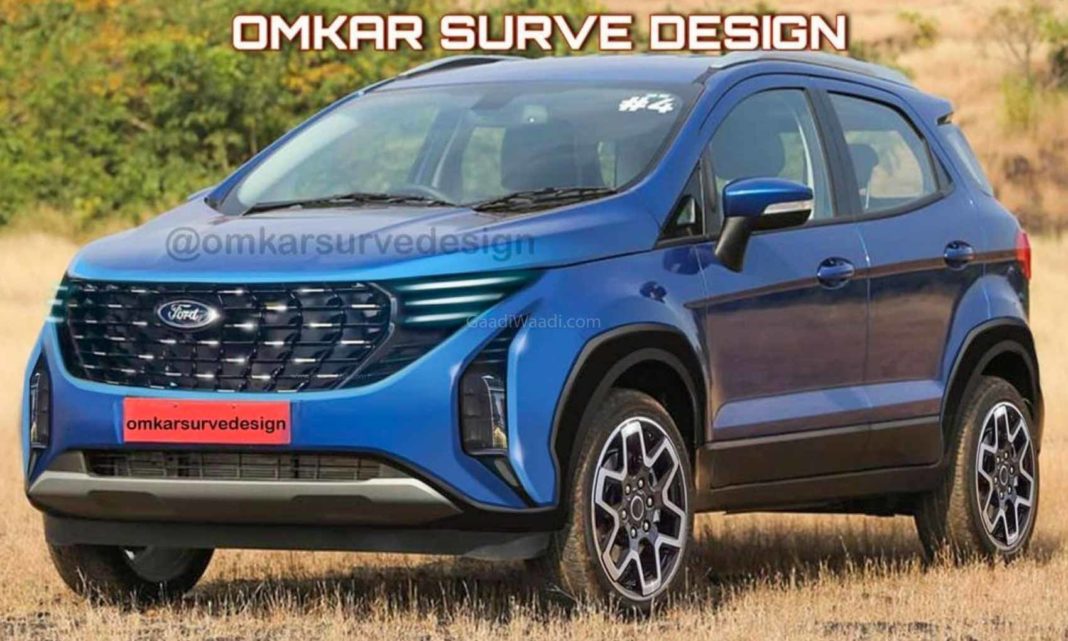 We exclusively revealed a few days back that Ford is preparing a facelifted version of the EcoSport for debut in February 2021. Moreover, the leaked image of a brand new Ford SUV was not of the upcoming C-segment SUV internally codenamed CX757 and that it was of the cosmetically updated EcoSport. Based on the image, here we have a rendering of the 2021 Ford EcoSport.

The compact SUV is one of the early movers in the segments and thus it reaped benefits of having a sort of a monopoly until the Maruti Suzuki Vitara Brezza entered the fray. Despite getting only minor exterior updates and feature revisions, the EcoSport remains as the best-selling model for the American auto major. However, its volume numbers have certainly been shrinking.

This was mainly due to the arrival of more advanced rivals despite the sub-four-metre SUV space being the most sought after and competitive over the last couple of years. We do believe that the redesigned front fascia gives a compelling and refreshed vibe to the five-seater, which is also a volume grabber in the international arena – mainly in emerging markets. 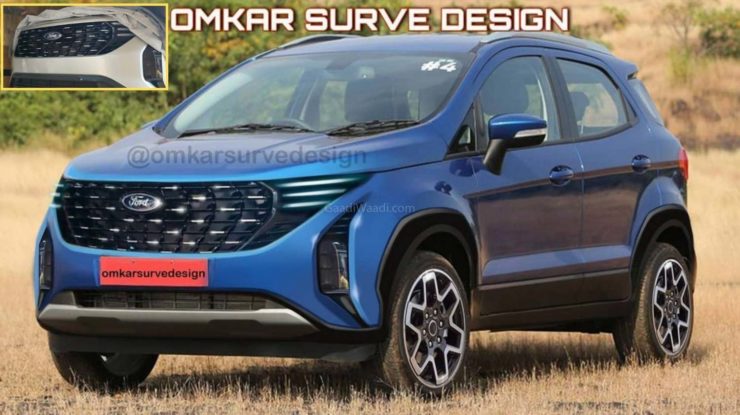 The EcoSport is expected to gain a brand new generation in Latin America in a year or two as well. The digital imagination shows the presence of a new black chrome embellished in chrome with the Blue Oval badge mounted in the middle. The triple stacked LED Daytime Running Lights make for an interesting move and it certainly enhances the facade.

The bumper section has got a lot busier with the existence of the vertical housing incorporated with additional lighting elements while the underbody skid plate and wider central air inlet add character. As in the rendering, we do not expect any significant changes to the side profile but the rear end will more likely receive new tail lamps and bumper.

In addition, we can expect the interior to carry noticeable updates as well alongside the inclusion of new features. As for the performance, the 1.2-litre three-cylinder turbocharged petrol engine used in the Mahindra XUV300 could be employed and it develops a maximum power output of 110 PS at 5,000 rpm and 20 Nm of peak torque delivered at 2,000 rpm. It could be paired with a six-speed manual transmission.