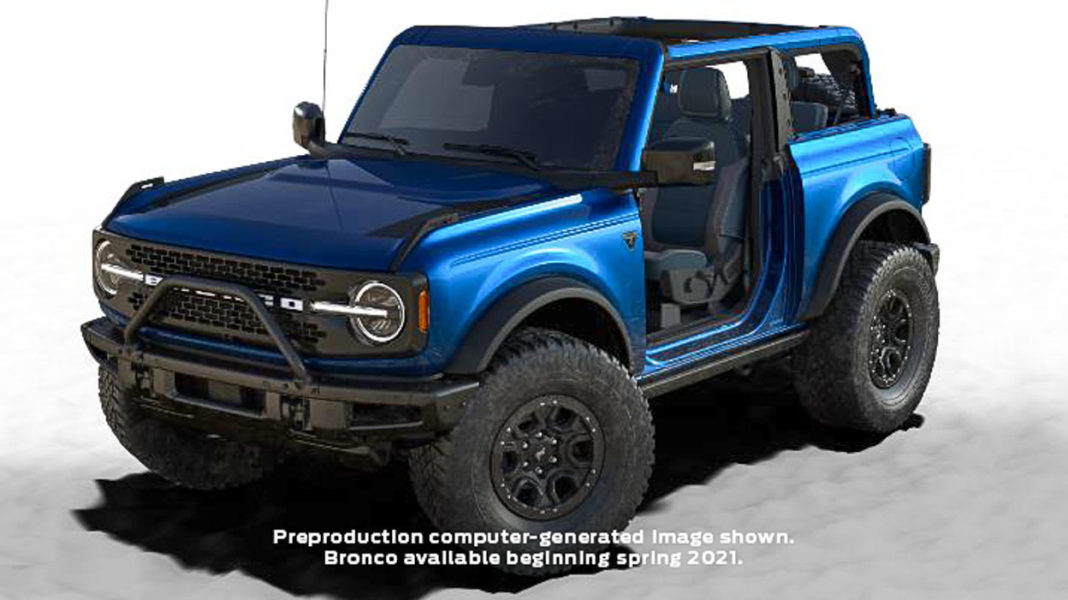 Ford officially took revealed the new 2021 Bronco and the 2021 Bronco Sport some time ago, and the dedicated off-roaders have received an overwhelming response from people all around the globe. While the upcoming Bronco is available in a range of trims, the most exclusive one is the First Edition model.

The First Edition model will be available in limited numbers, which means that the new colour that Ford has now introduced, won’t be significant to you if you haven’t already booked the said variant. However, if you have, then you will surely be excited to know that the 2021 Bronco First Edition now gets a new Lightning Blue paint scheme, which is exclusive to the said model.

The new Lightning Blue joins the other four colours that are available with the 2021 Bronco First Edition, namely Area 51, Rapid Red Metallic Tinted Clearcoat, Cactus Gray, and Cyber Orange Metallic Tri-Coat. However, the rest four paint schemes are also available on other Ford Bronco trims. Thus, the new Lightning Blue colour will be the most exclusive one to be offered with the next-gen Bronco. 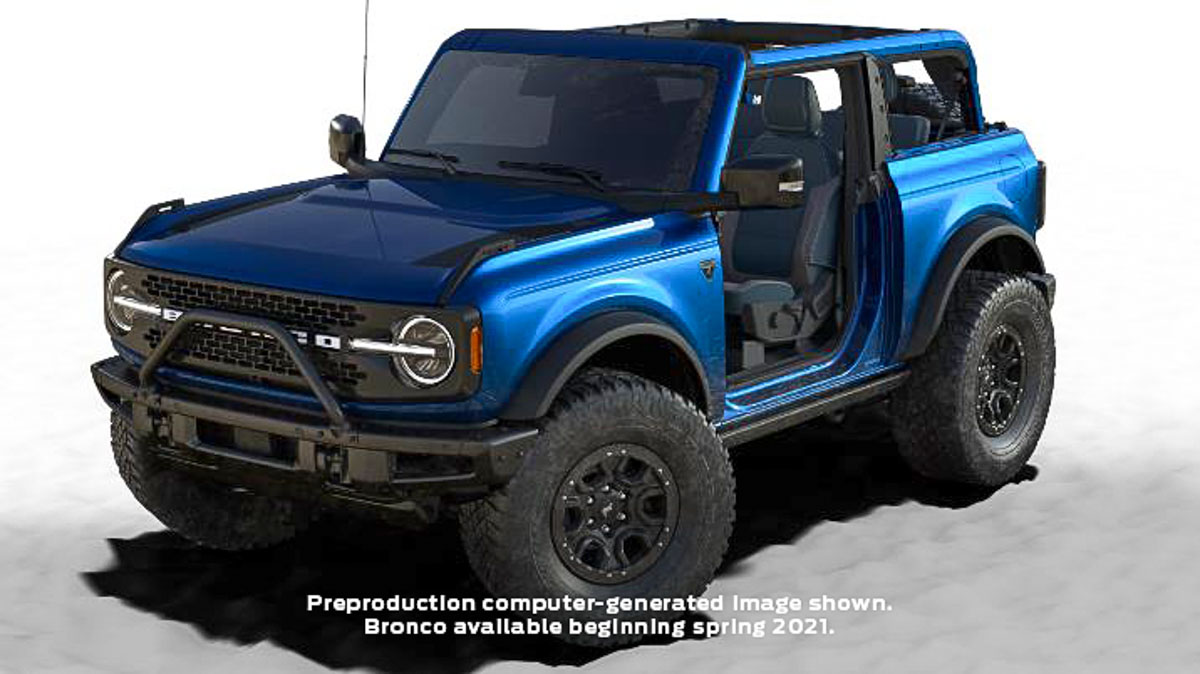 Talking about the upcoming 2021 Bronco, it will come equipped with a 2.3-litre turbocharged four-cylinder EcoBoost petrol engine that belts out 270 hp of maximum power, while the higher trims will get a 2.7-litre EcoBoost V6 twin turbo petrol engine with a power output of 310 hp, and a peak torque rating of 542 Nm. The transmission options will include a 7-speed manual gearbox with crawler gear, as well as an optional 10-speed SelectShift automatic with Trail Control.

However, we do not expect the production of the 2021 Ford Bronco to start anytime before March next year. That being said, Ford has already garnered over 1,65,000 bookings for the next-gen Bronco, while the First Edition model is just limited to 7,000 units. This means that by the time you decide to purchase one, you probably won’t be able to get your hand on a Lightning Blue Ford Bronco First Edition.