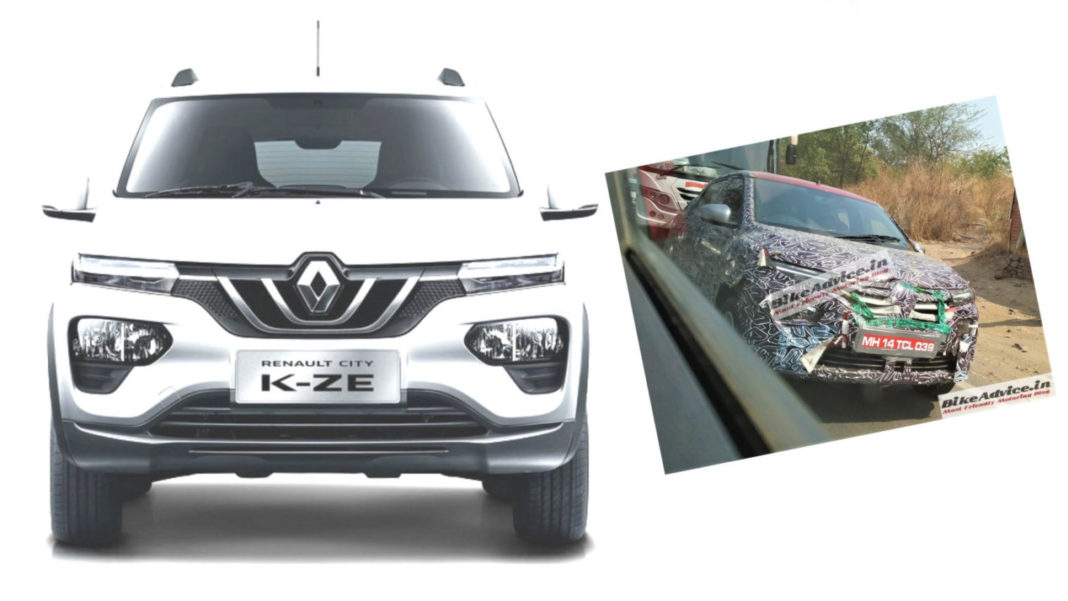 2020 Renault Kwid facelift will launch by the year-end to take on the updated Maruti Alto twins, to be inspired from K-ZE electric from China

The 2020 Renault Kwid facelift was first spotted late last month. The refreshed version of its company’s bread-and-butter model has been spied once again, this time in Pune, Maharashtra.

The Renault Kwid was first launched in 2015 and was quick to impress the budget-end car buyers by its Duster-like looks, reasonably powerful and fuel-efficient engine options, optional AMT and a huge boot space. The Kwid did help the carmaker find enough customers initially but the small car has been losing its shine since a couple of years.

Therefore, the 2020 Renault Kwid facelift will be tasked with bringing the lost glory back to the Maruti Alto rival. The facelift seems to have taken several hints from the Renault City K-ZE, which is nothing but the Renault Kwid-based electric vehicle. It will carry a new radiator grille, a two-tier front light setup, a revised lower grille, new wheel covers, and refreshed tail lamps.

The interior of the 2020 Renault Duster facelift isn’t expected to offer any major update. The only new bit on the inside could be a revised upholstery, while the trendy semi-digital speedo cluster and the sporty three-spoke steering wheel will likely remain untouched. Moreover, the top-end variants will continue to be available with the touchscreen infotainment unit.

The 2020 Renault Kwid facelift will be powered by BS-VI-compliant versions current vehicle’s 0.8-litre and 1.0-litre three-cylinder petrol engines. The current transmission choices, which include a 5-speed manual and an AMT, will be carried over.

We expect the 2020 Renault Kwid facelift, which goes on sale in the last quarter of this year, to cost roughly Rs 20,000-30,000 more than the current version. Currently, the Kwid range starts at Rs 2.71 lakh (ex-showroom, New Delhi).