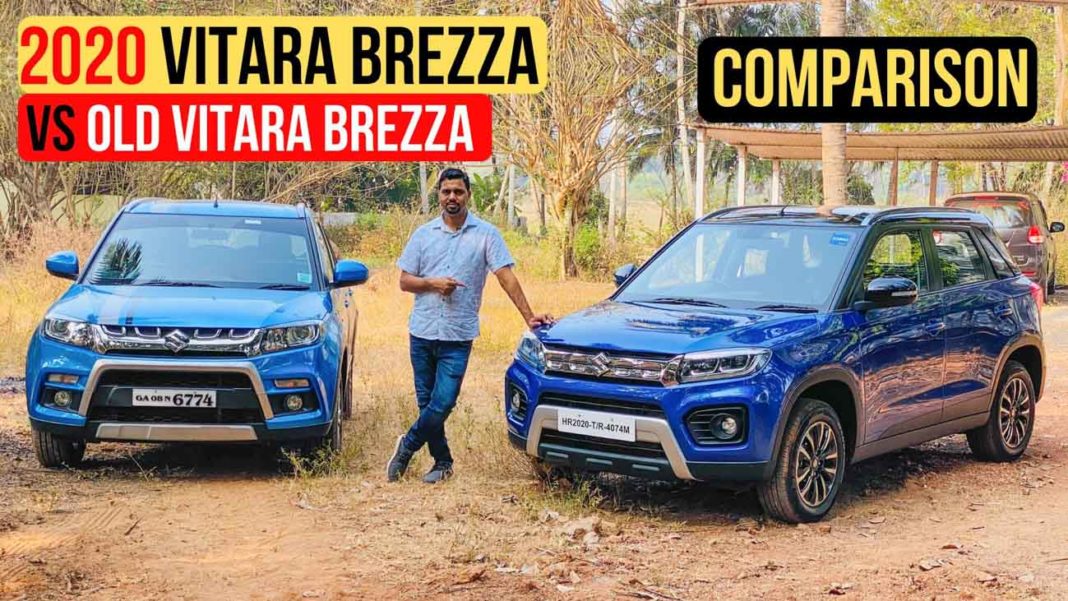 Maruti Suzuki launched the facelifted version of the Vitara Brezza SUV at a base price of Rs 7.34 lakh (ex-showroom) recently, and while the car remains largely the same as before, the 2020 Vitara Brezza features a whole lot of changes including the features, the exteriors, as well as powertrain.

But is the 2020 Vitara Brezza facelift a step up over the outgoing model, that has continued to dominate the sub-compact SUV sales charts for over three years now? Take a look at this comparison video to find out.

In terms of design, the new Vitara Brezza gets new dual-projector LED headlamps up front, integrated with LED DRLs which double up as turn indicators, on the high-end trims. The lower trims get ice-cube shaped turn indicators mounted in the bumper. The 2020 Vitara Brezza also gets redesigned front and rear bumpers, along with new LED fog lamps on the top-end variant.

The car continues to sit on 16-inch alloy wheels, expect it now gets all-new precision-cut units. Moving to the rear, the Vitara Brezza facelift gets new LED tail lamps, along with a faux skid plate as well. In terms of features, the car comes packed with Maruti Suzuki’s Smartplay infotainment system which is integrated with Apple CarPlay and Android Auto connectivity.

The new Vitara Brezza comes equipped with a BS6-compliant 1.5-litre petrol motor that replaces the 1.3-litre diesel engine found in the pre-facelift model. The oil burner produced 90 PS power and 200 Nm torque, while the new petrol mill makes 105 PS of max power and 138 Nm peak torque. The transmission duties are handled by a 5-speed manual and a 4-speed automatic gearbox. 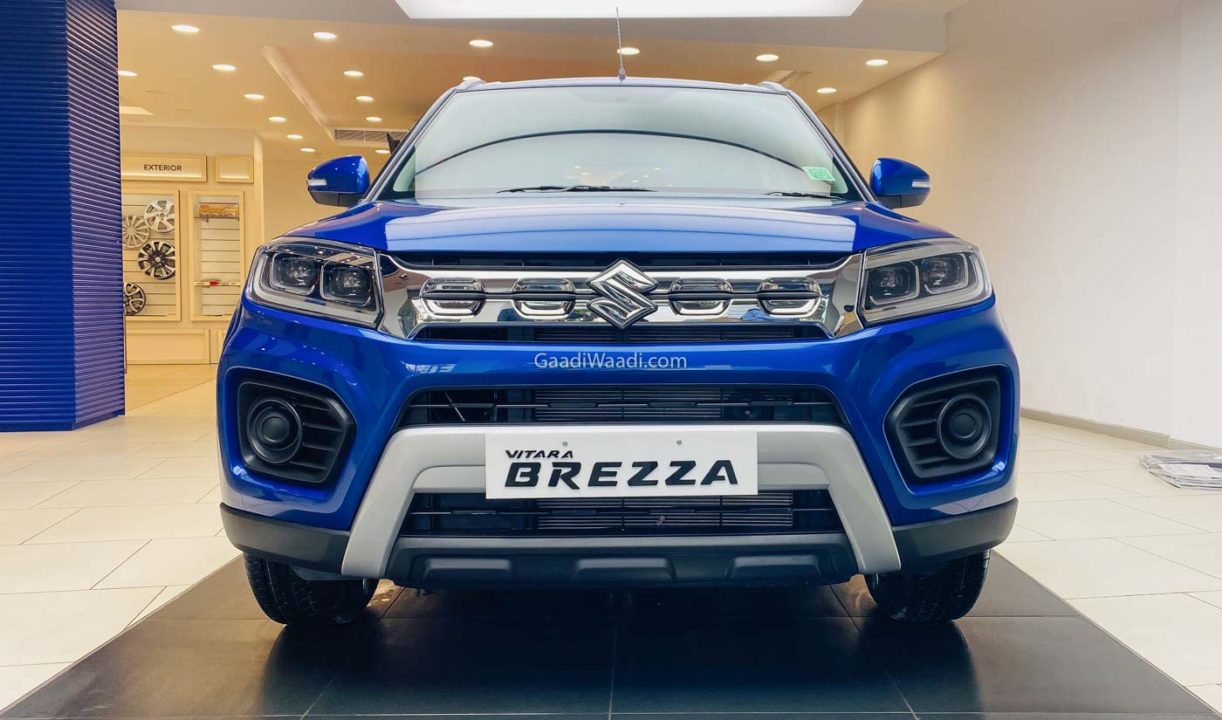 Maruti currently retails the 2020 Vitara Brezza in the range of Rs 7.34 lakh and Rs 11.40 lakh (ex-showroom). The car continues to rival the likes of Tata Nexon, Hyundai Venue, Mahindra XUV300 and Ford EcoSport in the Indian market.