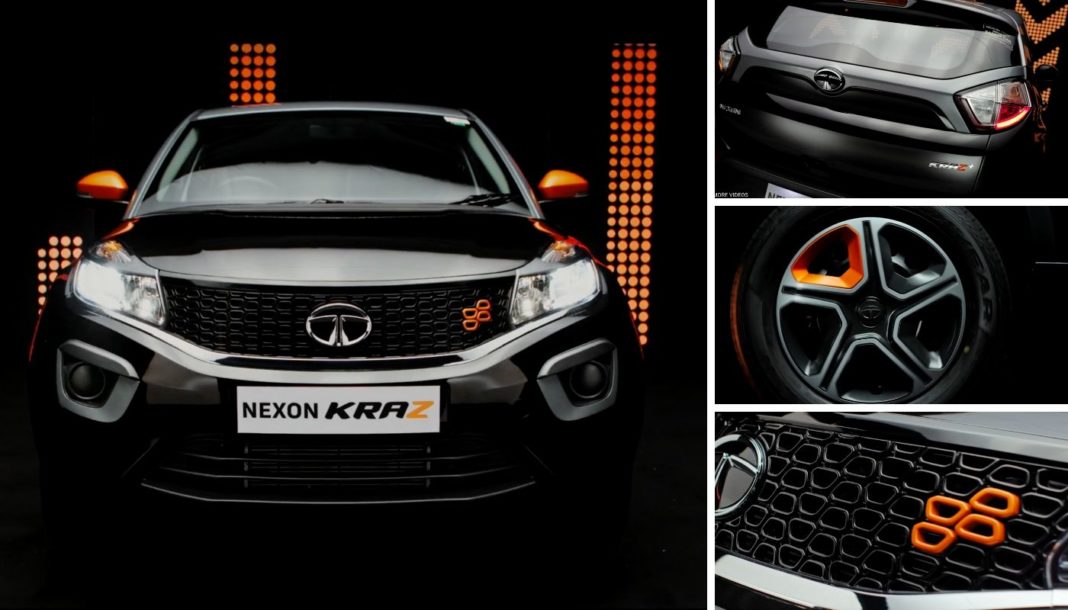 The Nexon Kraz (pronounced as craze), which was also introduced last year now gets better contrasting Tangerine colour highlights on the outside as well as inside and is launched in two versions, the Kraz manual version that is priced at Rs 7.57 lakh and and Kraz+ AMT priced at Rs 8.17 lakh (ex-showroom, New Delhi). Tata has implemented ten design changes to differentiate the Kraz from the regular model.

The body of the 2019 Tata Nexon Kraz Edition features black colour called Tromso with a sonic-silver roof finish. The ORVMs now get a Tangerine colour that adds to the contrast and adds a sporty touch. The Tangerine orange inserts are also visible on the grille and the wheels. At the tailgate is the ‘Kraz’ badging with the ‘Z’ letter finished in the contrast colour. 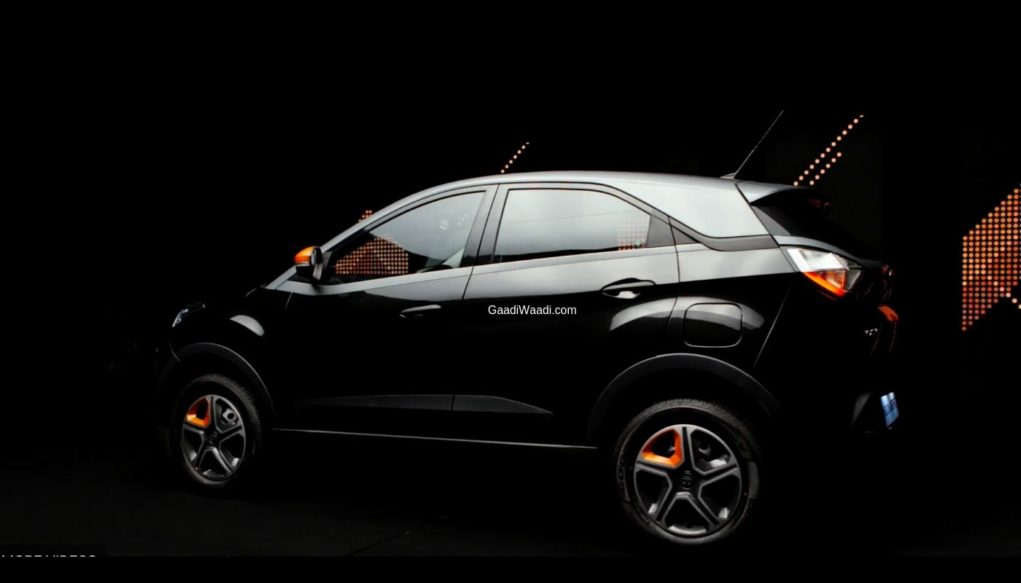 The interior of the 2019 Nexon Kraz Edition gets many contrasting elements like the Tangerine accents on the seat fabric and contrast tangerine-coloured seat-stitching. The same colour has been used in the grille inserts of the Piano black dashboard and there’s tangerine-coloured air–vent surrounds. The Piano Black finish has been carried forward to the door and steering wheel accents.

There’s no mechanical change to the Tata Nexon Kraz edition as it continues to get the same 1.2-litre turbo Revotron petrol and 1.5-litre Revotorq diesel engines. While the petrol unit is good enough to produce a maximum power output of 110 PS and 170 Nm, the diesel one produces 110 PS and 260 Nm. Both the engines are connected to either a six-speed manual or a six-speed AMT transmission. 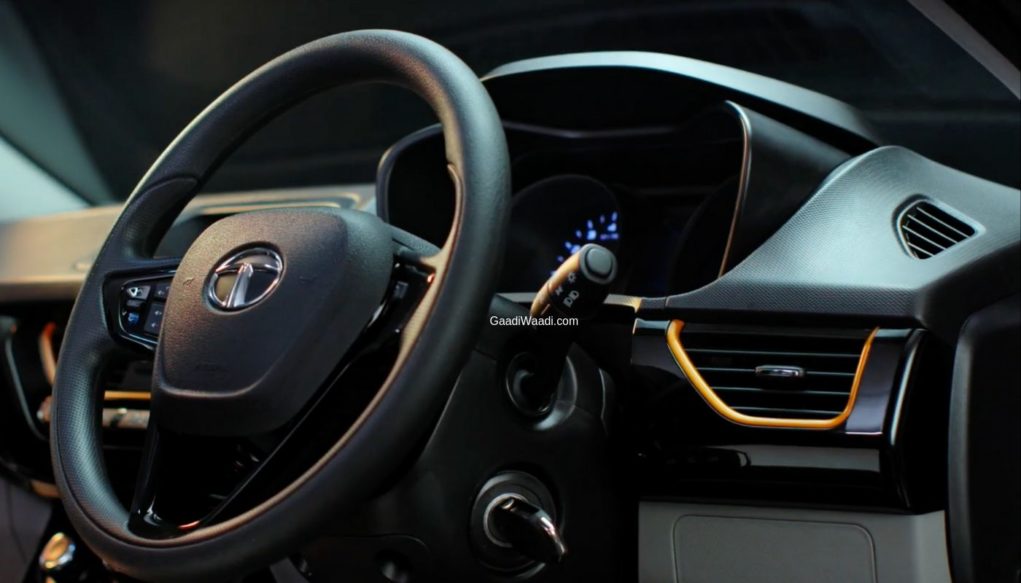