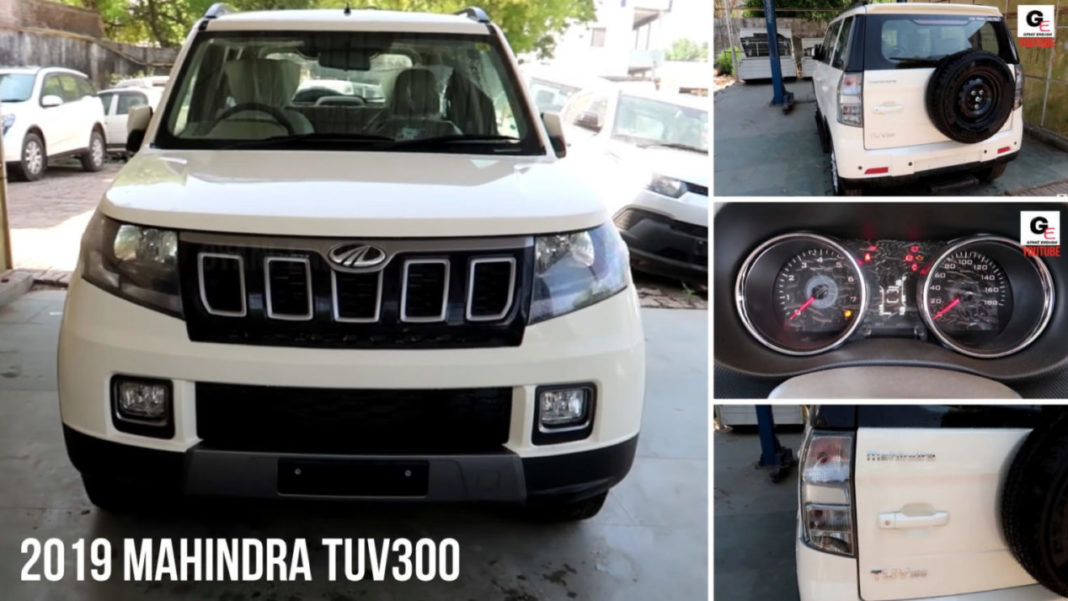 2019 Mahindra TUV300 facelift comes with cosmetic updates while the performance will likely remain the same; launch next month

Mahindra & Mahindra launched the eagerly awaited XUV300 on Valentine’s Day and it has proved to be a success judging by the more than 4,000 unit sales in its first month. While its consistency has to be waited and seen, there is no secret that it will have eaten into the declining volume numbers of the TUV300.

The monocoque XUV300 is not the first sub-four-metre offering from Mahindra as it had previous experiences with modest success. The largest UV manufacturer in the country brought in the ladder-frame based TUV300 in September 2015. An early entrant into the sub-four-metre SUV did help its sales cause as the TUV300 enjoyed good initial momentum.

As new competition started coming in, the TUV300 could not cope and had its volumes reduced. Mahindra has been eyeing a facelift for the TUV300 for quite a while now and it will go on sale next month. It is expected to help the SUV revive its sales fortunes by quite a bit and it packs several cosmetic features.

Having been captured undisguised on camera, the changes can clearly be seen on a YouTube video as it has started arriving at dealerships. Up front, the 2019 Mahindra TUV300 facelift gets a glossy new black grille accented in chrome. The headlamps have received smoke effect and the black finish continues on to the bumper section at front and rear.

The tail lamps adorn clear lens treatment and get new graphics as well while the spare wheel cover is slightly exposed. The alloy wheels do seem to have got a minor update. The interior of the facelifted TUV300 adorns dual-tone beige and black theme while no styling changes are made as it continues to have heavy silver accents.

No mechanical changes will be made as the 1.5-litre mHawk diesel engine will continue to produce 100 PS and 240 Nm and it will be connected to either a five-speed manual or an AMT transmission. Mahindra will likely update the TUV300 to meet BSVI regulations just ahead of the deadline next year.