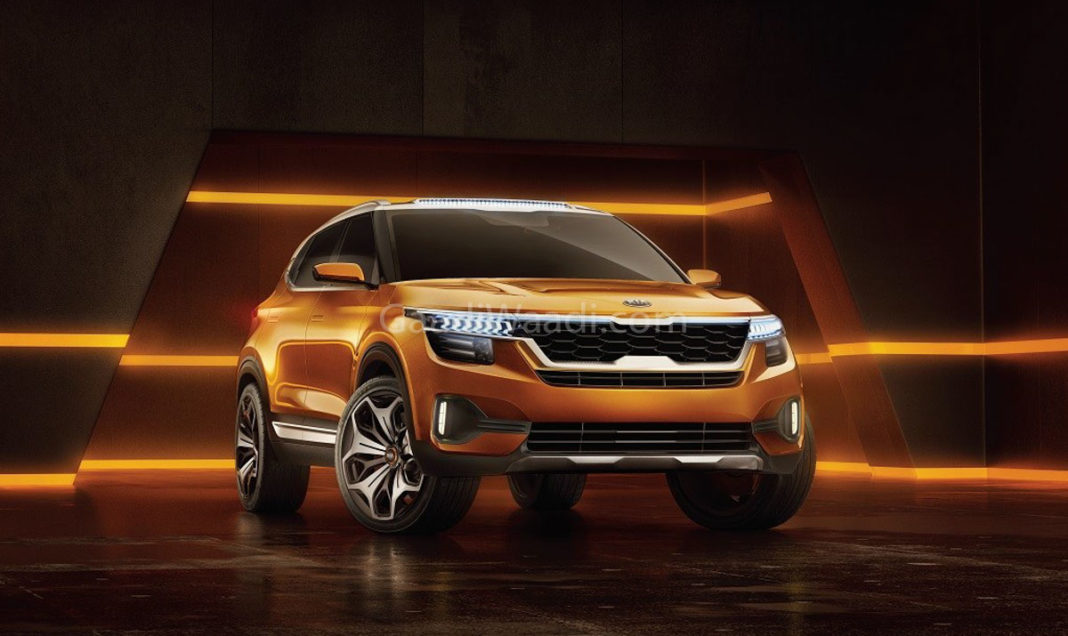 The production version of SP Concept will be the first model from Kia to be launched in India. The Trazor based on SP Concept was already spotted testing in South Korea and now the test mule has been caught on Indian roads for the first time. The camouflaged test mule looks similar in proportions to Hyundai Creta.

We have already reported that the Trazor is based on the revised platform of Creta and both models will share components to keep cost down. The compact SUV also comes with roof rails and the front gets signature tiger nose grille, which gives an aggressive look for Trazor. The front design is similar to what we have seen in the concept model.

The rectangular headlamps are positioned slightly lower and the company has given LED DRLs on the conventional headlamp position. The test mule spotted appears to be a lower variant as it gets steel wheels and ORVMs comes with integrated blinkers. The black plastic cladding running across the body from the concept model has been retained in the production version also.

The A-pillar of Trazor is finished in black colour and the SP Concept also had this. Kia has confirmed earlier that they will carry forward most of the design elements of the concept model to production version and it is evident from the test mule also. The rear might get LED tail lamps along with a new bumper. 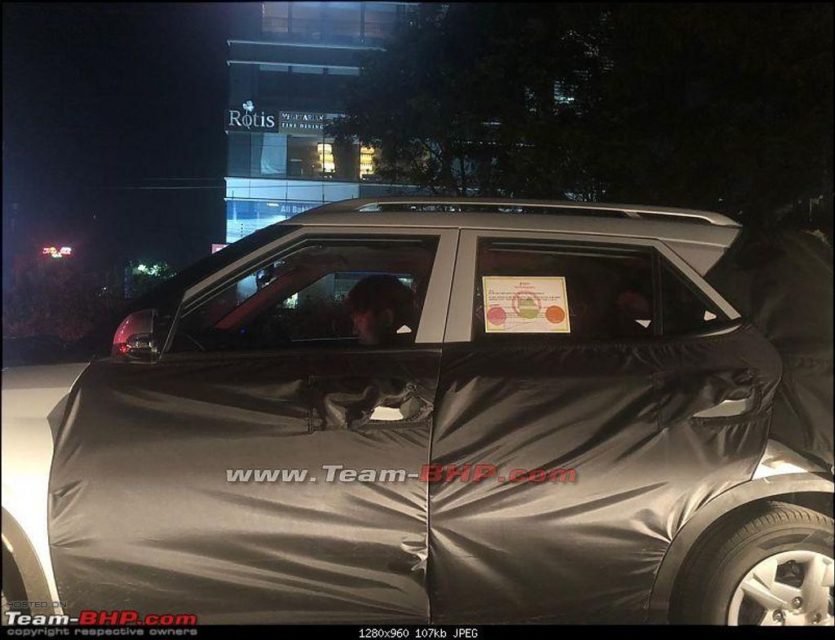 The interior design is going to be similar to other Kia models sold globally with three spoke multifunction steering wheel and a new instrument cluster. The infotainment screen will be placed on top of the dashboard and the climate control buttons will be placed below it. We can expect quality to be similar as Creta.

Kia will pack the compact SUV with lots of features like wireless charging for the smartphone, cruise control, keyless entry, push-button start, six airbags, ABS, EBD, Brake Assist and more. The Trazor will be powered by new BSVI complaint 1.5 L diesel and petrol engines with a manual and automatic transmission. The Tusker will be launched by the middle of 2019 and pricing is expected to be competitive.