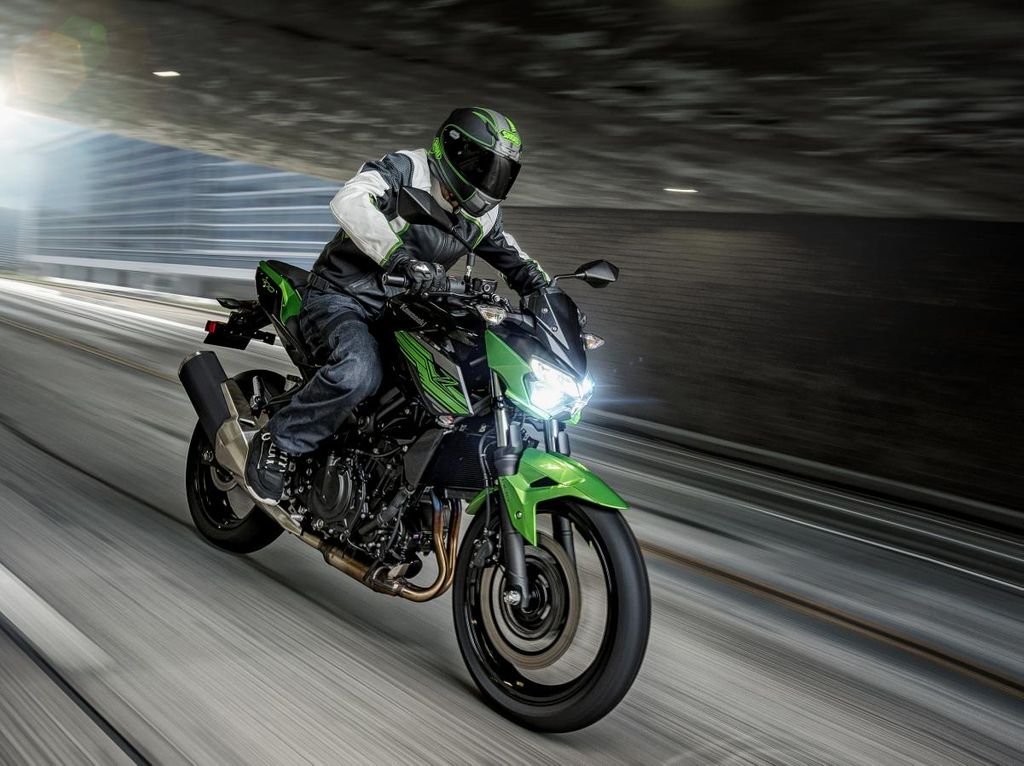 Kawasaki has added one more motorcycle to their Z series lineup. The Japanese two-wheeler maker has finally unveiled the Z400 at this year’s EICMA and it surely is a show stealer. The motorcycle is positioned in between the entry-level Z125 and the middleweight Z650.

As far as the brakes are concerned the Z400 has been fitted with a 310 mm disc for its front wheels and 220 mm disc at its rear. Dual channel ABS is also offered as standard with the motorcycles. The motorcycles get an upright seating and relaxed position; the wide handlebars, forward positioned aluminum foot pegs helps accommodate a variety of riders.

The motorcycle gets its styling inspiration from the Z900, the front headlamps are now all LED units while the curved fuel tank and rear tail section look highly inspired by the Ninja 400. The instrument cluster, in particular, has been inspired by the Z650 and it feeds plenty of information to the rider. The gear position indicator is stacked vertically in between the large analog tachometer and LCD instrumentation display. 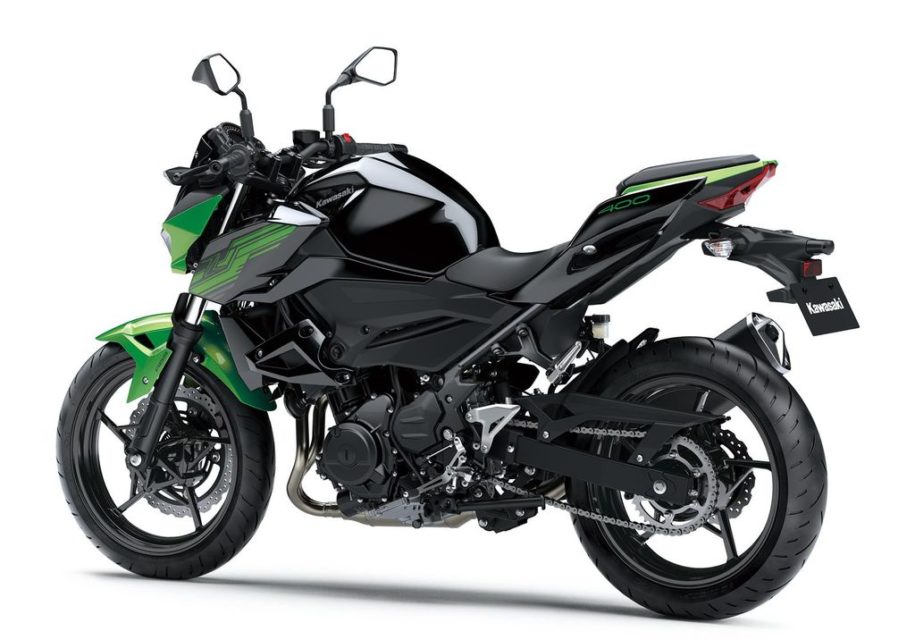 Kawasaki has borrowed the 399 cc powerplant straight from their faired sportsbike Ninja 400 and has planted it in the new chassis. The Z400 is powered by a 399 cc parallel twin unit which produces about 44 Bhp of peak power and 38 Nm of torque. The engine is paired to a 6-speed gearbox which sends power to the rear wheels.

The motorcycle gets a slipper clutch as well for the advantage of the rider. The Kawasaki Z400 is made available in two colors including Candy Lime Green / Metallic Spark Black and Candy Cardinal Red / Metallic Flat Spark Black. The motorcycle has already been confirmed for the markets of European and North America, however, Kawasaki has not confirmed whether they have plans to launch it in India or not yet.