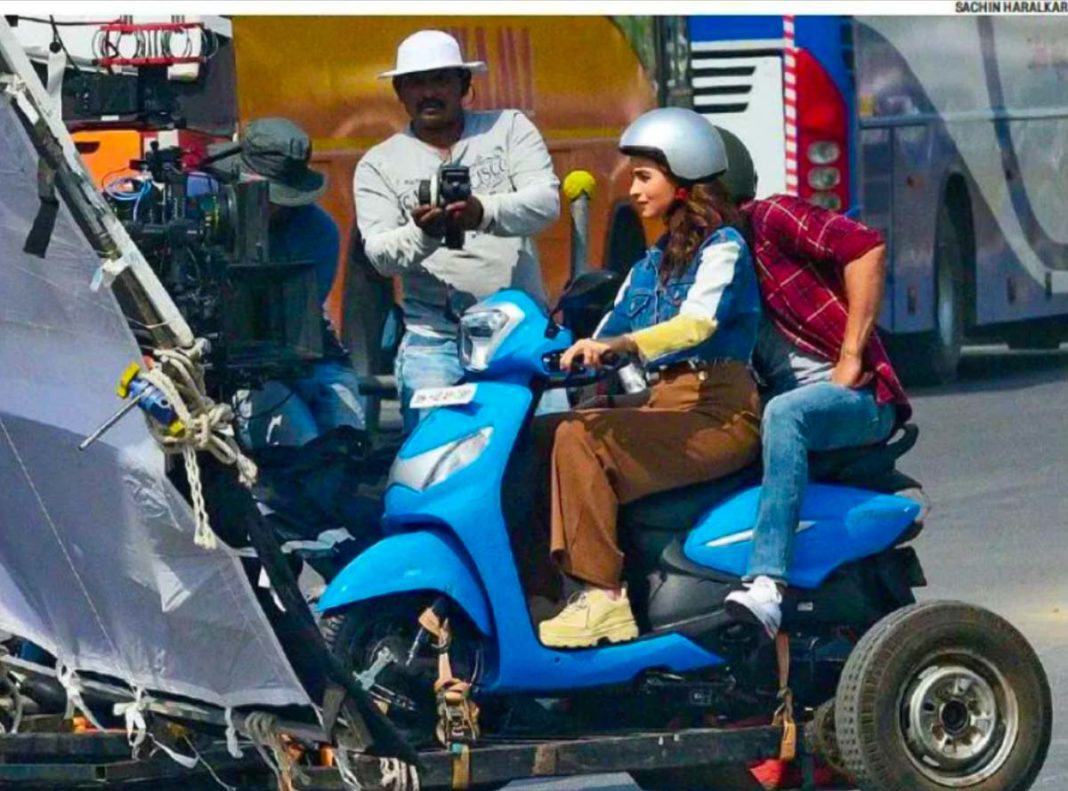 The 2019 Hero Pleasure Expected to launch next month with all new design with changes like LED headlamp, semi-digital instrument cluster

Pleasure has successfully created a niche for itself by being an offering which, in words of the Hero Motocorp, has been tailor-made for the fairer sex. The women-centric scooter was last updated in 2017 and a new spy image shows that Hero MotoCorp is close to launching next-gen version of the automatic scooter.

The Hero Pleasure last received a BSIV-compliant engine and auto-headlamp on (AHO). The 2019 model was recently spotted during its ad shot, which will feature the scooter’s brand ambassador Alia Bhatt. The next-gen model will come with a new headlamp and an updated front apron. The headlamp is likely to be an LED unit. The scooter will even receive a new instrument cluster that will have a semi-digital format.

Even the side panels of the New Hero Pleasure look much sleeker than those of the current version. This is mostly due to the contrasting colour combo courtesy of a grey trim that flanks the metallic paintwork.

In all chances, the specifications won’t see any change. Hero likely to retain the 102cc single-cylinder air-cooled engine that will be mated to a CVT automatic transmission. The engine outputs a maximum power of 7 PS at 7,000 rpm and a peak torque of 8.1 Nm at 5,000 rpm. The top speed has been rated at a rather modest 77 kmph.

Unlike what was being expected earlier, the 2019 New Hero Pleasure doesn’t get a set of telescopic forks or a front disc brake. It continues to come with a trailing link-type front suspension and a 130 mm drum brake. The rear suspension will be the same single shock absorber setup. The scooter will have Integrated Braking System (IBS).

The New Hero Pleasure facelift should be slightly costlier than the current version. Prices could see an increment of over Rs 3,000, which will be justified through the refreshed looks, semi-digital speedo, and additional kit.