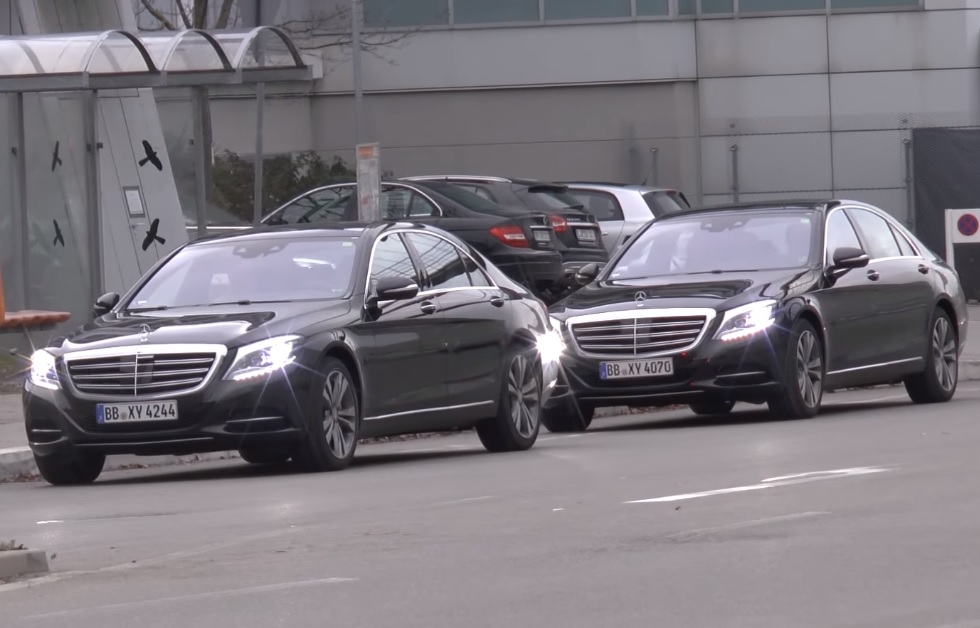 2018 Mercedes S-Class Facelift has been spotted without Camouflage and gets minor exterior revisions; expected launch in 2017

The Mercedes S-Class has been the benchmark of ultra-luxury executive class sedan for many years now. To continue its spell at the top, Mercedes has to keep bringing new innovations in even for a car that never seems to go out-of-date anytime soon with the current generation.

It also gets versatile engine options as the limousine ranges from economical diesel engines to the performance-oriented AMG S63 and AMG S65 versions. The undisguised 2018 Mercedes S-Class Facelift spied testing carries exact same shape with revisions to the headlights.

For improvising night vision, the new Multibeam LED matrix technology is employed along with notable changes to the daytime running lights. Expected to be launched in 2017 after making global debut at 2016 Paris Motor Show, the S-Class Facelift is more likely to derive some of next generation elements that will first appear in the updated 2016 Mercedes E Class.

It ditches four-slat grille for a three-slat prominent grille whilst the rest of the styling remains identical. On the inside, the 2018 Mercedes S-Class Facelift will have an updated three-spoke multifunctional steering wheel, COMAND and DRIVER infotainment system giving it an attractive yet simpler dashboard. Some of the new safety features also likely to be carried over from the new generation E Class are Active Brake Assist, Pre-Safe Plus, Attention Assist, Evasive Steering Assist, Remote Parking Pilot for automatic parking and a new communication system among few others.

Significant changes are also expected from the mechanical side of things as the current V6 range of engines could be replaced by the 3.0-litre straight-six petrol and turbodiesel motors rumoured to be introduced under the hood of the all-new E Class. The existing generation of 7G-TRONIC PLUS gearbox could be replaced in favour of the 9G-TRONIC nine-speed automatic transmission.