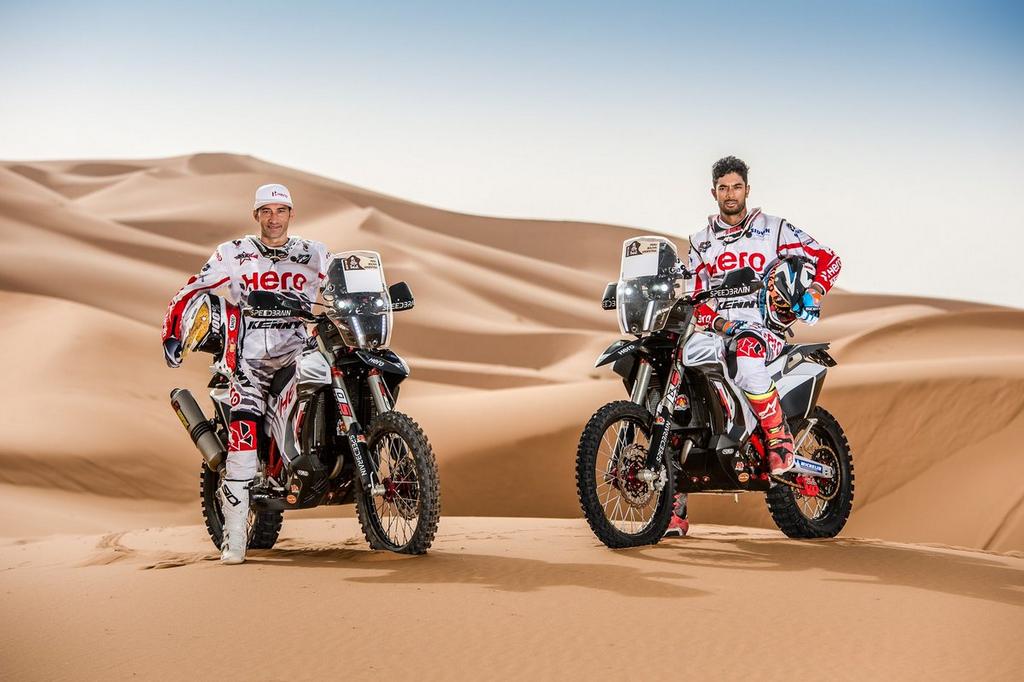 2018 Hero Dakar Rally bike is prepared for the brand’s second outing in the grueling 9,000 km race that runs across three countries

Hero MotoCorp’s motorsport division, the Hero MotoSports, released a teaser image of its new rally bike back at the end of August and now images of the real machine has come to the fore. The Indian two-wheeler manufacturer will be competing in the 2018 edition of the grueling Dakar Rally with the new Speedbrain 450 bike and it opened up a huge level of expectation. It has carried forward a traditional silhouette of endurance bikes and the Hero branding in red decals.

It is currently competing in the OiLibya Rally in Morocco as part of the warm up campaign between 5th and 10th October. The prolific factory riders, CS Santosh and Joaquim Rodrigues, had already been on the saddle of the new rally bike at the Pan Africa Rally and finished within top 10 when Sherco TVS Rally Factory team rider Joan Pedrero took the honours. 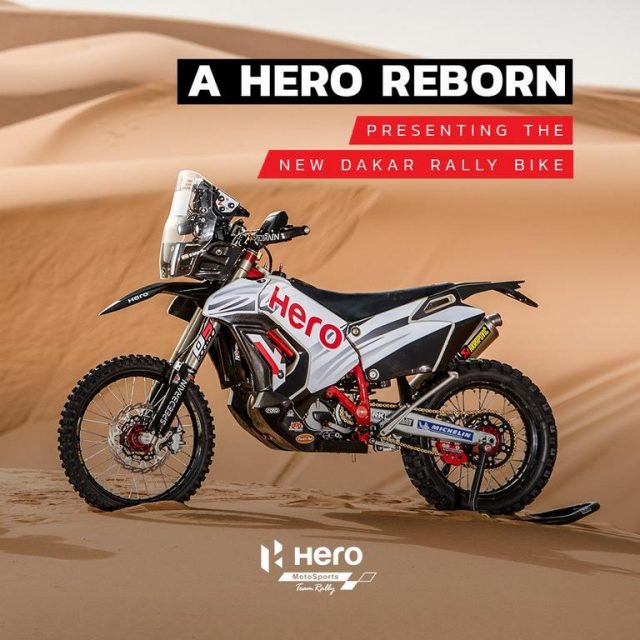 Hero’s motorsport ally Speedbrain has built the bike and it would have to stand the test of physical abilities of the rider as well as the relentless route competitors have to go through in the famous Dakar Rally. The front portion of the motorcycle comprises of new headlamps and an upright windblast protection.

The Dakar challenger is powered by a 450 cc single-cylinder engine which is good enough to produce a maximum power output of 54 bhp. Hero participated in 2017 Dakar Rally with home man CS Santosh and Joaquim Rodrigues from Portugal. Even though Santosh managed to finish 47th, a big achievement, Joaquim Rodrigues went better and took home tenth. 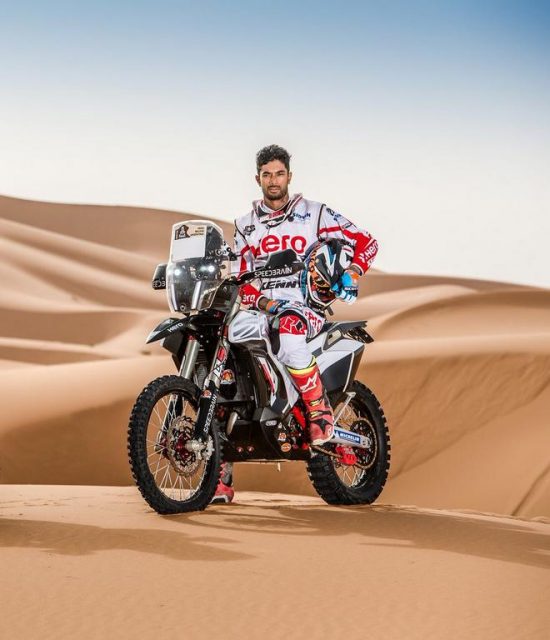 With no rider change, both are pumped to take on the new challenge in the first month of next year. Having had the experience of competing, the Hero crew is all prepared to put the Indian flag waving high on the world stage. They need all the saddle time leading up to the event and assist from the 2018 Speedbrain 450 that has tweaked body panels on the sides as well as the rear for better aerodynamic efficiency.