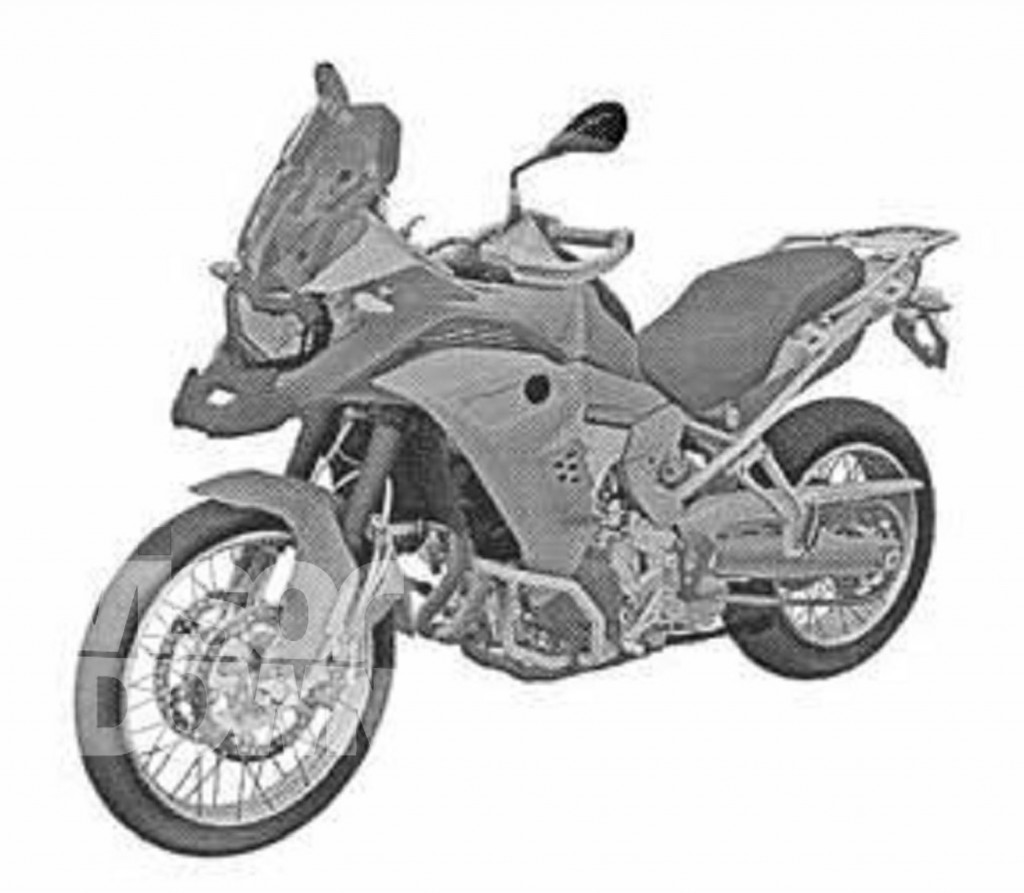 The patent image of 2018 BMW F850 GS Adventure has been leaked online and the new hardcore off-road model is expected to be revealed at either Intermot or EICMA as the company has already begun sales of regular F850 GS in Europe, but US launch is delayed as they want to introduce the entire F series at the same time.

Even though the image resolution is low, it reveals all the changes for new 2018 BMW F850 GS Adventure. The company has given wider windscreen along with crash bars and thick bash plate. The GS Adventure also comes with large fuel tank as the old model had a 24 litre fuel tank compared to just 16 litres on the normal GS model.

The designers have also made some changes for the side panels, which looks different from the standard model and a new luggage rack at the rear. The company has also made some changes for the rear sub-frame as they want to improve support for pillion seat. BMW will carry forward the same engine from regular F850 GS but power output is different for US and European model.

The Euro spec F850 GS Adventure is powered by 853 cc parallel twin cylinder engine producing 95 hp of power at 8,250 rpm and 92 Nm of torque at 6,250 rpm. This engine is mated to six-speed gearbox and it comes with anti-hopping clutch. The company is also offering gear shift assist pro for clutchless shifting. 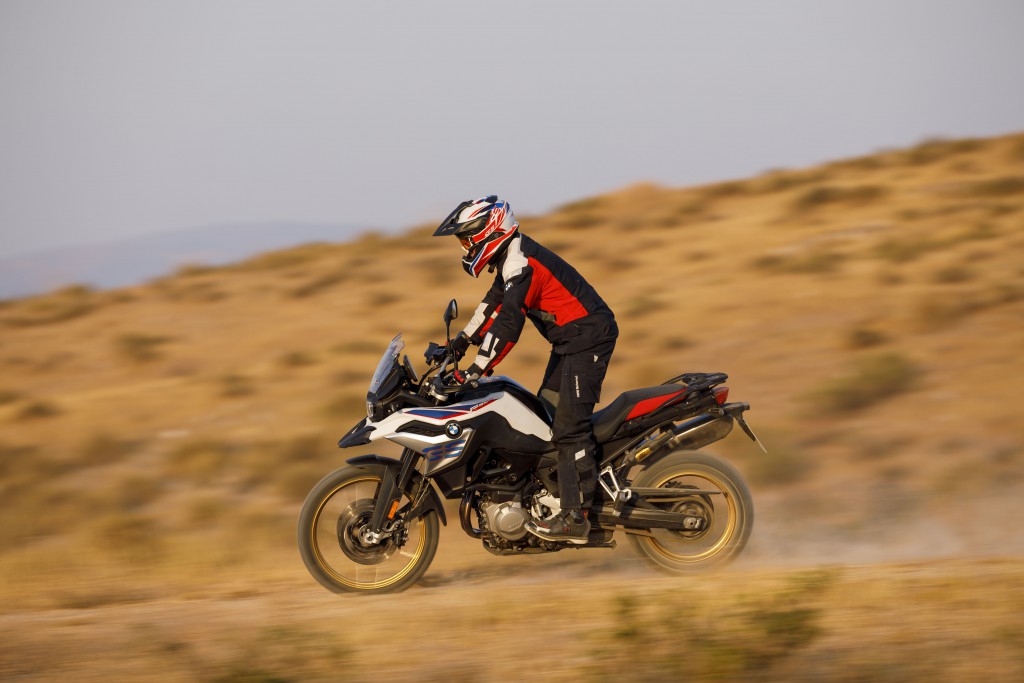 The US spec model is powered by this same engine producing 88.5 hp according to EPA document but BMW claims 100 hp. We can expect most of the technologies from regular F850 GS to be carried forward to Adventure model as it will come with three riding modes – Dynamic, Enduro and Pro.

The F850 GS comes with two engine modes and the Adventure model might come with a specific engine mode for off-roading also. The suspension set up will be carry forward from GS but the tuning will be different and the company will offer safety features like ABS, baking-capable ABS, automatic stability control and more.