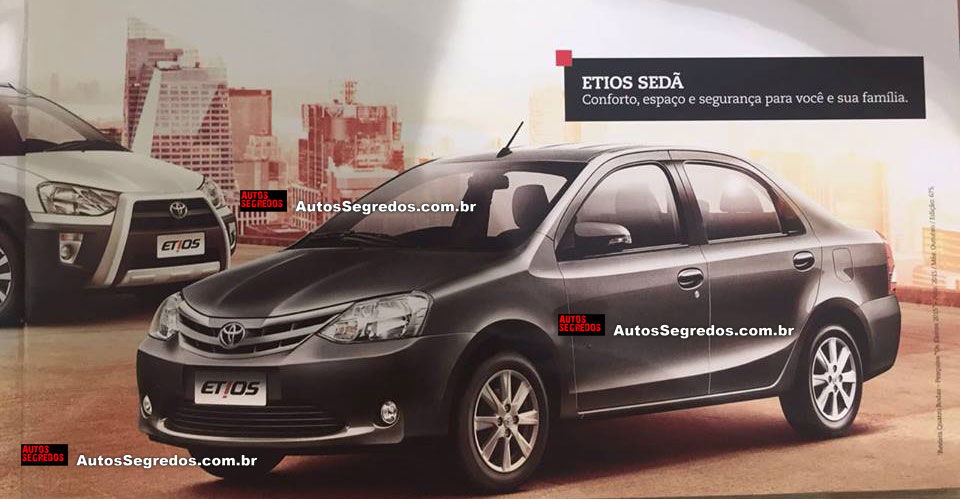 In 2017 Toyota Etios, the only exterior update comes in form of the alloy wheels

Japanese automaker Toyota is all set to launch their range of 2017 Etios in the Brazilian market in a few days. Before the 20th March launch of the Etios range on 20th March the images of the revamped Etios lineup has leaked online. The Etios hatchback, sedan and the crossover; all comes with significant restyling.

The facelift Etios series gets exterior restyling touches in form of all new alloy wheels only, which make the cars appear stylish. While the interior of the cars get a completely new fully digital instrument console. The other features inside the cabin include cruise control, a fifth head rest, ISOFIX child seat mounts, three point seat belts for the fifth occupant. Toyota is launching the facelift editions of the Etios trio to expand the life span of the ageing models. In India too these changes can be seen if Toyota considers launching the facelift editions of the series. The refreshed Toyota Etios series will come with significant change on the powertrain front. The existing 1.3 litre and 1.5 litre flex fuel engines are tuned to deliver up to 9% more fuel efficiency. The 1.3 litre engine gets tuned to produce 8 PS more power which will result a 98 PS peak power output for the car, while the 1.5 litre engine also gets tuned to deliver 10.5 PS more power, and now churns out 107 PS peak power. The transmission duties will be done by a 6 speed manual transmission and a 4 speed automatic gearbox.