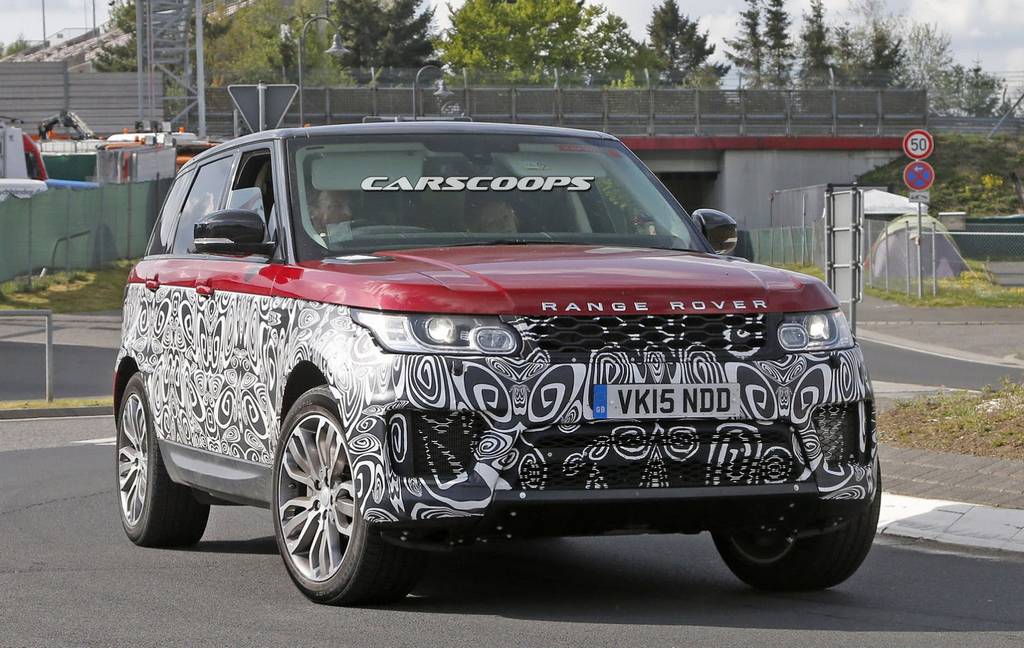 The 2017 Range Rover Sport was spied running trials several times over the past few months and the latest set of spy images revealed the interior of the luxury SUV as well. The existing generation of the Sport has been available for the last three years in the international scenes and therefore a completely new version is not expected anytime soon.

Instead, the Sport’s mid-life refresh from the British luxury automaker will come adorned with fewer changes cosmetically and also with upgrades to the existing power units. The 2017 RR Sport could make its world premiere at this year’s Paris Motor Show in October before gracing showrooms in the towards the end of the year. The partly camouflaged test mule indicates an evolutionary front end that resembles the SVR model as the air inlets have become larger with minor tweaks to the front bumper design. As with any facelift, the 2017 Range Rover Sport will sit on a set of newly designed alloy wheels. Alongside that, the lighting pattern at front and the rear have undergone some redesigning according to the report from Carscoops. However, the overall signature structure will remain intact. That particular system could make way into the 2017 Range Rover Sport. The powertrain offerings will remain identical but they could be slightly uprated for better efficiency and performance. The top-of-the-line SVR version is expected to gain an extra 25 hp (575 PS totally) from the re-tuned 5.0-litre supercharged V8 engine. It will be mated to an eight-speed ZF gearbox with paddle shifters and all wheel drive system. Land Rover launched the range-topping 2016 Range Rover Sport SVR in India last October for a whopping Rs. 2.2 crore price tag before the Evoque facelift entered the market the following month. The base SDV6 S starts at a price of Rs. 1.18 crore and it goes all the way up to Rs. 2.08 crore for the V8 SC SVR top-end model (ex-showroom prices, Delhi). Expect the mid-cycle facelift to be revealed sometime next year as India is one of the highly prioritised markets for JLR.