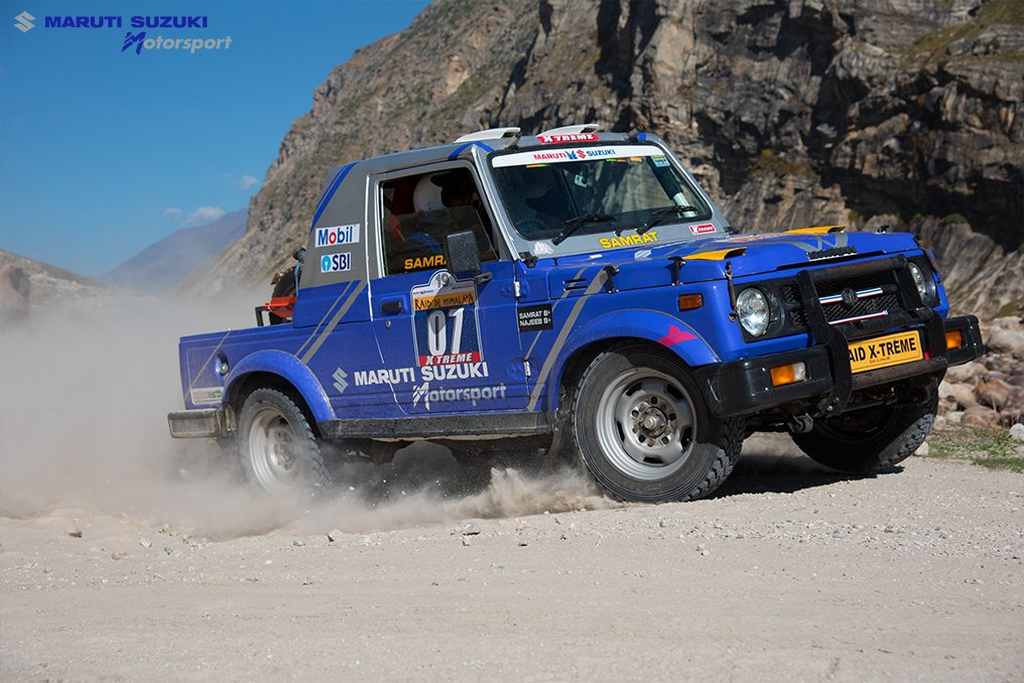 Suresh Rana of Maruti Suzuki has dominated the proceedings as he cruised him way to victory in the 19th edition of Raid de Himalaya that was contested from Manali to Leh covering a distance of around 2,000 kilometers. While Rana triumphed in the Xtreme Cars category, another familiar face, TVS Racing’s Abdul Wahid Tanveer claimed his consecutive win in the Xtreme Bikes division.

The competitors had to endure six days of tough outing as the grueling challenge tested the perseverance of man and machine. So much that only 10 drivers has crossed the finish line in the Xtreme Cars category with Suresh Rana and co-pilot PVS Murthy took the top honours with an overall time of 9 hours 22 minutes and 17 seconds. 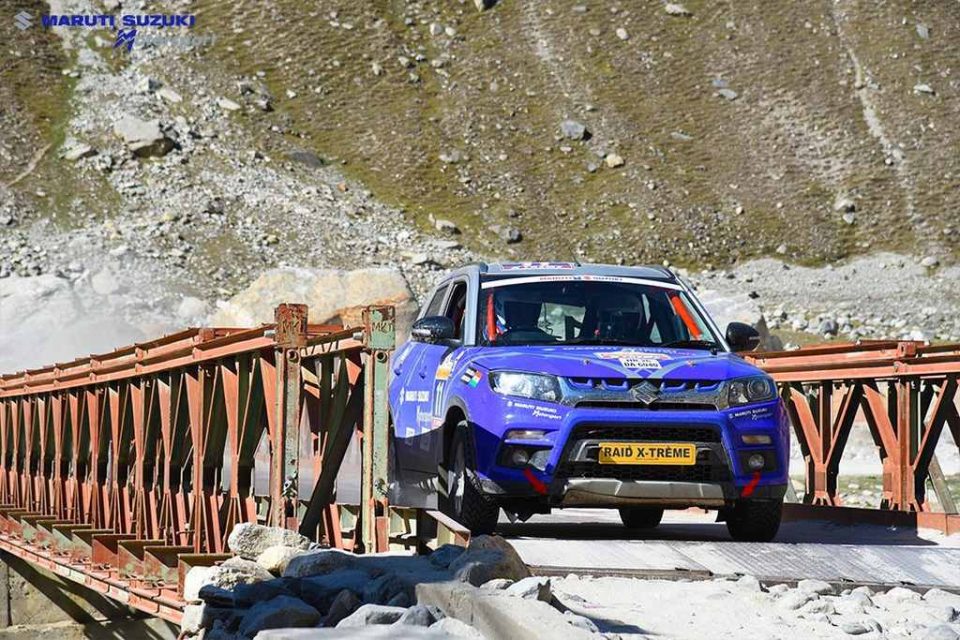 Saddled behind the wheel of a factory-prepped Grand Vitara, Suresh Rana beat his closest finisher Sanjay Razdan by 50 minutes and 57 seconds to record a staggering 11th victory at the demanding Raid de Himalaya. Wrapping up the final step of the podium was Sanjay Agarwal and navigator N Smitha by finishing an hour and 23 minutes behind the eventual winner.

Dharam Pal Jhangra narrowly missed podium by less than three minutes and came home fourth driving Vitara. While the category saw an awash with Gypsy and Grand Vitara machines, Niju Padia and co-driver Sabatullah Khan finished fifth in Mitsubishi Pajero Sport and was the highest of the T2 class participants. 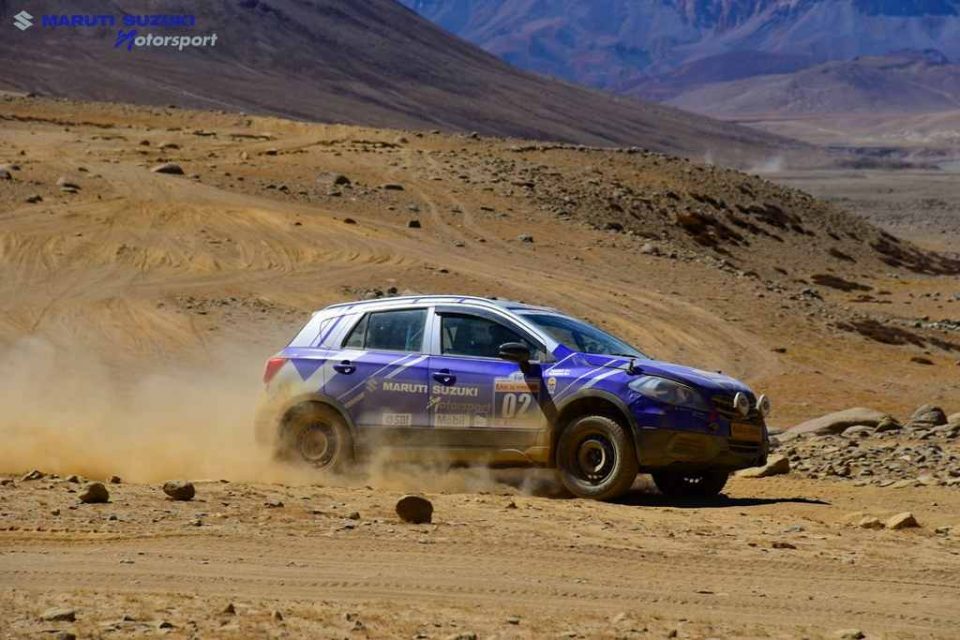 In the second half of the top 10, Sandeep Sharma finished sixth ahead of Shuchi Thakur, Hukam Singh Rathore, Hav Mangal Singh and Amrinder Maj Singh Brar rounded out tenth position. The Xtreme Bikes class saw TVS Racing’s Abdul Wahid Tanveer and R Nataraj battling till the end as the former emerged victorious by completing the course three minutes ahead with a total time of 7 hours 44 minutes and 03 seconds.

Nataraj had been on the lead for one-third of the cross country rally but Tanveer came back strongly and seized the crown by a whisker. With Rajendra taking third on his Apache RTR 200, it was a complete TVS showdown. Only 13 riders took the chequered flag as Imran Pasha ended up fourth ahead of Vishwas SD. 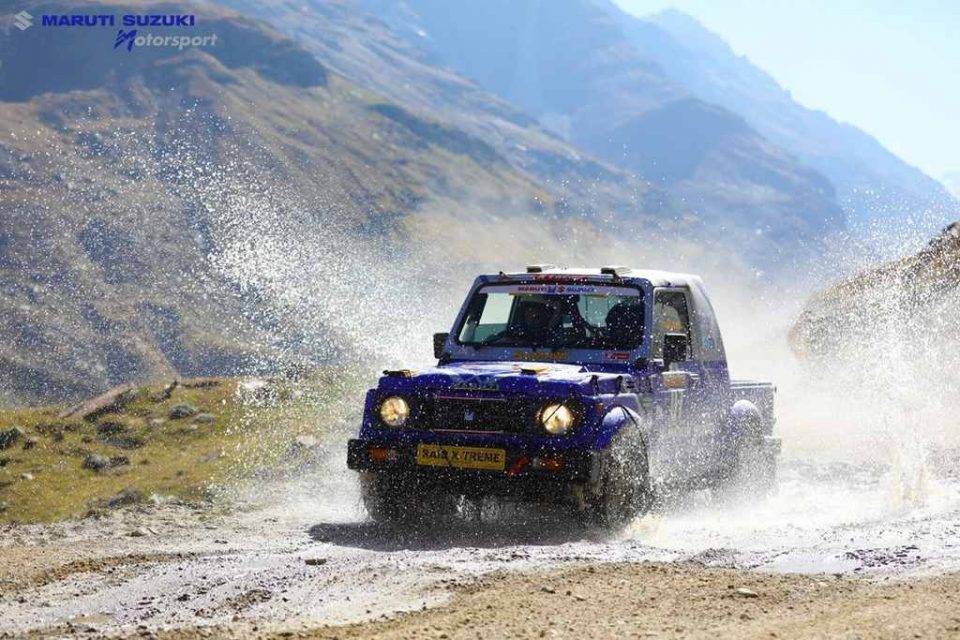