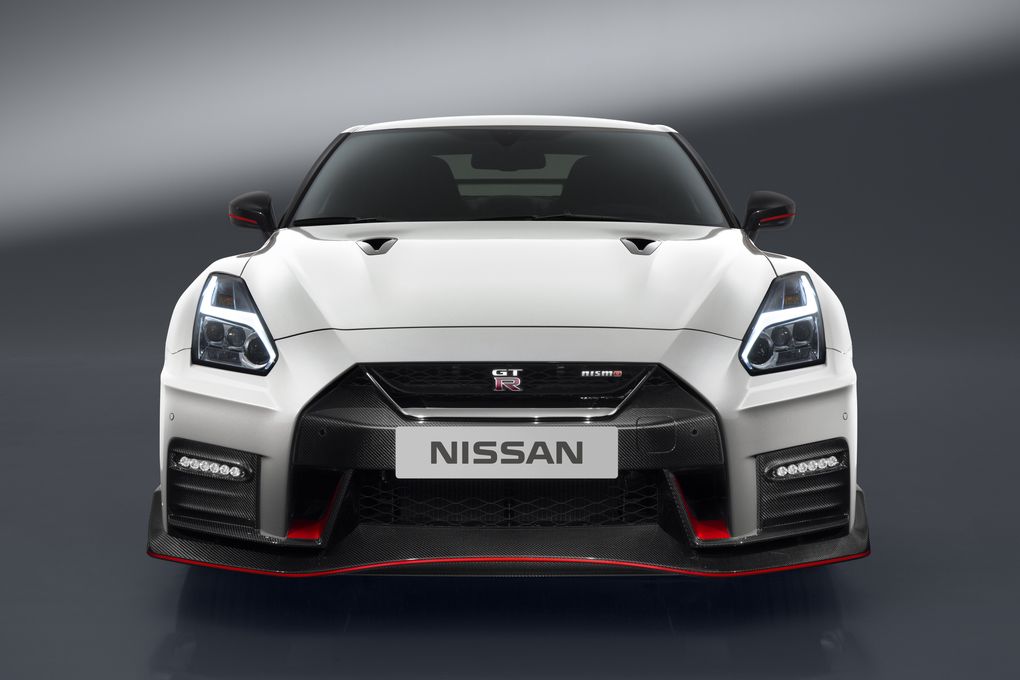 There’s no fitting place than the Nurburgring to unveil the performance-biased version of the monstrous Nissan GT-R as the Nismo model broke covers at the Green Hell. Most of the mainstream manufacturers have workshops setup at the demanding circuit and Nissan’s not to be excluded from that list as the performance of the GT-R Nismo is tuned, tested and developed there.

Just as the standard model, the GT-R Nismo has a refreshed front fascia with enlarged dark chrome V-motion grille for engine’s high output without hindering aerodynamics, reinforced hood to avoid deformation at high speeds, improved canards for better airflow, high-speed stability and downforce besides a new bumper made of carbon fibre crafted with Takumi-like precision. The cabin of the Nissan GT-R Nismo comprises of an upscale feel while the dashboard is redesigned in addition to design changes in the centre armrest and steering wheel that are embellished with Alcantara leather. The centre dash now offers a much simplified integrated navigation and audio controls – with switches reduced from 27 to 11 numbers. The bigger eight-inch touch display has large icons and the new Display command control allows for easy operation while the leather Recaro carbon bucket seats has red Alcantara inserts. The engine is dubbed as VR38DETT and hand-built in Yokohama, Japan while the entire GT-R is assembled in Tochigi. The power unit comes mated with a six-speed dual-clutch transmission and it features large diameter turbochargers used in GT3 racers as Nismo’s expertise in motorsport came into play.