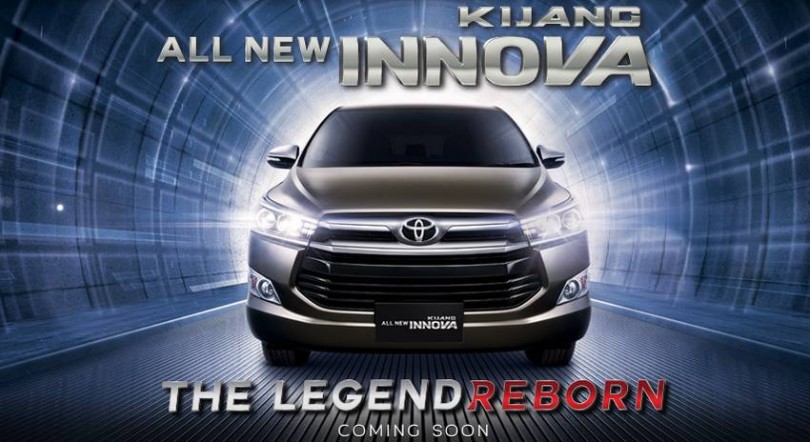 Speculated to make the global premiere at the 2015 Jakarta Auto Show scheduled for late November, the latest images of the 2016 Toyota Innova uncover the front-end that stands in line with the design language appeared in its leaked brochure earlier this year. 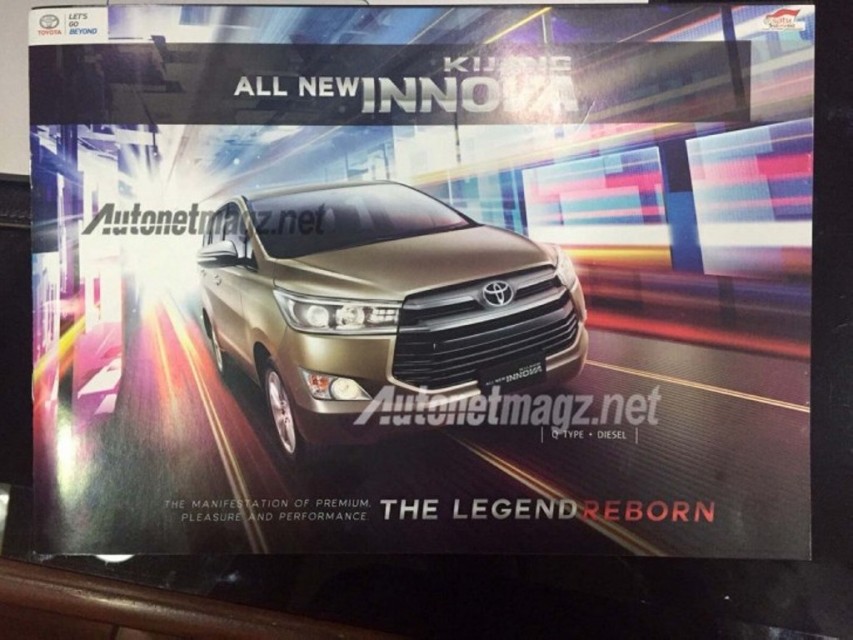 With the launch of the 2016 Innova, Toyota will be completing a full-cycle of introducing its IMV (Innovative International Multipurpose Vehicle) product line-up – first was Hilux pickup early in the year followed by the new Fortuner in July.

Like those models, the 2016 Innova will be built on a new ladder-frame chassis redesigned for better overall safety. Under the bonnet, a brand new ‘GD’ series diesel engine powers the five-door MPV. Paired to manual and automatic transmissions, Toyota will continue to offer its 2.0-litre and 2.7-litre VVT-i petrol engines for selected Middle Eastern and Asian markets. 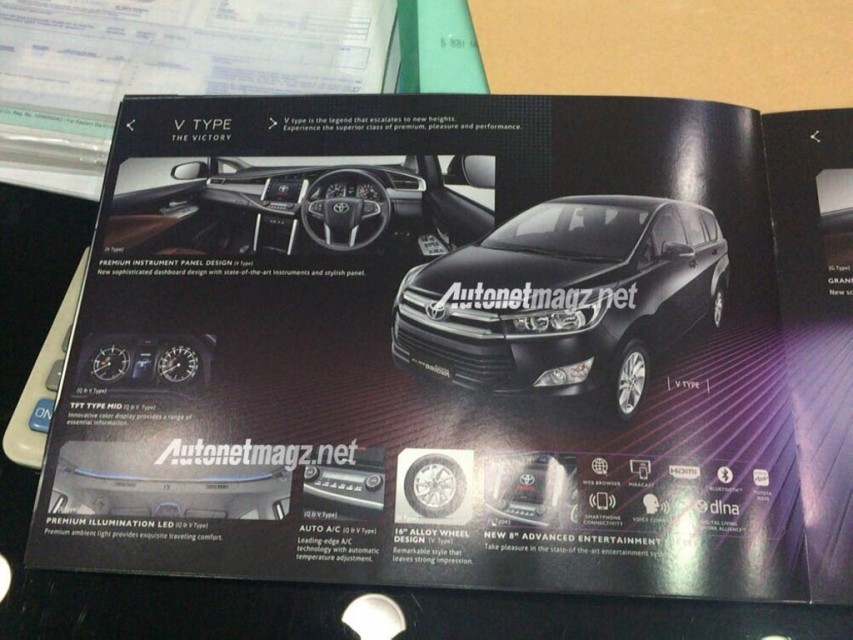 Starting from the entry-level ‘G’, mid variant ‘V’ and top-end ‘Q’, Toyota has equipped them with ABS, EBD and three airbags (dual front and driver knee) as standard for the Indonesian market.

Expected to make its Indian debut at the 2016 Delhi Auto Expo, the second generation Innova MPV is likely to be rolled out of production lines from Toyota’s Karnataka plant.