A facelift to the Skoda Rapid midsize sedan is the major update the VW-owned brand has brought to the model ever since it was launched more than five years ago. The 2016 Skoda Rapid facelift’s cosmetic changes have been quite substantial and it is now offered with LED headlamps as standard.

Skoda introduced the new generation Superb with updated engine lineup, latest design language with improved cabin and features earlier in February and it has now been followed by the new Rapid’s launch today. The mid-size sedan has attained fame in the Indian market already despite having a low key sales but Skoda will have to focus on the after-sales department regarding the new Rapid. 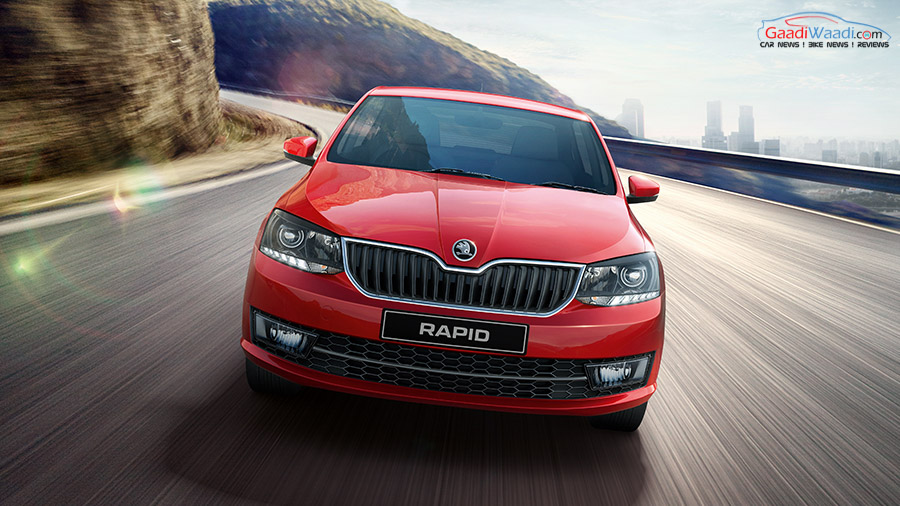 The Maruti Ciaz and Honda City are the leading vehicles in the fiercely contested segment as both sedans are sold in average of 6,000 units monthly but behind them there is a huge gap exists in sales with the Verna, Vento and Rapid running closer to each other. The new Rapid is aiming to pull away and get as close as possible to the Ciaz and City in sales performance.

Skoda is investing over 100 crores in the after sales department and will be launching four products before the end of 2017 which include Kodiaq premium SUV, Octavia Black edition, performance RS variant of Octavia and the Monte Carlo special edition of the new Rapid. Report emerged in July that Volkswagen confirmed the launch of the facelifted Skoda Rapid for our domestic market as the decision was announced in a global presentation conducted for the VW group’s investors. Here is all the vital information you need to know about the facelifted Rapid:

The base variant of the outgoing Rapid is priced at Rs. 8.02 lakh and the top-of-the-line variant is sold for Rs. 12.32 lakh (both prices, ex-showroom Delhi). The New Skoda Rapid gets a slight hike between Rs. 32,000 to Rs. 46,000 throughout the range. The diesel engine gets a slight increase in power output courtesy of the new turbocharger employed. The powertrain options are a 1.6-litre petrol motor making 103 bhp at 5,250 rpm and 153 Nm at 3,800 rpm while the 1.5-litre diesel engine develops slightly improved 108 bhp at 4000 rpm and 250 Nm at 1,500 rpm as seen on the newly launched Ameo with improved fuel economy. Buyers can choose between a five-speed manual or 7-speed DSG automatic transmission for the diesel while a standard 5-speed manual or a 6-speed tiptronic automatic transmission is offered on the petrol variants.

It measures 4,386 mm in length, 1,699 mm in width, 1,466 mm in height and has a wheelbase of 2,552 mm with ground clearance standing at 168 mm. The kerb weight is rated at 1,145 kg while the boot can hold a capacity of 460 litres and the fuel tank occupies 55 litres. The facelift have slight changes in proportions to accommodate more interior space. 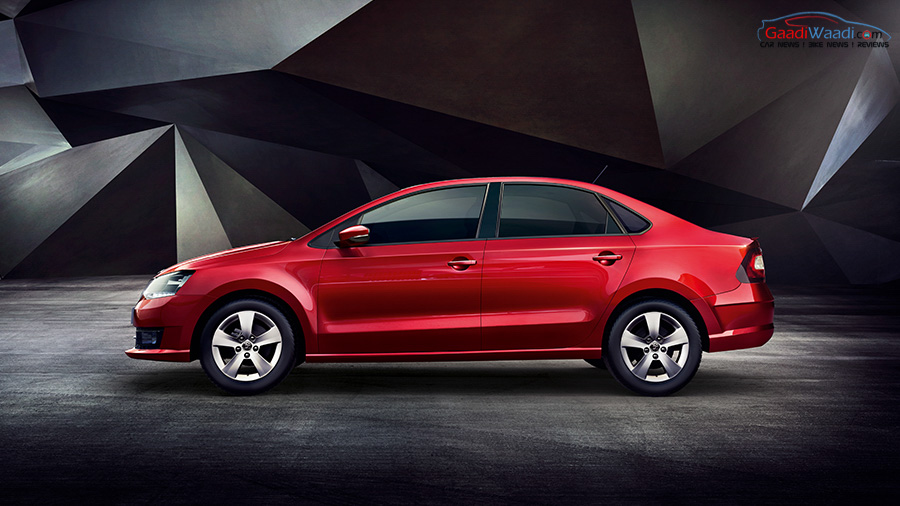 front fascia has more chances of adapting a fresher global design language instead of the existing appeal taken straight from the Fabia compact hatchback. Key revisions will be done to the grille and headlamps to make them sleeker and get them aligned to global Skoda design standards comprising an unabated yet elegant bodywork the brand is well known for.

The Octavia and the new generation Superb launched will have noticeable influence on the Rapid’s styling to bring the current portfolio in cohesion. Other changes will be a new bonnet, revised bumper, re-engineered fenders. 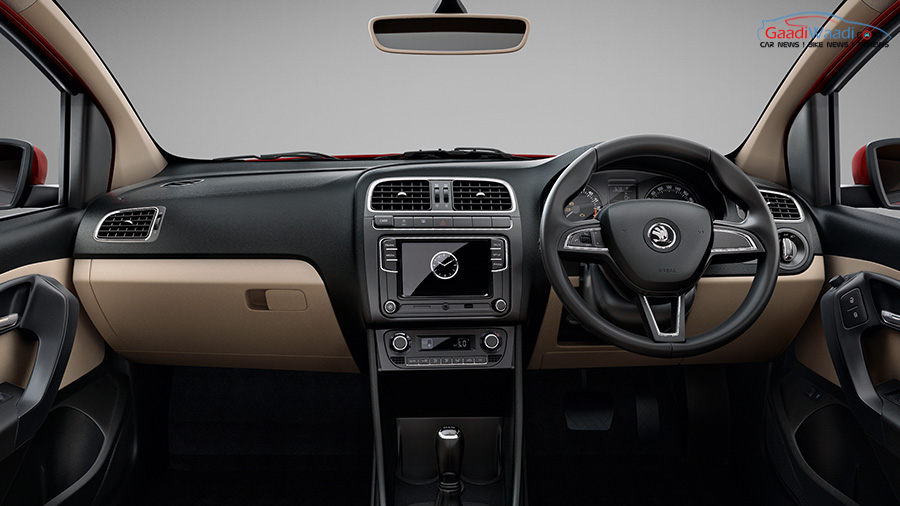 The revisions to the exterior accompanied by modifications to the interior design as well as added equipment to catch-up with the competition and stay modern. On the inside, the improvements are limited to the new MirrorLink touchscreen infotainment system, reverse parking camera, new seat fabric and upholstery, rain sensing wipers, cruise control, electrically adjustable Outside Rear View Mirrors and several other items. Front driver and passenger airbags will be offered as standard alongside other safety equipment.

It will be rivalling against usual competitors like Maruti Suzuki Ciaz, Honda City, Hyundai Verna and the Volkswagen Vento.