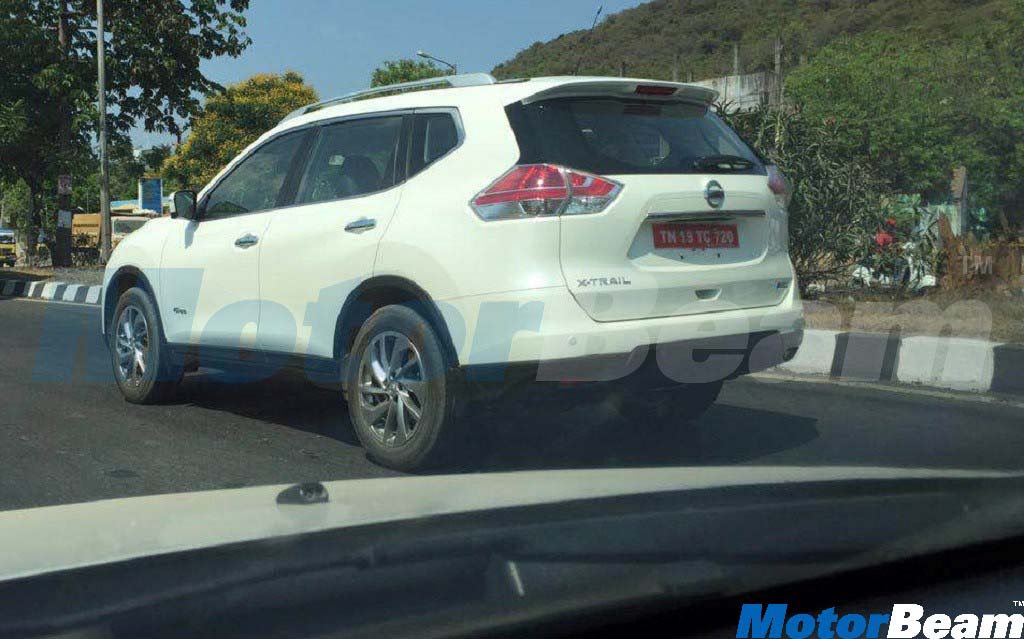 Earlier this year at the New Delhi Auto Expo 2016 Nissan showcased the 2016 X-Trail hybrid SUV alongside the Nissan GT-R. Although the GT-R took away all the attention, but X-Trail was something which also created conversions among the visitors. Recently a test vehicle of the model was spotted on roads near Chennai, which indicates that, the car might launch later this year.

Although Nissan has X-Trail’s diesel version in its kitty, but the Japanese automaker is not considering the version for being pricey. Instead they will launch the petrol and electric motor combined plug in hybrid only. Interestingly, this will make the Nissan X-Trail only hybrid SUV in a price slab around Rs. 20 lakh. The car looks stylish with its sharp headlamps consisting LED daytime running lights. The front grille gets V shaped chrome garnished design. The lower front bumper gets sleek air intake which is complemented with a silver skid plate at the bottom, emphasizing the off roading character of the car.

At the side profile the car dons a muscular appearance, with the huge wheel arches, large alloy wheels, the side body claddings, blackened greenhouse area with the sleek chrome highlighting, sporty sleek roof rail and all. The interior of the car sports plenty of space, and features to offer the occupants a comfortable journey. Altogether, the car looks very much stylish and appealing inside out. The Nissan X-Trail hybrid will be imported to India through the Completely Built Unit (CBU) route.

Power source for this car will be a 2.0 litre petrol engine which will be combined with an electric motor. Together this powertrain will churn out around 189 PS of peak power and 367 Nm of peak torque. The transmission duty will be done by a Continuously Variable Transmission (CVT) gearbox. Expect the car to be available in an All Wheel Drive (AWD) version.