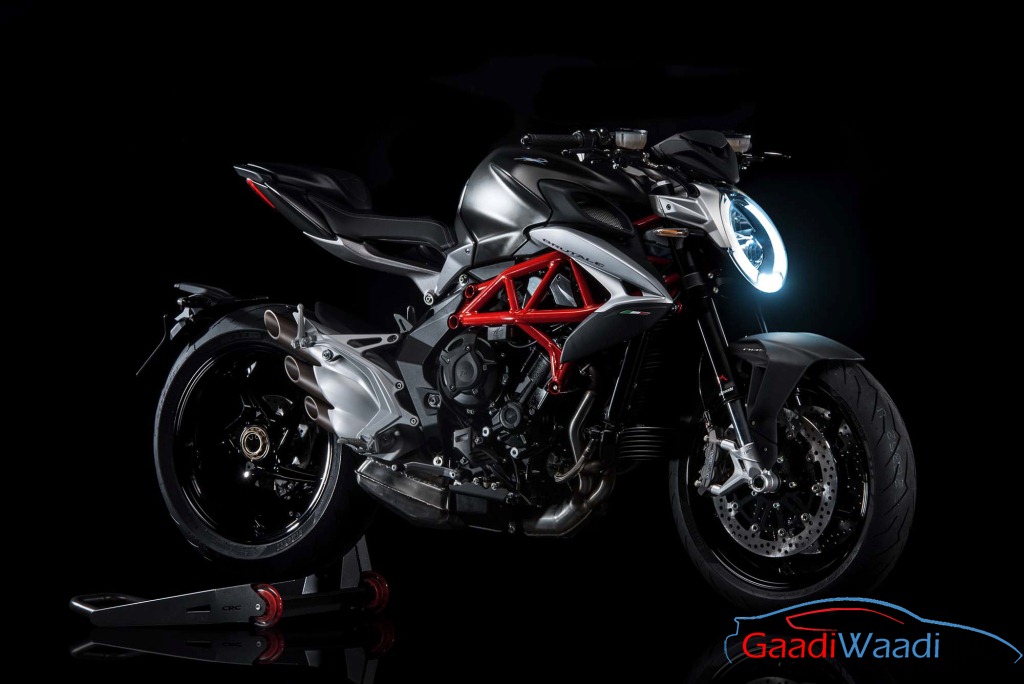 2016 MV Agusta Brutale 800 gets cosmetic changes, chassis wise it remains the same and engine has been detuned to maeet emission norms

MV Agusta has just made its entry into the superbike market here in India and it was all set to introduce the Brutale 800. MV had plan to start delivering bikes in the year 2016. 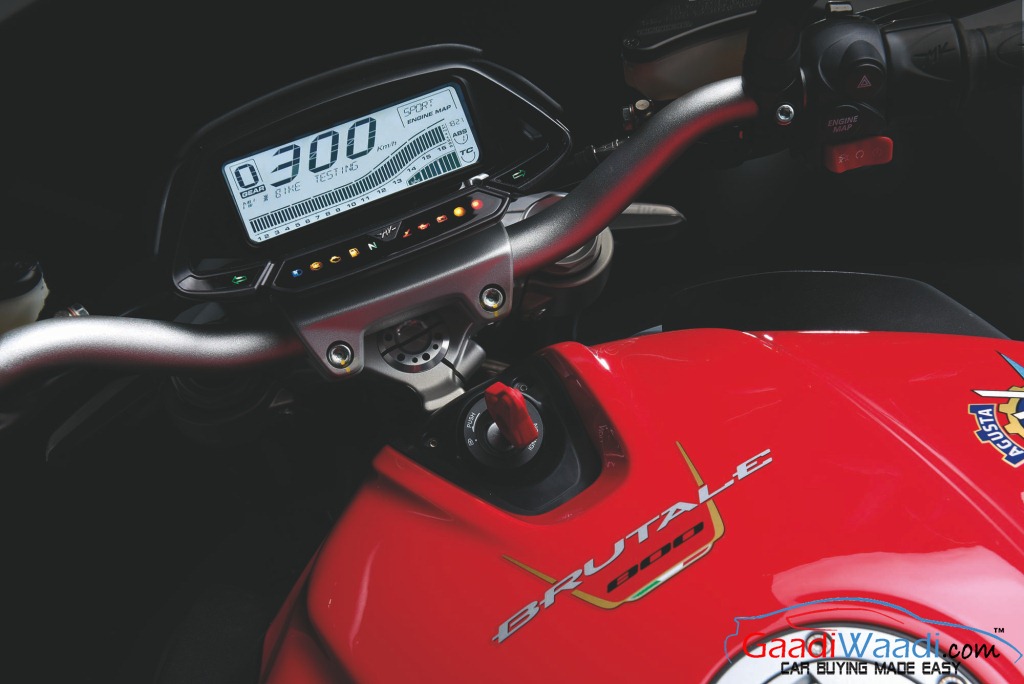 Let’s start with the good news. Cosmetic changes to the tail section is commenced as there is new tail-piece which is even more sharper an narrower than before. Fuel tank design remains traditional but gets more macho appeal to it.

Exhaust design and pattern remains the same but changes are minute as the pipes are more bigger. Taillight, as a result of the new tail-piece and design has changed there is newly designed LED tail lamp. Speaking of LED, Headlight also has LED lamps to make sure illumination is car like! 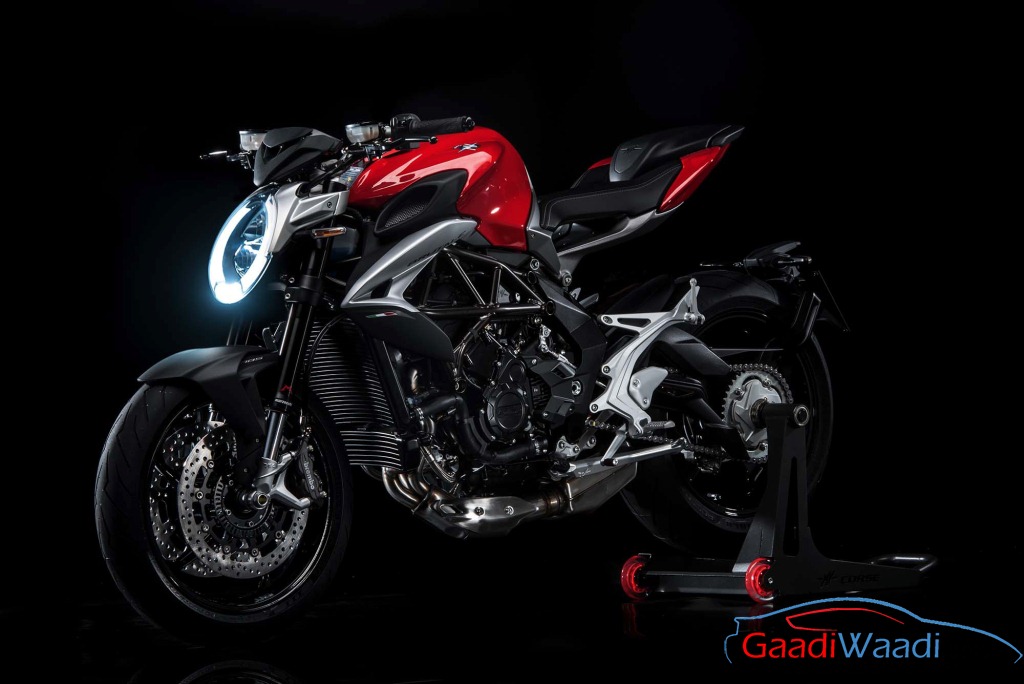 That bad is that the new bike is now making 116 BHP instead of the 125 BHP. The effects of having to be Euro4 emissions compliant bikes was the reason why MV Agusta had to take this decision. 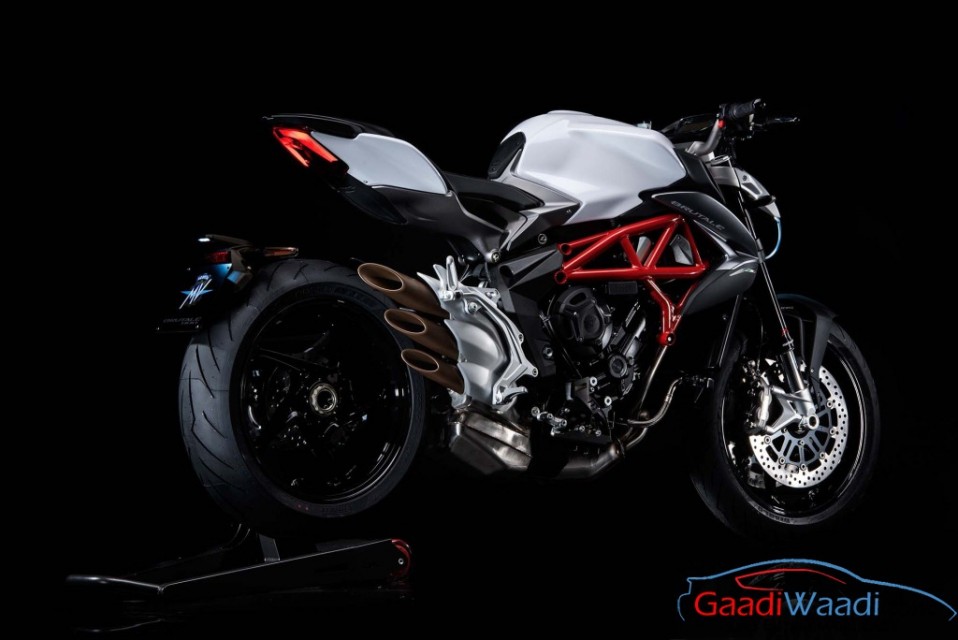 There is some good part to it as MV Agusta has tried to increase peak torque, from 79.8 Nm to 82.2 Nm of torque. Compression ratio has been taken down from 13.3:1 to 12.3:1 as the power goes down. Good thing for us Indians who are deprived of high octane fuel.

More bad news is that the 2016 MV Agusta Brutale 800 gains some weight in the process. A 7.71 kg of increase coming to the machine isn’t that much of a harm considering the fact that the dry weight is just 166 kgs.

Suspension wise, 2016 MV Agusta Brutale 800 still has Marzocchi forks at the front and a Sachs rear shock, which is surprising considering that Marzocchi is shutting down soon. Expec the bike to come to India in March-April 2016. Stay tuned as we will bring you updates on the same.