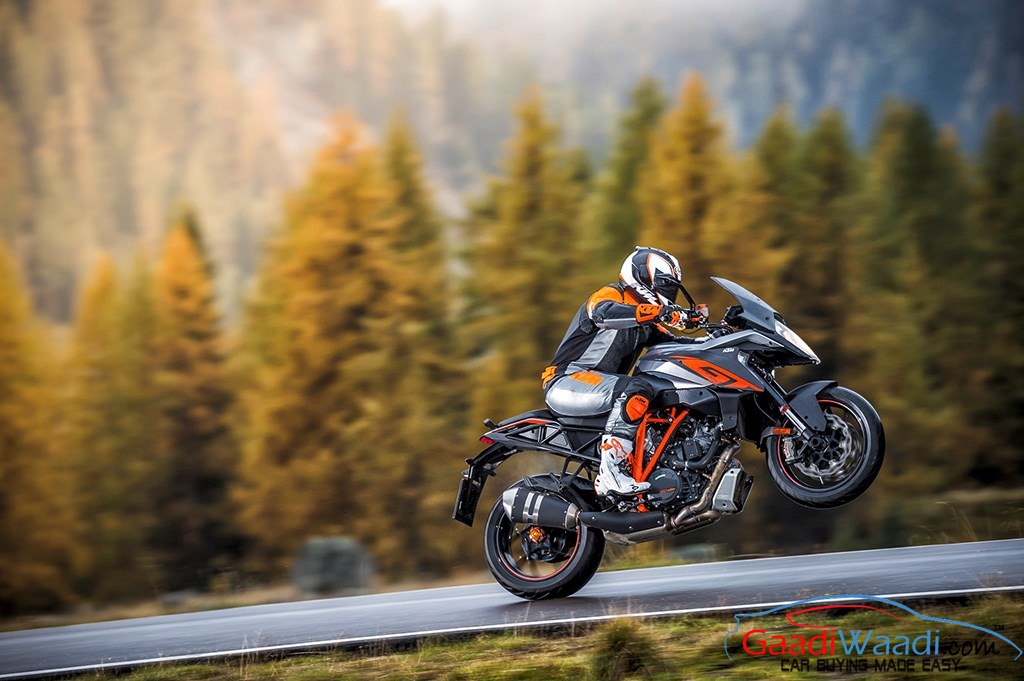 2016 KTM SuperDuke 1290 GT looks extremely purposeful, has a cracker of engine with loads of horsepower and torque

KTM is clearly unstoppable when it comes to putting use of the new 1301cc that they have just made. It spawned very famed and highly satisfying Adventure motorcycle with it and added tonnes of electronics and today they have made a road going version of it.

The GT is a touring motorcycle and it has every dialed in comfort mode with hooligan horsepower and power to weight ratio numbers to keep you excited on the long journey. 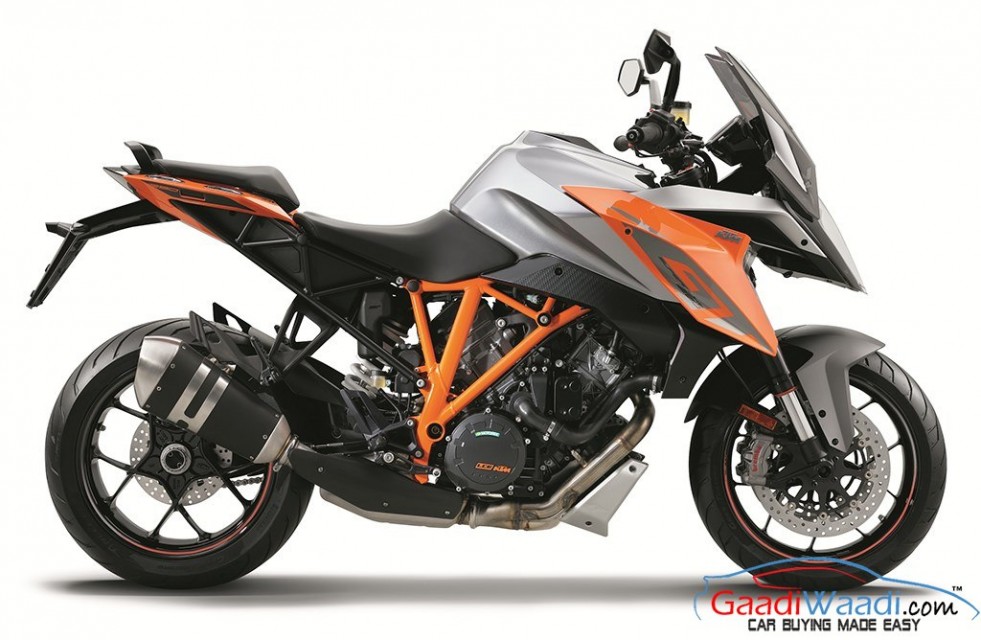 With 173 BHP and 143 Nm of torque coming from 1301cc engine, it sounds like a car with two wheels and with that comes a light kerb weight of 228 kg, full fueled. A 23 litre fuel tank, LED cornering headlights, panniers to stuff your luggage inside, a semi active suspension which adjusts automatically according to road conditions such as curves or bumpy road. 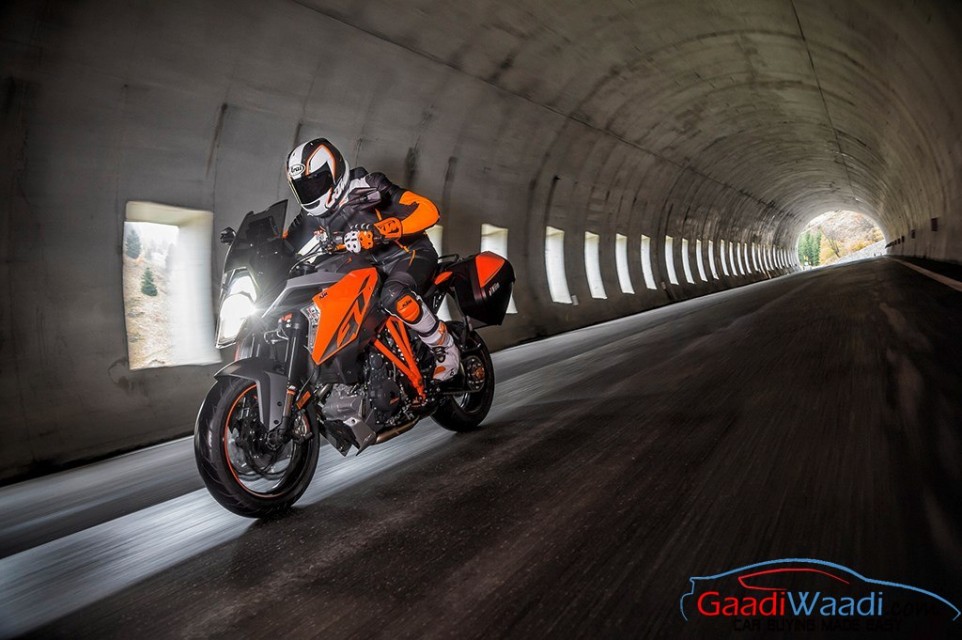 ABS is standard, along with cornering ABS which is a good move by KTM. Three riding modes, Comfort, Street and Sport are here to make things easier, whether you are in town, highway or riding in the rain. 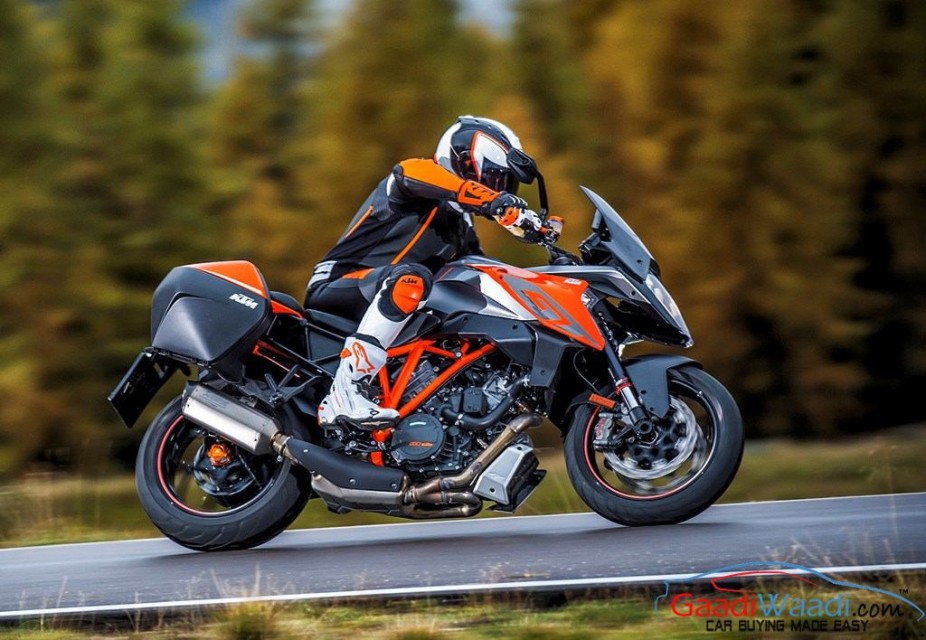 2016 KTM SuperDuke 1290 GT rivals Aprilia Caponord 1200, BMW R1200RS and S1000XR, Ducati Multistrada 1200 S, Kawasaki Versys 1000. Most rivals are either lower on power or lower on the price tag. It will interesting to see how KTM prices this worldwide. We are not expecting beauty and beast combination motorcycle come to India.

However, we have our fingers crossed as it just stunning motorcycle, which offers endless fun and dynamics along with safety to the rider making long journeys fun and something which is traditional to KTM.