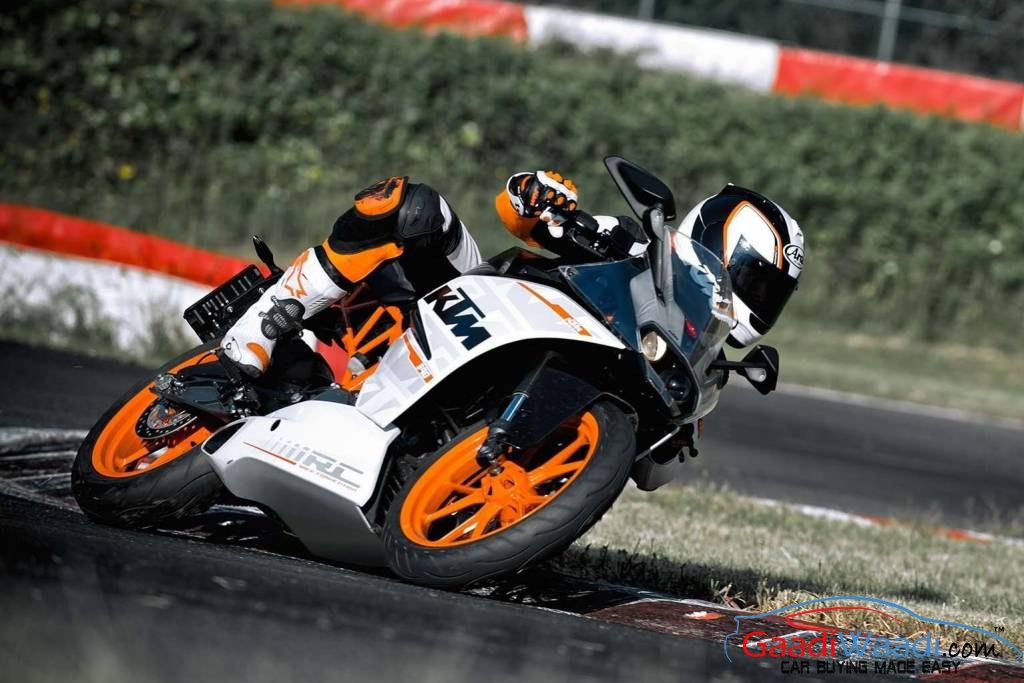 KTM seems to have a habit of launching motorcycles silently without any official update from their end. Another such update has happened after two years. 2015 saw the Duke 200 and 390 get some internal changes and then the RC was awaited to get the same changes and now it does in the year 2016 as expected.

However, there is more news on the internal changes that have been done to the RC 390 and also now, the RC 200 and Duke also gets the same. Aesthetically, they remain similar with no changes to paint schemes or anything else. Mechanically, the engines get a new output shaft seal for the gearbox to contain oil leaks and reduce vibrations. Previously, there were changes to the exhaust mount with the rubberized unit to control the vibrations. Change in spark plug gap, flaps in front of the suspension on both ends, new radiator fan assembly and other things are already seen on the Duke and RC series since the year 2015. Now, what is the most significant change is that the new RC 390 gets. The switch on the right side is devoid of a headlamp-on function and now will be permanently on like we see on international motorcycles such as the R3 and Ninja 300 for examples as they are its prime competition. Secondly, the RC 390 gets a slipper clutch to slow down the engine braking and avoid the use of blipping the throttle. Slipper clutch also provides refinement in one way as the clutch is now commuter motorcycle-ish light which is easier for town duties. The ngine output of power and torque remain the same for all these four models and we will now mostly get all new models by the end of the year 2017. Prices stay unchanged and the motorcycles continue to be value for money,

Prices are as follows for Mumbai