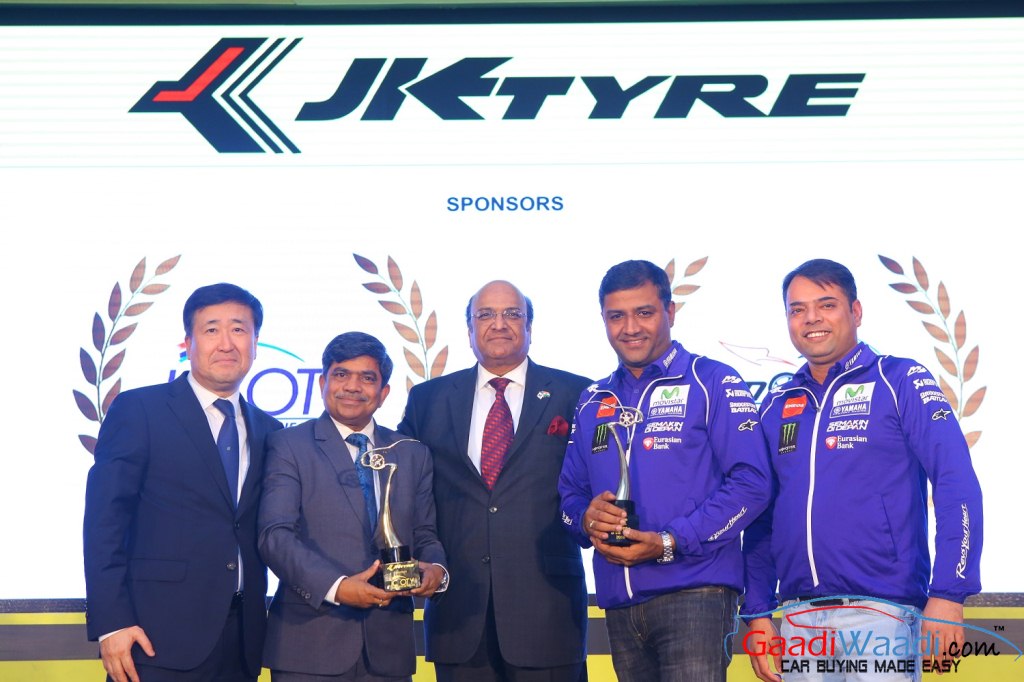 A panel of experienced auto experts announced the 2016 Indian Car of the Year and 2016 Bike of the Year, Hyundai Creta & Yamaha R3 are the winners

It is that time of the year when the cars that we all tested which includes the entire farternity of auto experts and journalist to decide, which car of motorcycle wins the the prestigious award of Indian Car /Motorcycle of the year which is usually called as ICOTY and IMOTY. This year the fight was tough from all areas.

There were some seriously improved products and there all new products from freshly baked from the oven and made from the scratch.

For 2016 Indian Bike of the Year (IBOTY) Award, the jury had to choose from between three finalist that were selected from the various other nominees from all manufactures. The three motorcycles were CBR 650F, Benelli TNT 300 and Yamaha YZF-R3. For2016 Indian Car of the year (ICOTY) Award, the three finalist were Maruti Suzuki Baleno, Renault Kwid and Hyundai Creta.

Winner for the 2016 ICOTY is the Hyundai Creta and the 2016 IMOTY award goes to the Yamaha YZF-R3. The nominated cars and motorcycles were judged on various parameters such as price, fuel economy, styling, comfort, safety, performance, practicality, and technical innovation, value for money and suitability for Indian riding conditions.

Just to give you an idea of the past. The winners have always been the car and motorcycles which have been an icon and still best sellers in the country every since the ICOTY and IMOTY started in the year 2006.

The winners are quite justified this time around as the Hyundai Creta is a quality car which promises a lot and meets all criteria mentioned above. YZF-R3 is an all new product which offers fair amount of value and a lot of performance along with a good design as well.