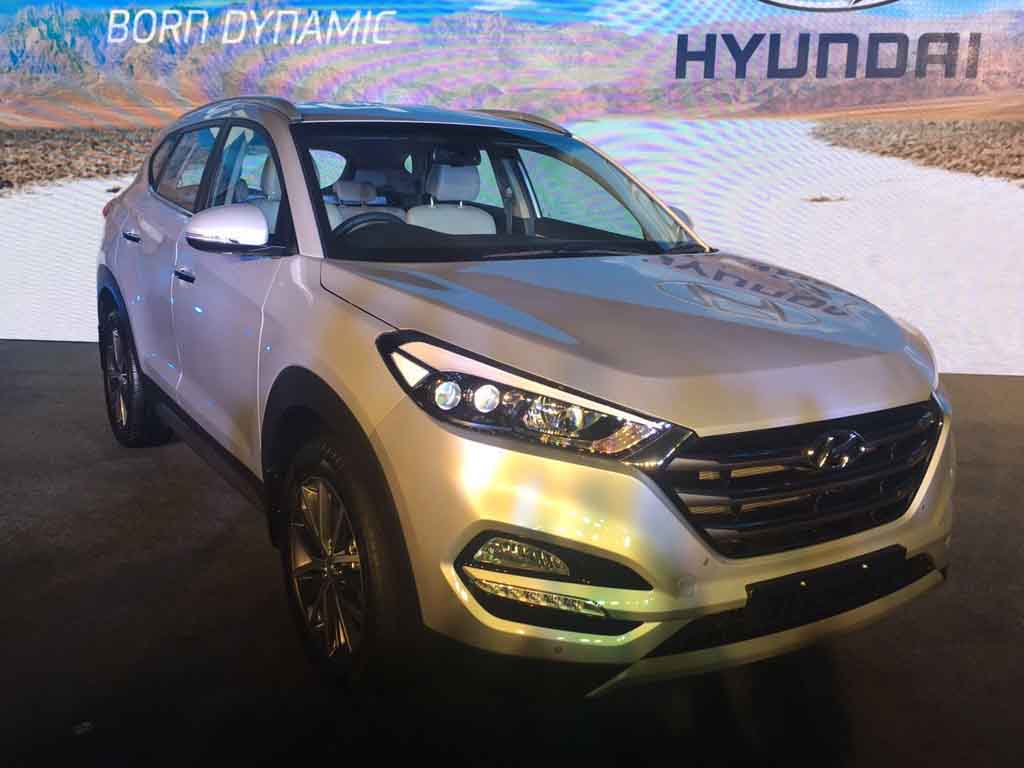 The new-generation 2016 Hyundai Tucson SUV made its world premiere at the 2015 Geneva Motor Show and was first launched at the auto major’s home country of Korea. Described by Hyundai as the “future” as it’s designed on the latest Fluidic Sculpture 2.0 language with styling cues taken from the bigger brother Santa Fe, the Tucson SUV crossover is in its third generation and is being offered in India via CKD route.

The SUV comes only with two-wheel drive system in both petrol and diesel options. Although AWD doesn’t account for big sales, it’s sort of mandatory for a SUV to boast its credibilities. Media reports say the Tucson will be offered with AWD on the diesel 2.0L CRDI engine from October with added equipment to appeal for customers who might switch to Endeavour or Fortuner feeling that the Tucson is less equipped.

It marks the second stint for the Tucson on Indian scenes as the first generation model introduced in 2005 was discontinued within five years due to the mediocre sales. It sits between the recently launched and highly appreciated Hyundai Creta SUV and the brand’s flagship Santa Fe SUV model.

Can the new generation model evoke interest among customers and do what the original version floundered with? We will find an answer soon but before that here we have compiled all the essential details of the mid-size SUV which made its first appearance in India at the 13th biennial Auto Expo:

The prices of the Hyundai Tucson SUV starts from Rs. 18.99 lakh and goes all the way up to Rs. 24.99 lakh (ex-showroom, New Delhi). It will be imported as CKD kits and assembled at Hyundai’s manufacturing plants in Sriperumbudur, Tamil Nadu. To bring the costs down, the South Korean company could localise parts up to 50%. 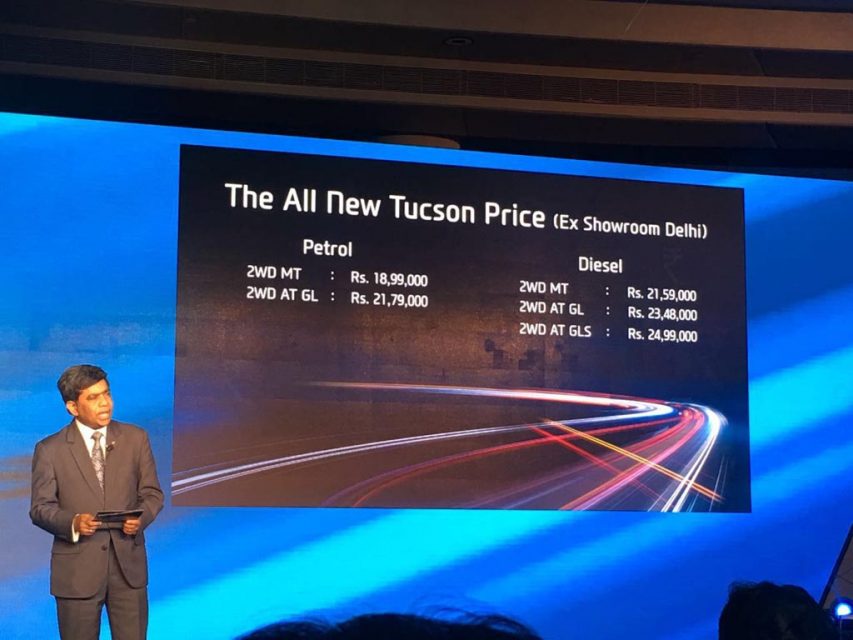 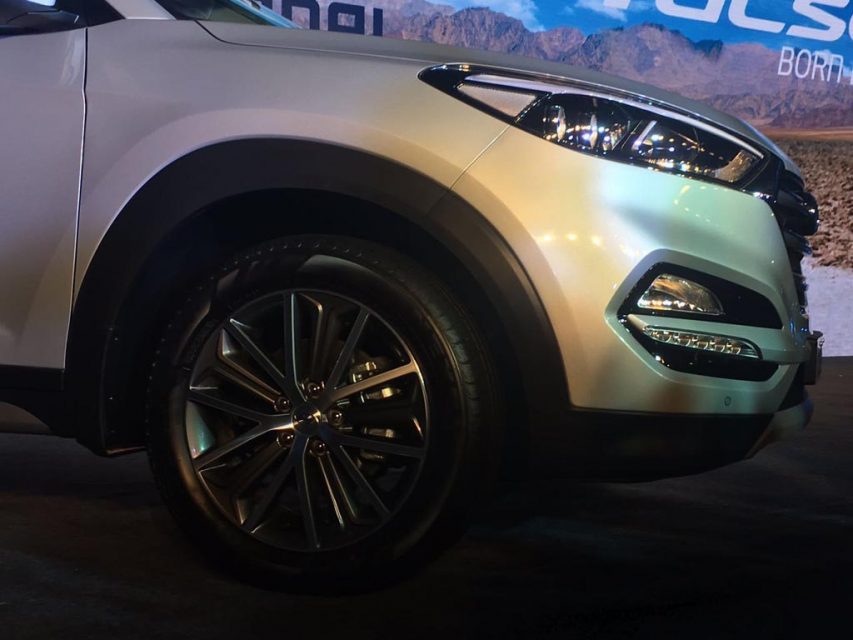 Competing against the new Nissan Qashqai internationally, the SUV/crossover is the successor to the iX35 and has both naturally aspirated and turbocharged 1.6-litre petrol, 1.7-litre diesel and 2.0-litre 4WD diesel there. The three transmission systems featured in foreign markets are a six-speed manual, six-speed automatic or seven-speed dual-clutch automatic gearbox. 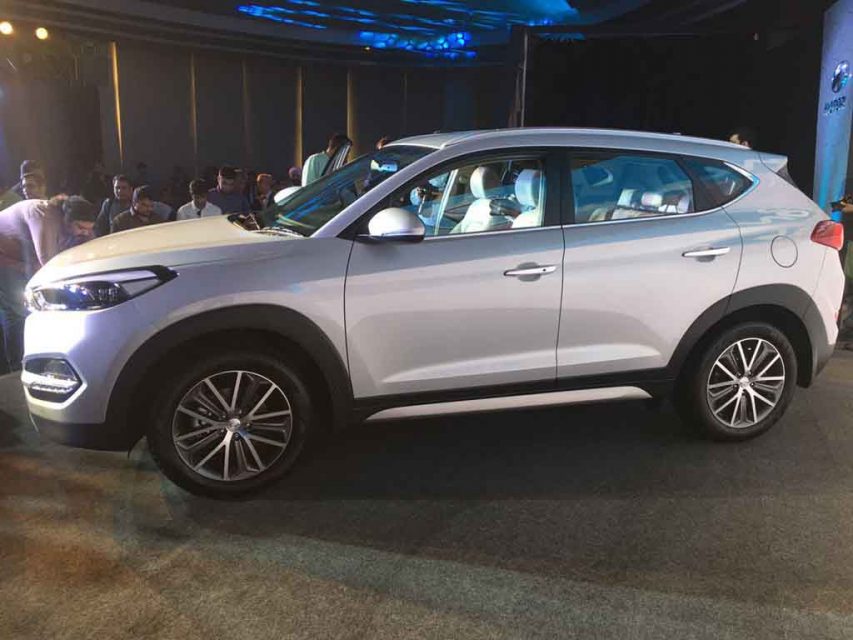 With its prominent hexagonal front grille flanked by the extended front dual-barrel LED headlamps that run to the fenders and heavily sculpted side profile, the Tucson crossover is a bit of a looker with its curvy roofline and long bonnet structure. The sloping roofline has given it a sport coupe stance and has sleeker horizontal flowing lines to emphasise its overall profile with a sturdier appearance. 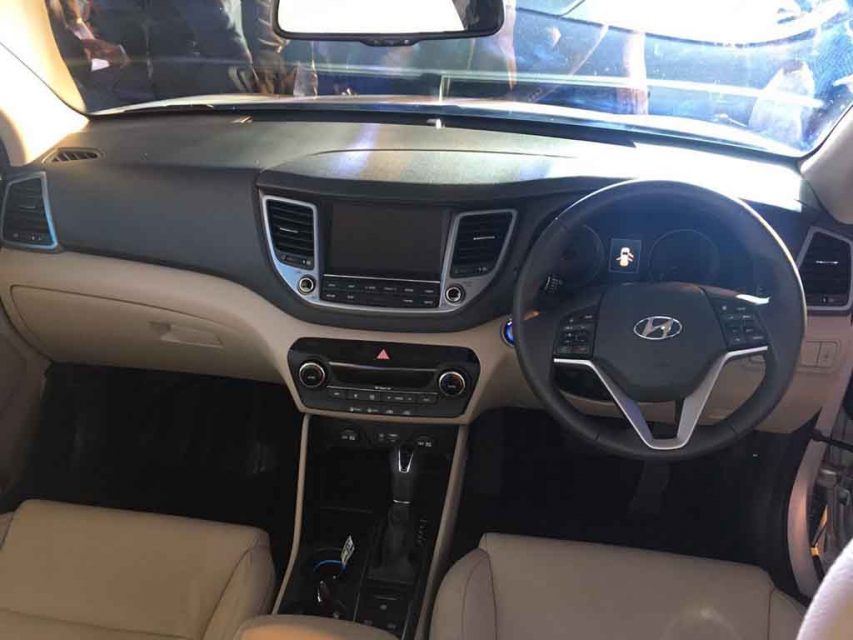 The interiors are not as awe-inspiring as the exterior design with a simply laid out dashboard split in to two parts. The cabin comprises of six-airbag system, powered tailgate that can be operated with a simple foot action of the owner, three-spoke multifunction steering wheel, horizontal air vents, traditional buttons and dials, ventilated and heated seats, drive mode select, dual-zone climate control, keyless entry and go, electric parking brake, rear AC vents, an eight-inch touchscreen infotainment system with Apple CarPlay and Android Auto, etc.

With its price tag, it could send alarming waves to the sales of its traditional rival Honda CR-V whilst the segment leader Toyota Fortuner and Ford Endeavour along with Chevrolet Trailblazer and Mitsubishi Pajero Sport are other key competitors.