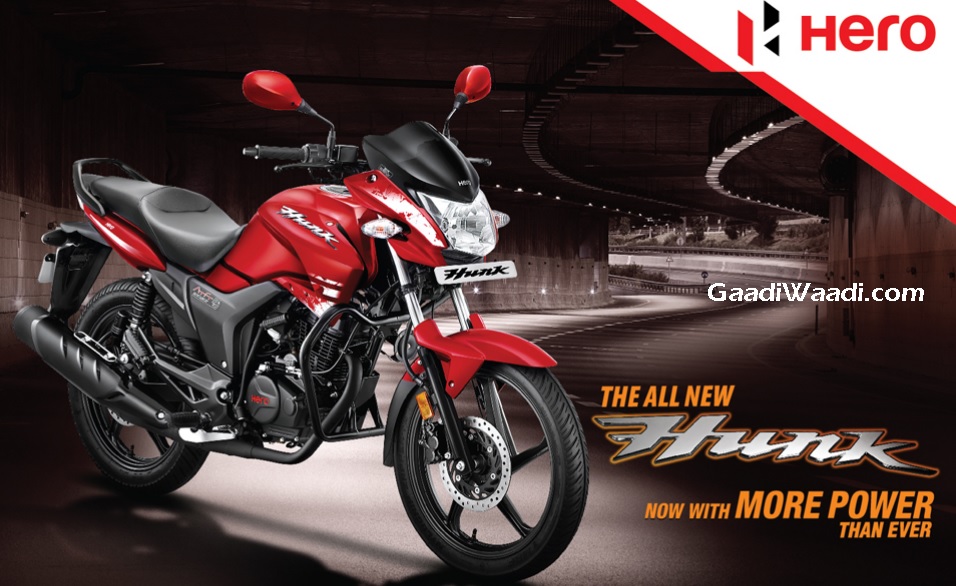 After launching Xtreme Sports and facelifted Xtreme, Hero launched an upgraded Hunk facelift in the middle of last year. One of the used-to-be bestselling 150 cc motorcycles from the brand’s stable, the Hunk seemed to have lost traction against the modern Pulsar, FZ and Gixxer models but now it has been updated with BS4 compliance just to be sold in the Indian market.

The Indian government’s mandate of upping the emission standards has resulted in the whole industry being shifted to BS4 regulations as the sales of older BS3 spec motors are restricted by the Supreme Court from this month onwards. Hero has updated its entire range as like other brands and Hunk is one of the models subjected to that modification. Design wise, the Hunk remains identical as before. All black theme is seen on the lower part of the motorcycle which includes the suspension, alloy wheels and piano black heat shield. The same instrument cluster introduced last year is also seen on the bike. Prominent and protruding tank scoops at the sides still can be seen and they have vents in them for channeling air. Same headlights, tail lamps and other cycle parts remain as usual. 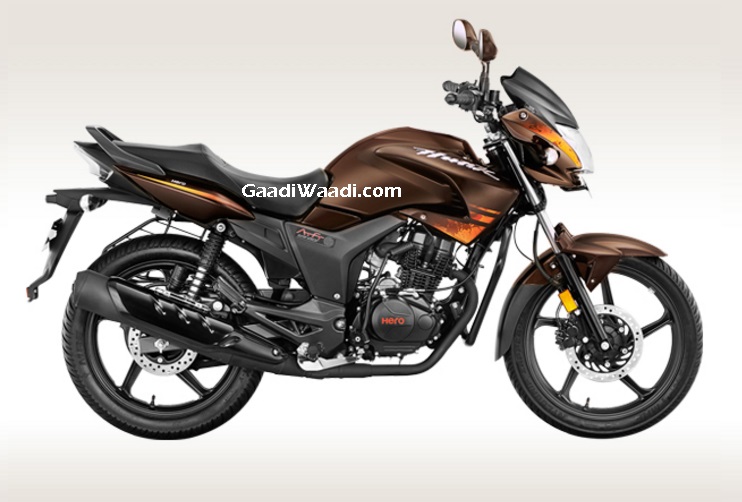 Being a Hero it has been priced very aggressively. Starting at Rs. 71,020 for the front disc and alloy wheel variant, the dual disc option is available at Rs. 74,120. Hero says, ‘More power than ever’ for the motorcycle. The Indian two-wheeler manufacturer last year applied the same Xtreme engine treatment which allowed for making 15.6 bhp of power and 13.5 Nm of torque – up from 14.2 bhp and 12.8 Nm torque on the older model.

Compression ratio was raised along with certain changes to ignition for better performance and efficiency. Bore and stroke remained identical as before. Valve train layout also remained same as it has overhead camshafts and not single or dual unit. The same engine has continued for this year as well in addition to changes that made it comply with BS4 emission standards.

This CV Type with Carburettor engine is set to deliver around the 40-45 kmpl in real life city riding conditions. Expect highway mileage to reach around the 50 kmpl mark.

The motorcycle will be fighting against the likes of Suzuki Gixxer, Honda Unicorn 160, Bajaj Pulsar 150, Pulsar AS 150, Yamaha FZ and CB Hornet 160R. The competition is tough for Hero 150cc bikes as they remain commuters with more power while the segment has gone more sportier despite manufacturer from the rival side have the same commute oriented motorcycles in their portfolio as well.