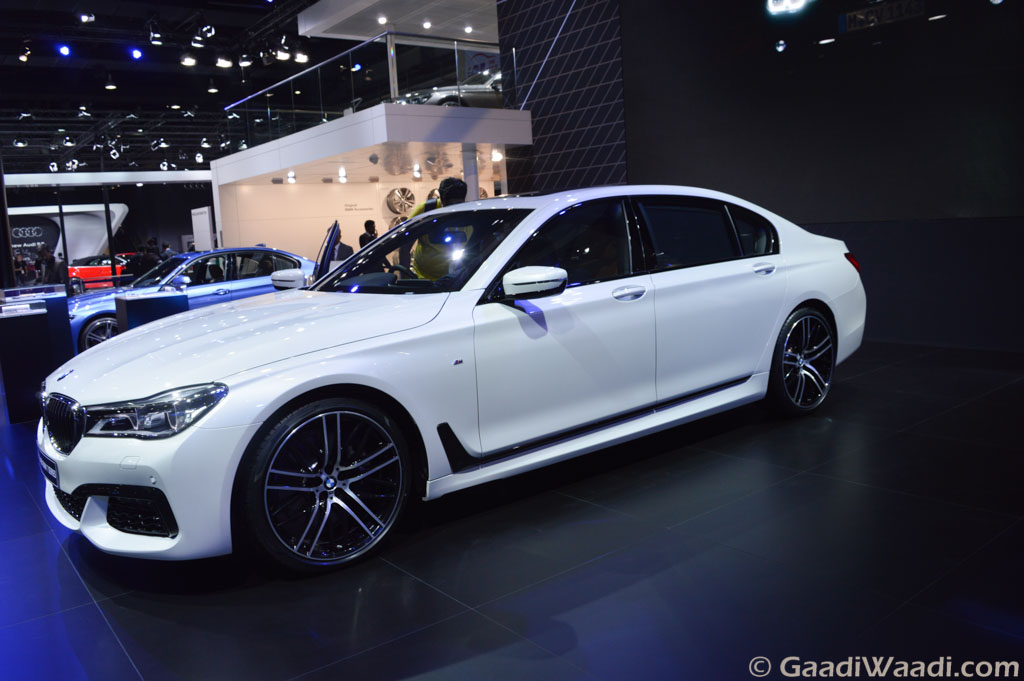 BMW has taken covers off the new generation 7 Series at the Auto Expo 2016 as part of the whole host of products slated to enter in to the Indian market after losing out comprehensively to luxury segment segment leader Mercedes-Benz and Audi last year. After almost nine months since first premiered at Munich, the 2016 BMW 7 Series will be a serious contender to the likes of Mercedes S Class and Audi A8 and comes packed with plentiful features.

It retains the well-known front fascia with larger signature dual kidney grille found in the centre of LED headlamps on either side or optional laser head-lamps, front fenders gets severe chrome influence, LED treatment for fog lamps, L-shaped tail lamps just an in the recently updated BMW 3 Series, etc. 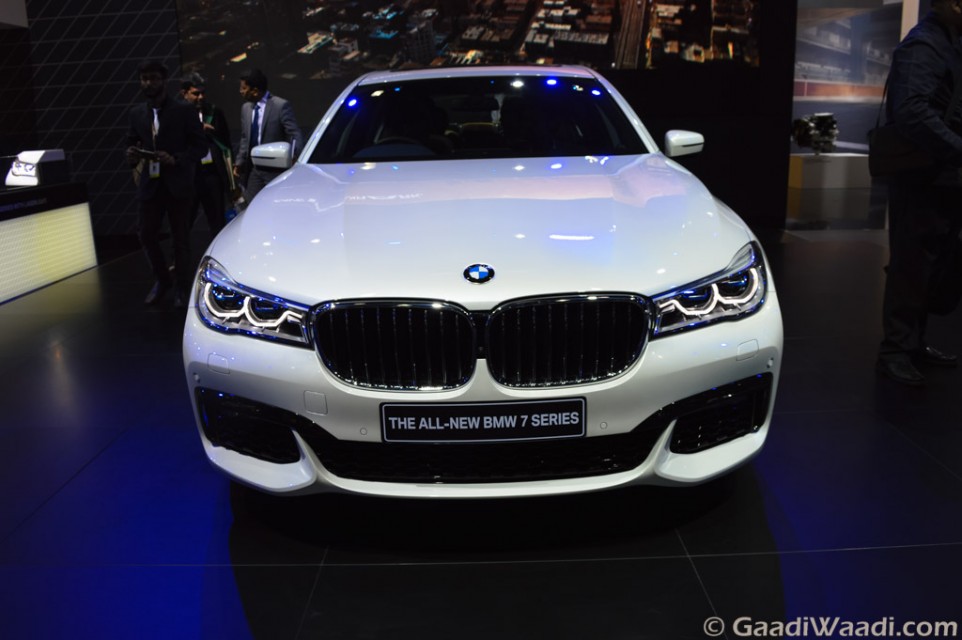 It will continue to be available in both standard and long-wheelbase models and on the inside the luxury limo is adorned with Dakota leather or Nappa leather upholstery along with opulent wooden trim and aluminum accents on the dashboard, new iDrive touchscreen infotainment system with gesture control feature, metallic switchgear and touch sensitive controls for ease of use. 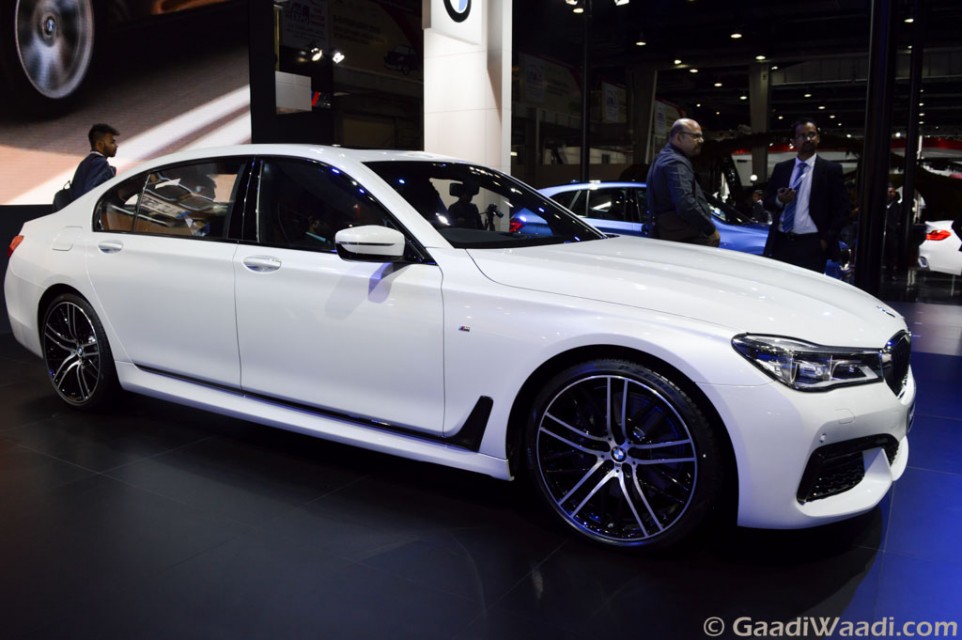 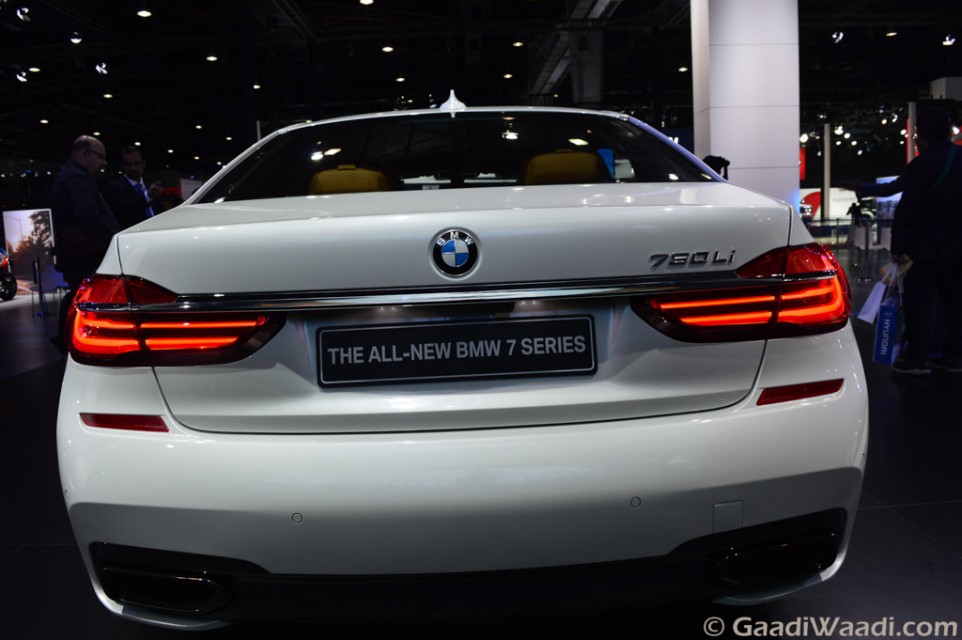 For the international markets, the new BMW 7 Series is powered by a 4.4-litre TwinPower Turbo V8 petrol churning out 445 bhp and 650 Nm of torque. The car can get from 0-100 Kmph in just 4.4 seconds before reaching a top speed of 250Kmph. The two engine options more likely to appear for our domestic market are a 3.0-litre TwinPower Turbo six-cylinder petrol engine produces 320 bhp and 450 Nm whilst a similarly displacing diesel motor generates 259 bhp and 620 Nm.

The xDrive plug-in hybrid features a 2.0-litre TwinPower Turbo four-cylinder petrol combined with a 93 bhp electric motor and a lithium-ion battery pack enabling a maximum power of 320 bhp. The car can go from 0-100 Kmph in 5.5 seconds and reach a top speed of over 240Kmph. The hybrid system makes the limo cover up to 40 km on full-electric mode at speeds up to 120Kmph. 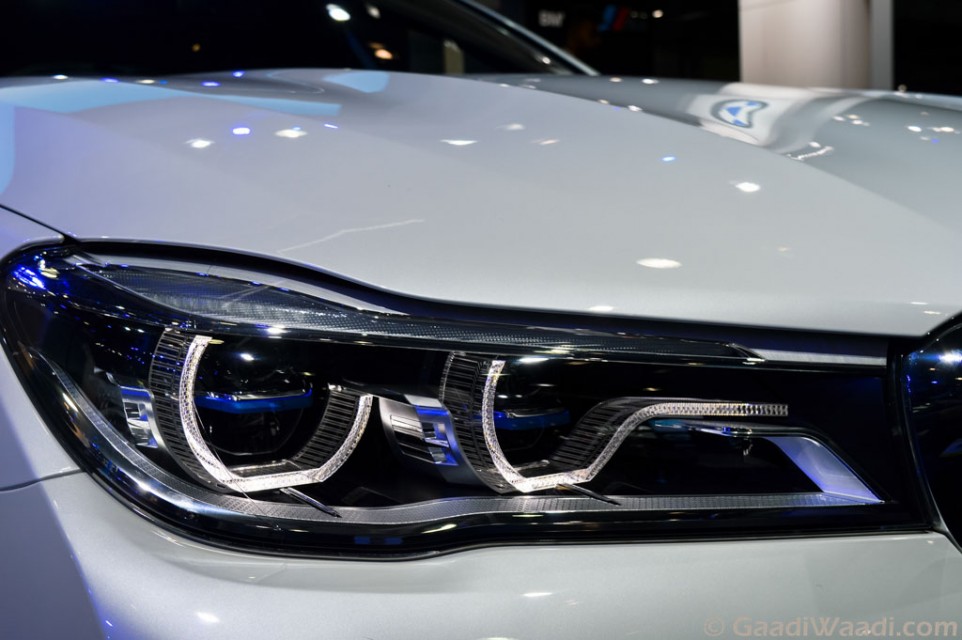 Some of the driver aid and safety features provided in the new 7 Series are active chassis control system with an electro-mechanical active roll stabilisation on the Executive Drive Pro package and a two-axle air suspension with automatic self-levelling and Dynamic Damper Control.