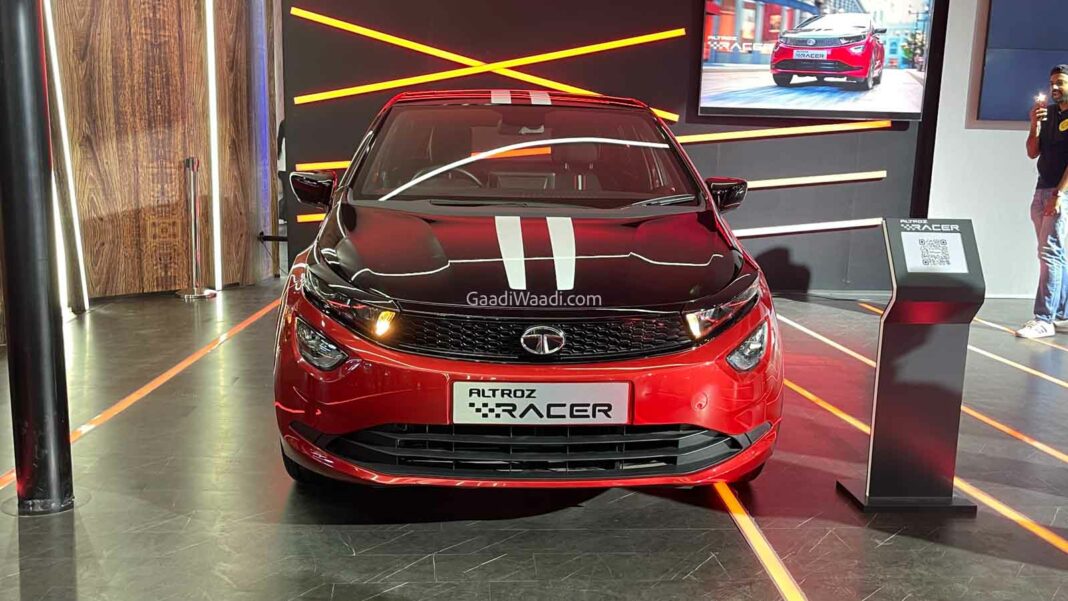 Tata Altroz Racer gets visual and interior enhancements and is powered by a 1.2-litre three-cylinder turbo petrol engine developing 120 PS and 170 Nm

Tata Motors has had a busy outing at the 2023 Auto Expo by showcasing a host of new models and concepts. The Avinya concept based on the Gen 3 skateboard platform has made its first public appearance but the real highlights are undoubtedly the near-production iteration of the Curvv midsize SUV and the electrified take on the Harrier dubbed the Harrier.EV.

Besides unveiling new technologies and models related to the commercial vehicle space, the homegrown manufacturer has also lifted the cloaks off the CNG versions of the Punch and Altroz with India’s first twin-cylinder CNG technology in the PV segment. The Altroz’s hotter version dubbed the Altroz Racer is also on display and let’s have a closer look at it here.

The Tata Altroz made its domestic premiere as the first model underpinned by the ALFA (Agile Light Flexible Advanced) platform and the Impact Design 2.0 philosophy worked wonders for the premium hatchback as the five-seater is one of the best-looking models in the volume space. The Altroz Racer does take it to the next level with visual and mechanical upgrades. 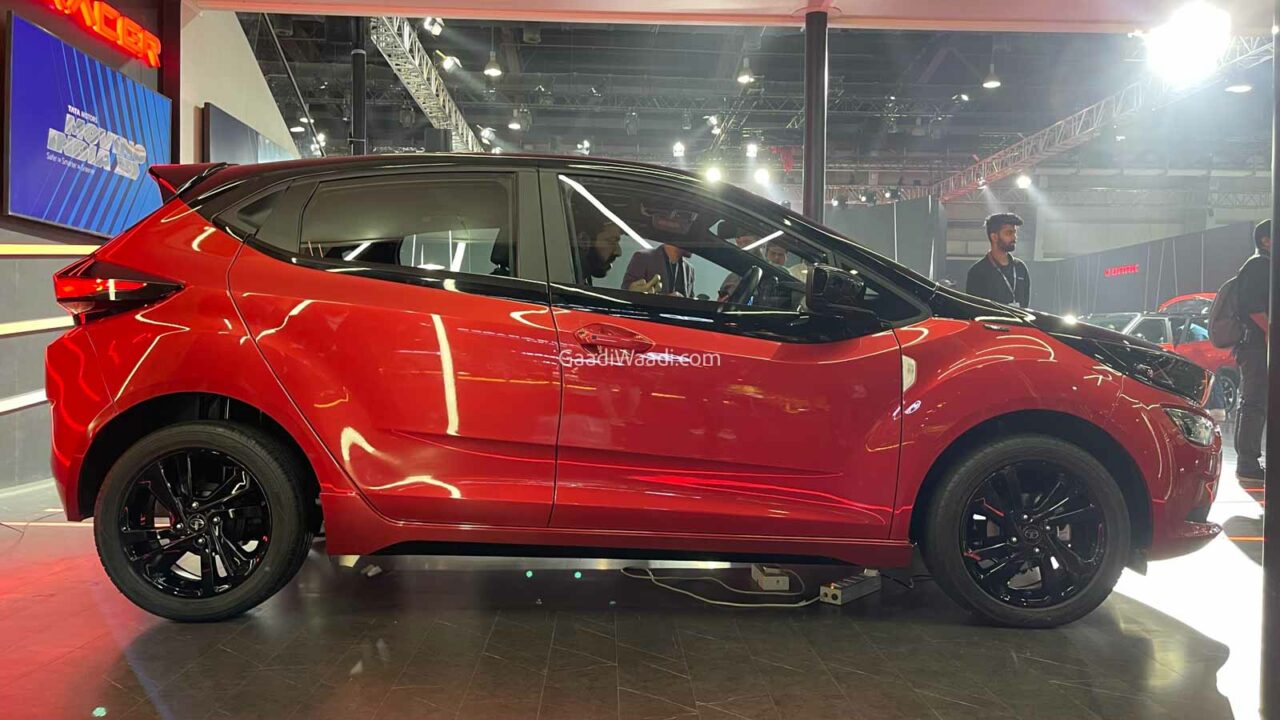 The Altroz Racer is equipped with a 1.2-litre three-cylinder turbo petrol engine used in the Nexon and it develops a maximum power output of 120 PS and 170 Nm of peak torque. It is paired with a six-speed manual transmission and expect the sportier model to be launched in the coming months to take on Hyundai i20 N Line, which makes 120 PS and 172 Nm utilising a 1.0-litre three-pot turbo GDI petrol mill.

To differentiate itself from the regular variant, the Tata Altroz Racer gains a two-tone red and black body shade. The glossy black finish can also be seen on the pillars, around the window frame area, roof, integrated roof spoiler and over the sculpted bootlid. The blackened multispoke alloy wheels add to the visual appeal. The interior also gets the contrast red treatment surrounding the AC vents, seats and gear lever area. It is based on the top-spec variant and comes with a number of premium features including a floating touchscreen infotainment system, a seven-inch TFT display, a flat-bottom steering wheel, cruise control, and so on.