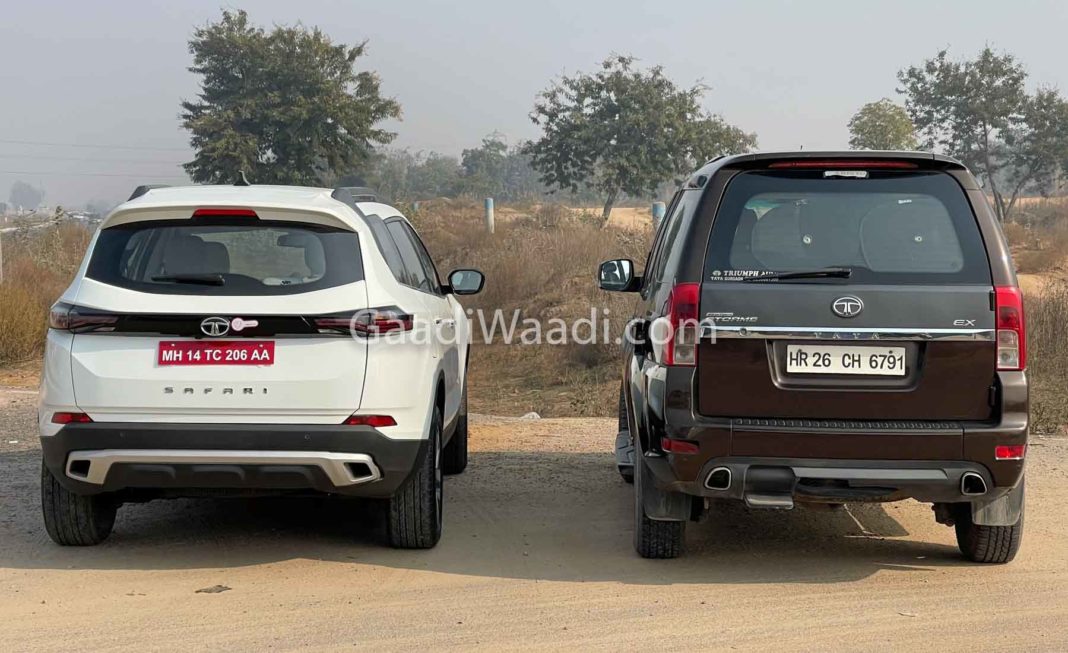 Tata discontinued the iconic Safari Storme in the Indian market once the BS6 emission norms came into action last year. However, now almost a year later, the Safari nameplate has been revived in an all-new avatar. The three-row Gravitas showcased at the 2020 Auto Expo, was renamed Safari, and the SUV has now been launched in the Indian market at a starting price of Rs 14.69 lakh (ex-showroom).

The 2021 Tata Safari might have given up some of the off-road creds of the Safari Storme but is miles ahead of the old-gen model as far as premiumness and equipment are concerned. That said, here is a list of the top 10 premium features that the 2021 Safari offers over its predecessor, take a look –

A few years ago, a sunroof was considered a luxury feature that only high-end cars were entitled to. Moreover, Tata Motors did not find it feasible to offer sunroofs in its cars. However, the carmaker caved into the ever-growing trend of sunroofs, and hence, the 2021 Safari gets a large panoramic sunroof which makes the cabin feel airy.

That said, the 2021 Safari can be had with either a 6-seat or a 7-seat configuration. The former gets captain chairs in the middle row, while the latter gets a bench-type seat.

While the Safari Storme did get an inbuilt music system, the new-gen model of the SUV comes with a 22.35 cm (8.8-inch) floating touchscreen infotainment system that sits in the centre of the dash. The infotainment unit offers Apple CarPlay and Android Auto connectivity on the go.

While the Safari Storme came with analogue speedometer and tachometer dials, the 2021 Safari gets a semi-digital instrument cluster with a 7-inch display. The digital screen displays the tachometer on the left side, while the middle of the screen displays vehicle-related information like trip meter, distance-to-empty and power and torque. Other info includes door ajar warning with a graphical representation, as well as drive modes with graphics and voice prompts. 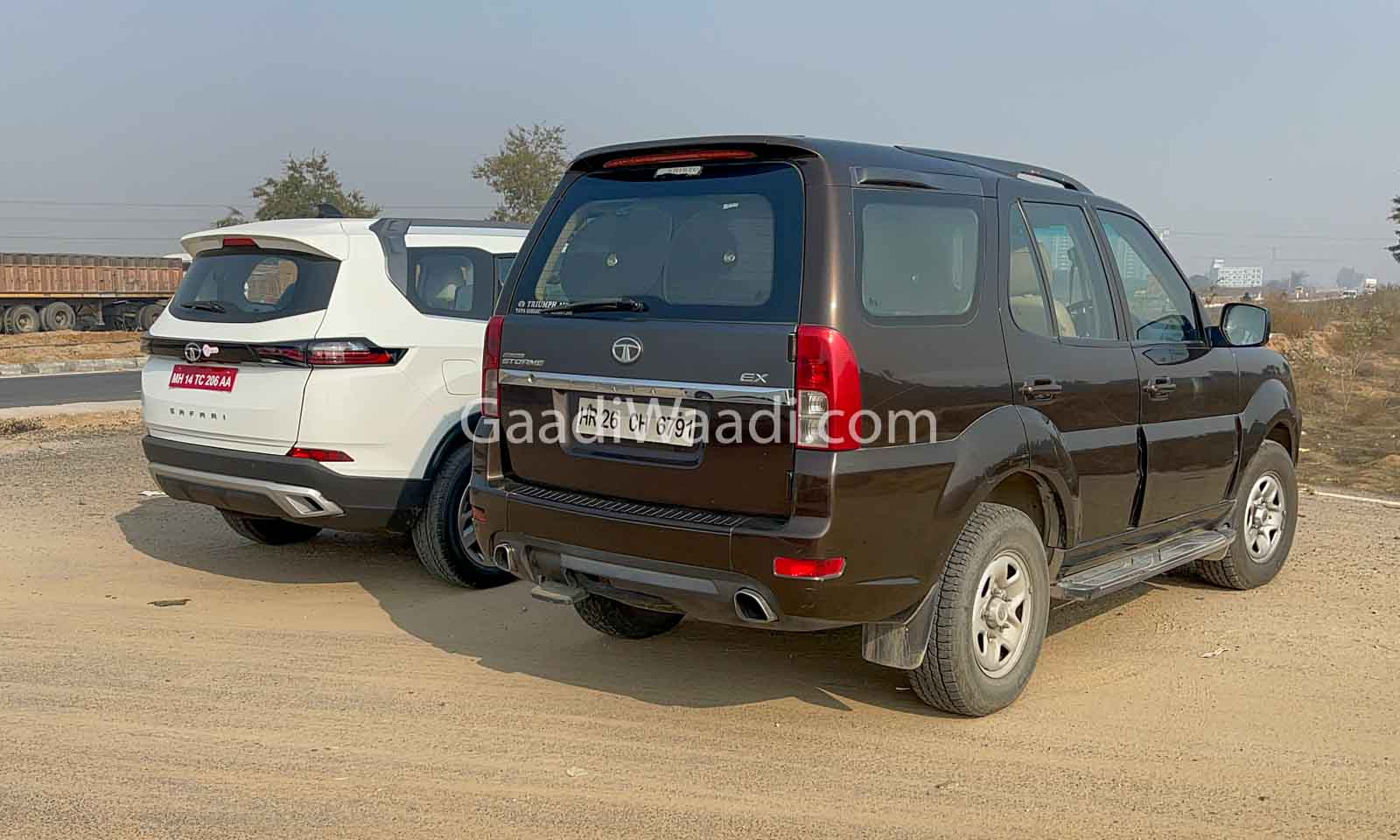 The Safari Storme offered manual adjustment for the front seats, but the 2021 Safari gets a 6-way powered driver’s seat which will help you find the perfect driving position as per your requirement.

The top-end variants of the new-gen Safari are being offered with a 9-speaker JBL premium audio system, which includes 4 speakers, 4 tweeters and a subwoofer with an amplifier. The acoustics have been tuned by JBL as well. 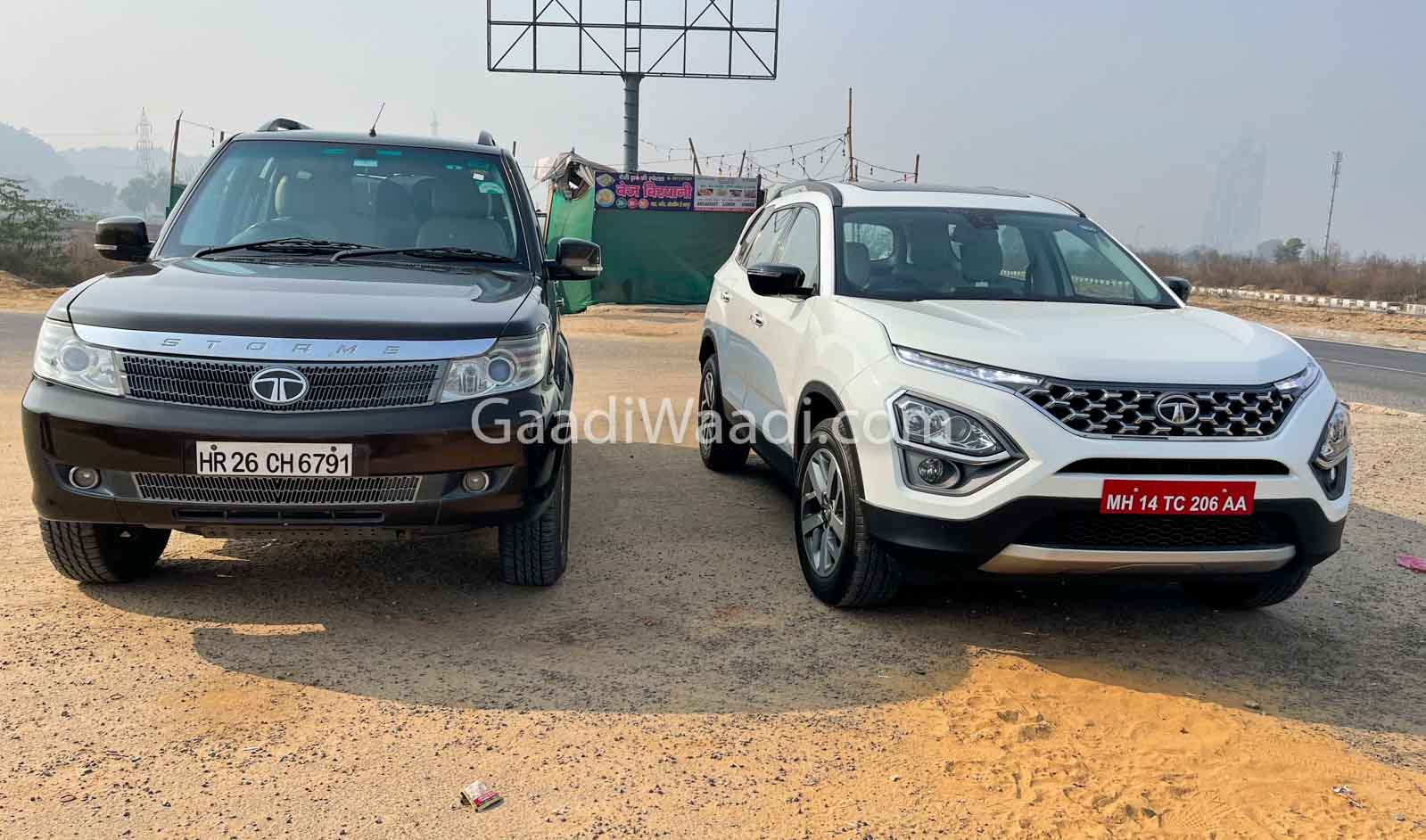 While the Safari Storme came equipped with a conventional hand brake, we expected the 2020 Safari to be offered with an aircraft-style parking brake, just like the one seen on its five-seat sibling Harrier. However, Tata is offering the new Safari with an electronic parking brake that comes with an auto-hold function.

While the Safari Storme was pretty bare-bones as far as safety tech was concerned, the 2021 Tata Safari has been packed up to the brim with safety features, including ESP-based off-road modes, hill hold control and hill descent control, ABS with EBD, 6 airbags, traction control, corner stability control, electronic stability program, rollover mitigation, rear parking sensors, reverse parking camera and so on.