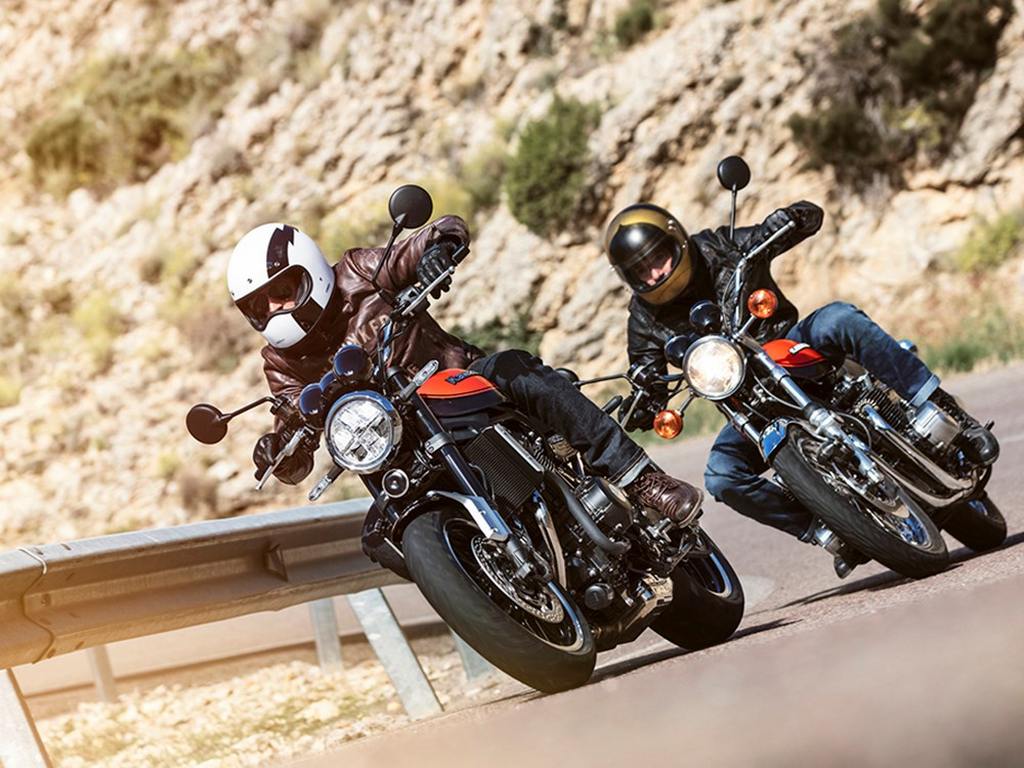 Kawasaki Z900RS is a 948 cc naked retro roaster brought into India via CBU route from Japan; made available in Candytone Brown and Candytone Orange colours

Kawasaki revealed the all-new Z900RS at the 2017 Tokyo Motor Show before making European debut at EICMA in Milan. It effectively addresses the long anticipated tribute for the original Z1. The retro naked roadster instigates the legendary spirit of the Z1 and is hoping to make huge impact in the global markets due to its uniqueness compared to other motorcycles in the brand’s lineup.

With its authentic stance and powertrain from the Z900, it is almost certain of carving a name for itself. Another highlighting factor is the 948 cc liquid-cooled engine making 110 bhp and 99 Nm and is re-calibrated to pump out lower peak power amidst a stronger midrange for more punch below 7,000 rpm. It boasts a number of advancement assistance features like traction control and radially mounted brake calipers among others. 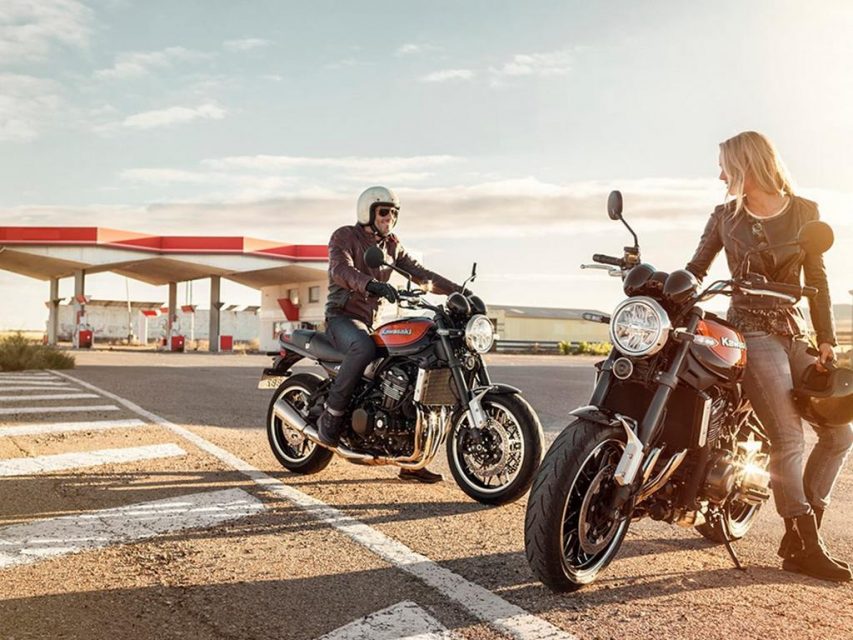 It also boasts LED lighting that the Z900 does not possess and the appealing flat waistline is for the blue-blooded retro purists in our opinion.  The naked roadster has a 17-litre fuel tank as similar to the Z1 while the chassis has been thoroughly redesigned for accommodating ideal tank position and to bring a sleek design. With the priority being put on it, other elements were decided like the length of the seat and tail cowl.

The exhaust layout, made of high quality stainless steel and treated to a buff finish, is rather subtle unlike the four-pipe unit in the Z1 as the collector and header pipes are converging into one piece with no connector pipes or exhaust valve. It makes the overall design smooth and unmistakably retro. It could be a downer for some but it is the need of the hour for such a beautifully crafted motorcycle. 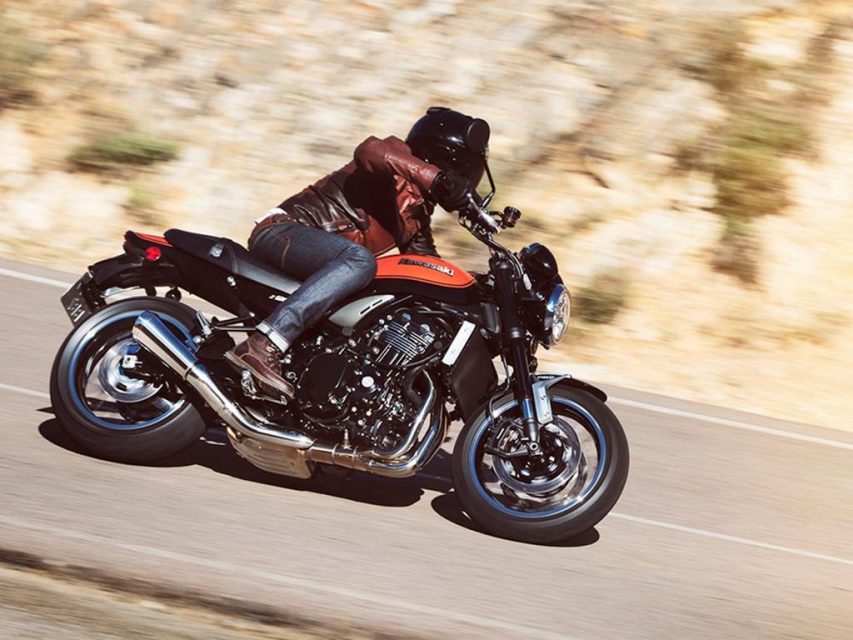 The handlebar is expectedly flat and wide and is said to provide better grip for different rider positions. Compared to the Z900, the Kawasaki Z900RS has the bars 35 mm closer, 30 mm wider and 65 mm higher allowing for a more upright stance. The seat height is measured at 835 mm while the ERGO-FIT low seat can be optioned out which helps reduce the seat height by 35 mm. Relaxed riding position is ensured by the footpegs that are 20 mm lower and as much forward.

As for the instrument display, there are analogue speedometer and tachometer dials with LCD screen found in the middle featuring gear indicator, odometer, dual trip meters, fuel gauge, range indication, coolant and external temperatures, clock and the Economical Riding Indicator. It can be covered with accessory panel as a shout-out to the 70s. 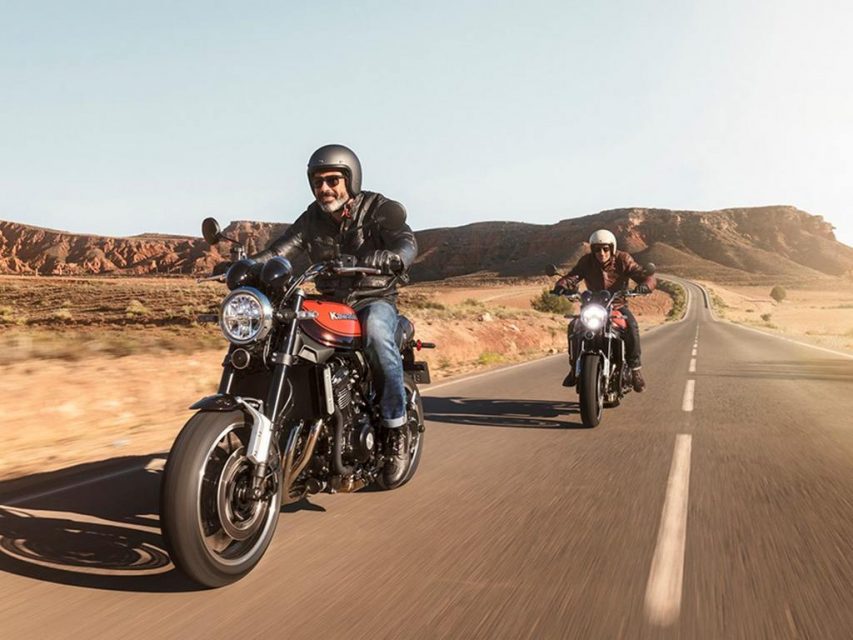 The Kawasaki Z900RS comes equipped with two-mode traction control that can be turned off: Mode 1 for maximum acceleration and torque wheelies; and Mode 2 for better safety during slippery conditions. From a big list of tyre options, giving rise to all-weather and track day sets, owners can choose rim sizes or stick with the standard Dunlop GPR 300 rubber. The new cast wheels have flat spokes design to give classic wire spoke appeal.

The Z900RS has finally entered India today but with an extravagant price of Rs. 15.3 lakh (ex-showroom) as it is brought into the country via CBU route from Japan. The pricing could disappoint a large band of enthusiasts. It is made available in Candytone Brown and Candytone Orange paint schemes only as Metallic Spark Black, Metallic Matte Covert Green and Flat Ebony will be missed for now. 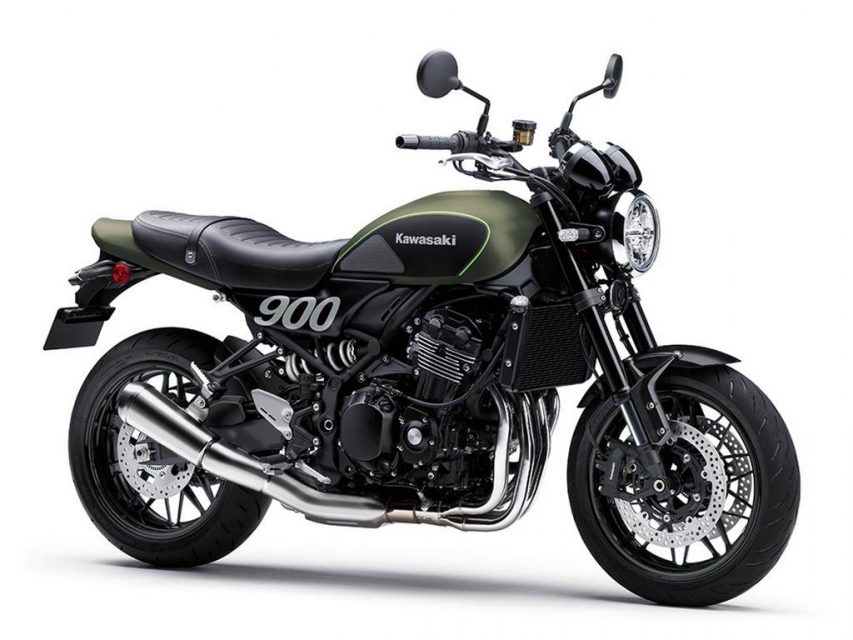 The Z900RS takes the 41 mm inverted front fork from the Z900 streetfighter with compression and rebound adjustability for precise riding characteristics. While the fork bottoms now support radial calipers, the motorcycle is fitted with Horizontal Back – Link rear suspension adjustable for rebound and preload as opposed to the twin rear shocks in the original Z1.

The braking duties are performed by 300 mm front discs with radial mounted calipers and radial pump front brake master cylinder. The Z900RS is easily tech-rich than its Z900 sibling and multiple design variations were taken into account before choosing the production styling. The double walled pipes converge into the collector before outputting exhaust gases via a mono silencer. 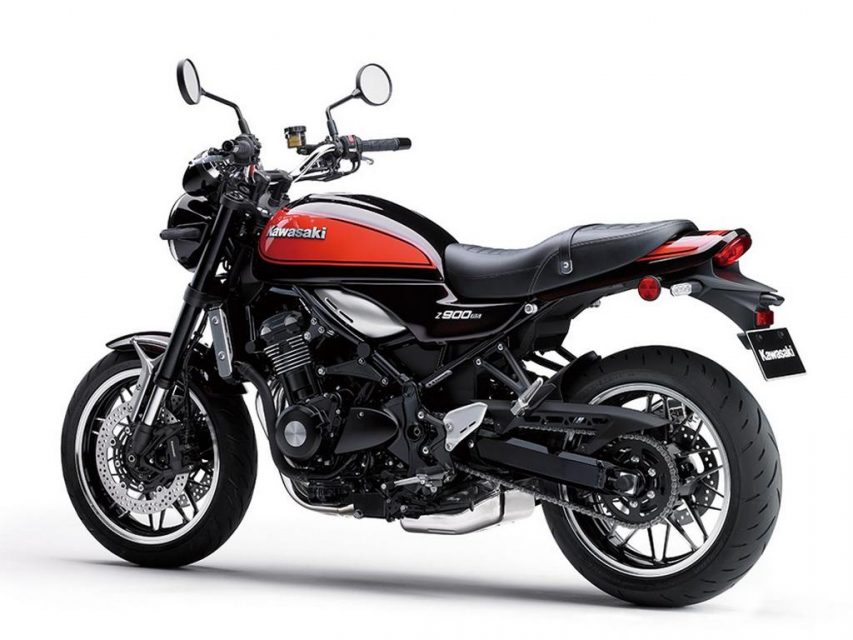 The LED headlamp has 17 cm diameter and casts white light from six chambers while the position lamps are in the high-beam chambers ensuring the whole unit to be lit like a retro bulb headlamp. The rear cowl design was inspired by duck-bill tail cowl in the Z1 and the surface-emitting LED tail lamp’s oval design is also inspired by the vintage model.