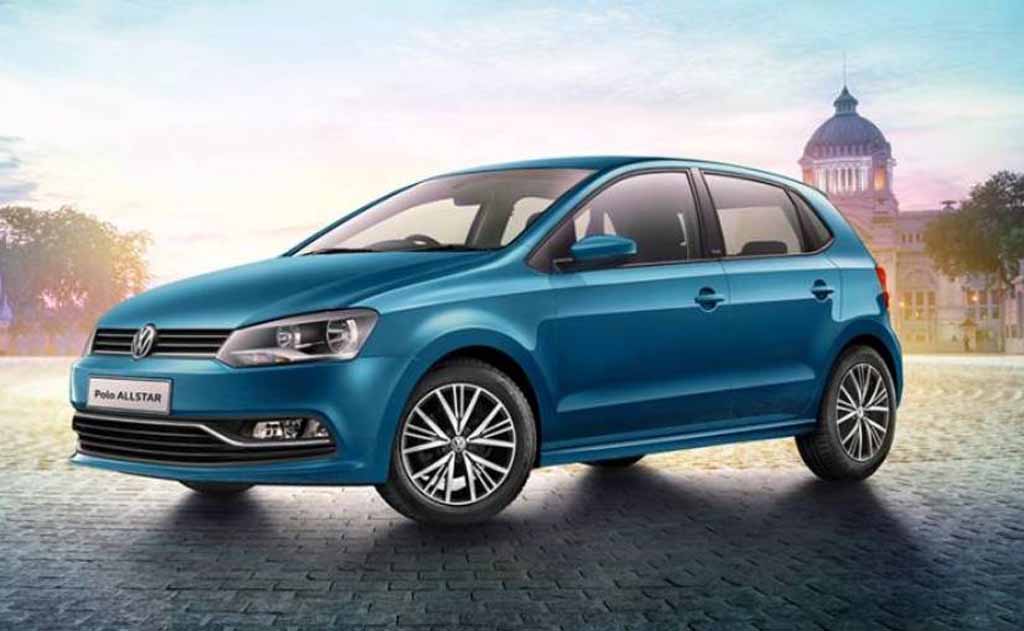 To celebrate the arrival of the 2016 UEFA European championship (Euro 2016) about to held in France from June 10 to July 10 this year, Volkswagen introduced the special edition models for almost its entire range last December. As a way of promoting the football tournament, the special models were monikered as Allstar editions.

The models featuring the Allstar badge are Polo, Golf, Golf Cabriolet, Golf Variant, Golf Sportsvan, Sharan, Scirocco, Jetta, Beetle and Beetle Cabriolet. The special edition package is available in German and other parts of Europe and all of them come with identical exterior and interior changes. Volkswagen said that customers will save more money in this package instead of fitting them separately on the stock model during their European launch. We put the emphasis on the Polo Allstar edition as it was spotted testing in India early on and was expected to launch during the festive season.

The Polo Allstar was also showcased at the 2016 Geneva Motor Show giving us a glimpse of how it will look. After months of waiting, it has finally been introduced into the Indian market. Here is everything you need to know about the limited edition Polo:

Volkswagen has listed the Allstar edition of Polo on its official Indian website and it could be made available in limited cities. A formal launch announcement is expected to be conducted in the next few days.

The German automaker has priced the Polo Allstar Rs. 7.51 lakh for petrol and Rs 9.07 lakh for the diesel versions (ex-showroom, Mumbai). Compared to the top-end variant, the Polo Allstar costs Rs 30,000 more and for that you will have cosmetic updates and added equipment. No automatic seven-speed DSG transmission is present as both petrol and diesel versions will have to stick with conventional five-speed manual. The petrol Allstar is claimed to deliver 16.47 kmpl while the diesel Allstar’s fuel economy is rated at 20.14 kmpl. For the foreign markets, the Polo Allstar gets power from a 1.0-litre TSI turbocharged petrol motor developing a maximum power output of 108 hp. The engine is connected with a six-speed manual transmission. The fuel economy was claimed at 23.26 kmpl in the European test cycle whilst emitting 99 g/km of CO2.