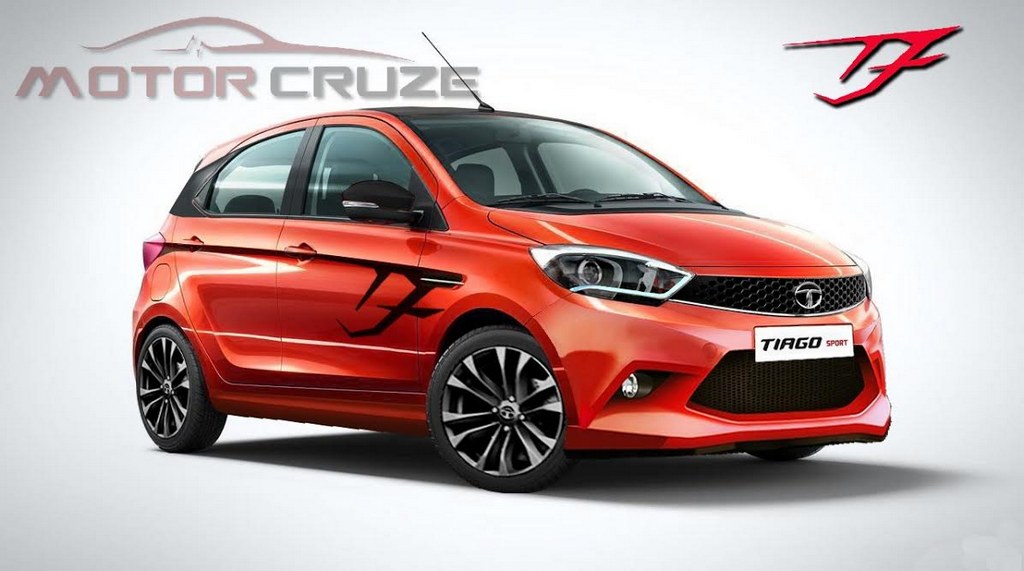 Ever since the launch of Bolt and Zest, Tata Motors is evidently trying to change the brand perception with an all-new design language and a new family of small-capacity engines. Despite the Bolt and Zest pair did not go well as Tata would have planned, the brand was left unfazed and quickly turned the balls with the entry of the Tiago small hatchback. The Indian automaker seems to have big development plans in the pipeline as the appearance of Hexa MPV and Nexon compact SUV are eagerly anticipated.

Before entering a new product, Tata is reportedly looking to leverage the popularity of the Tiago, which is now the top-selling vehicle in its portfolio, with a performance-oriented model. Tata displayed the hot hatch version of the Bolt hatchback at the Geneva Motor Show last year before making Indian debut at the Auto Expo 2016 earlier in February. However, the Indian conglomerate opted to ditch the idea of putting it into production to make way for a hotter Tiago according to internet reports. Courtesy of MotorCruze, the rendered image of the Bolt Sport gives us some of the essential details that have to be considered while introducing the model like the sharper body kit and side skirts, aggressive set of alloy wheels, sporty body graphics, etc. It has been rumoured to bear the name ‘Tiago Plus’ and could be all set for a launch during the festive season and more specifically in November.

The all-important power source could be the same engine propelling the Bolt Sport producing a maximum power output of 120 PS or Tata is more likely to go with a turbocharged version of the Revotron petrol motor that currently does duty in the regular hatchback. In its current state, the petrol mill makes 85 PS and 114 Nm of peak torque. The petrol AMT version of the Tiago is also expected towards the end of this year to further boost the sales numbers.

The decision to produce a performance-based Tiago might have come from the popularity it enjoys despite being positioned a step below the Bolt. The latter averages 1,000 units of sale a month while Tiago has recorded steady increase in deliveries from around 3,000 examples in April to over 5,100 last month. One distinct advantage Tiago has is its market position as Tata could undercut the upcoming Maruti Suzuki Baleno RS, VW Polo GTI and Fiat Abarth Punto with the hotter Tiago.